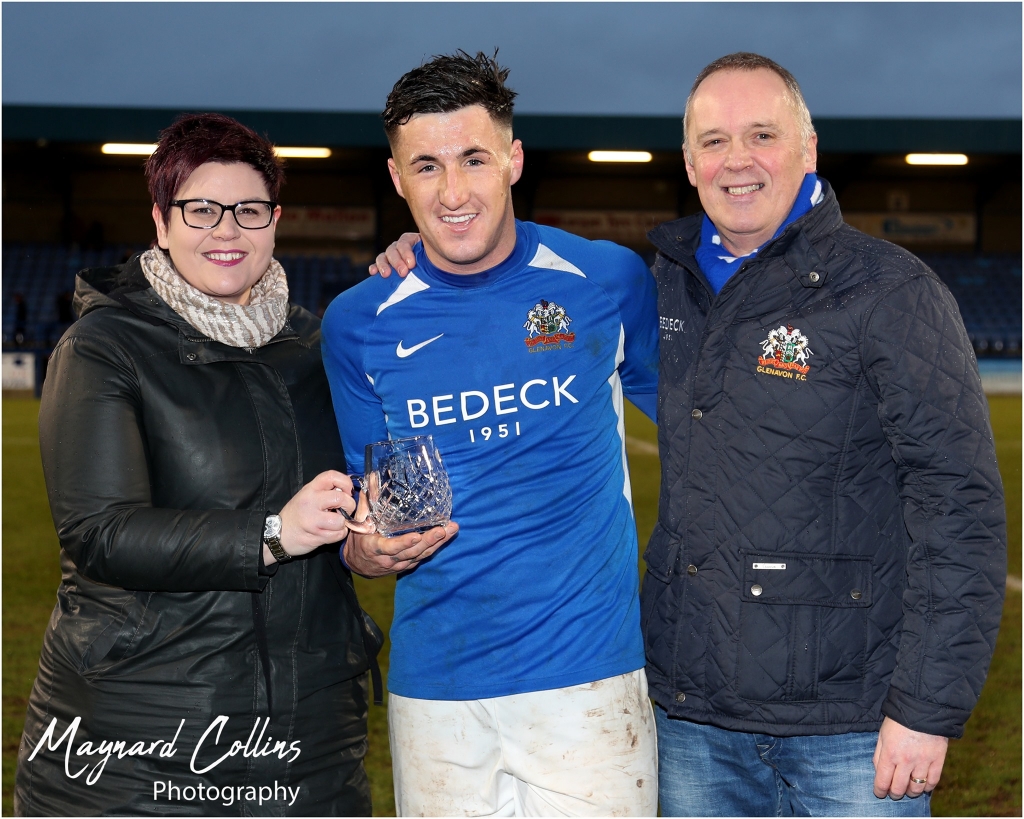 Claire Hall and Ian Hall presented Danny Purkis with the January 2020 POM award on behalf of the Triangle GSC who sponsor it.

Danny Purkis has made a big impact since joining the Club in January, so much so that he has won the Player of the Month Award for the month. Danny has impressed with his all-round performances up front and scored on his first two appearances, helping to earn a comeback draw on his debut against Institute and contributing a goal in the 3-0 away victory against Ballymena United.