Glenavon Football Club are delighted to confirm the signing of experienced centre half Colin Coates from Crusaders.

The 34-year-old joins on an 18-month contract, with the option of extending the deal for a further year. 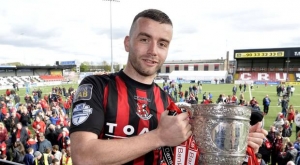 Manager, Gary Hamilton, says he is over the moon at signing the defender, who was capped six times for Northern Ireland.

“If I look around our dressing room there aren’t too many players who have won trophies. Colin has won three league titles, two Irish Cups, the League Cup and the Setanta Cup so he will bring a winning mentality to the club.

“It reminds me of signing the likes of David Rainey, Winkie Murphy, Kyle Neill and Ciaran Martyn – these were all boys who on the other side of their careers but they were all winners.

“He’s a player that I never liked playing against because he always wants to win. Those players tend to be the best, and Colin has been one of the best in the league for some time.

“Colin has been a one club man and I have a respect for the loyalty he has shown Crusaders. I have to thank Stephen Baxter too for the way he has dealt with the transfer.” 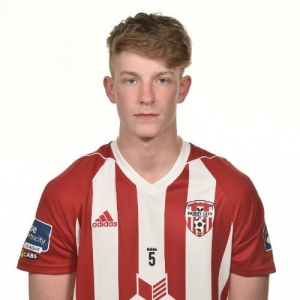 Gary also confirmed that the club has signed striker Cathal Farren on a short-term contract.

He continued, “Cathal was on the books of Derry City and played alongside Josh Daniels at one stage, when he was tipped to be the next big thing. He left them but has rediscovered his love for the game at Donegal club Cockhill Celtic.