This is match number 16 of the Danske Bank Premiership, rearranged for Tuesday night after the original game was postponed due to International callups back in November. It means that the two sides will meet twice in the space of under four weeks with Glentoran coming to Mourneview for Matchday 30 on February 22nd.

In between, Glenavon has next Saturday off following their exit from the Irish Cup before hosting Crusaders on Saturday February 8th. 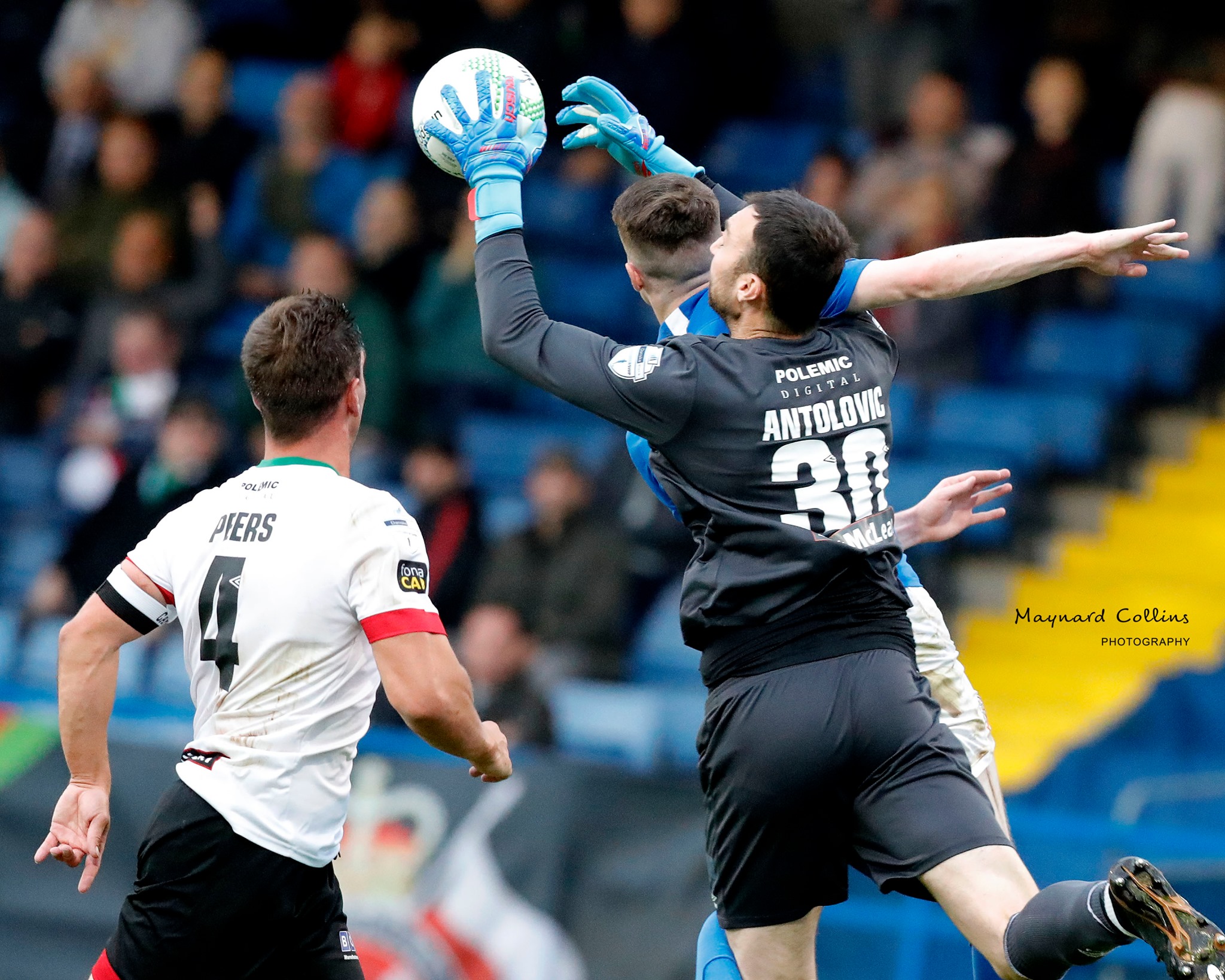 Speaking after last Saturday’s 8-1 defeat by Linfield at Windsor Park Gary Hamilton said “It’s going to be difficult for the boys to put that behind them but the good thing is, there’s another game straight away. They don’t have to wait and there’s an opportunity to get back onto the pitch again on Tuesday night and hopefully put that behind us.

“Unfortunately we’re without ‘Ribs’ (Robert Garrett) after he was sent off and wee Skimmer (Matthew Snoddy) before he had signed, had planned to go on a short break to Rome that he’d agreed with Stephen (Baxter). We’ll go there and try to get a result as we always do. It was frustrating and embarrassing against Linfield and the boys were running on empty and they were really hurting in the changing room after but they kept going to the end and had a couple of wee half chances.

“I thought Danny Purkis was absolutely magnificent. He held the ball up, he worked his socks off and he deserved a goal for his efforts today. I thought he did really, really well today considering he was on his own up front for most of the game.

“We have to make sure that we start the game right on Tuesday night, in the first 10-15 minutes, because  we don’t want a knock on effect carried into the game against Glentoran.”

Please note that our fans should enter the ground by the main entrance at Parkgate Drive. 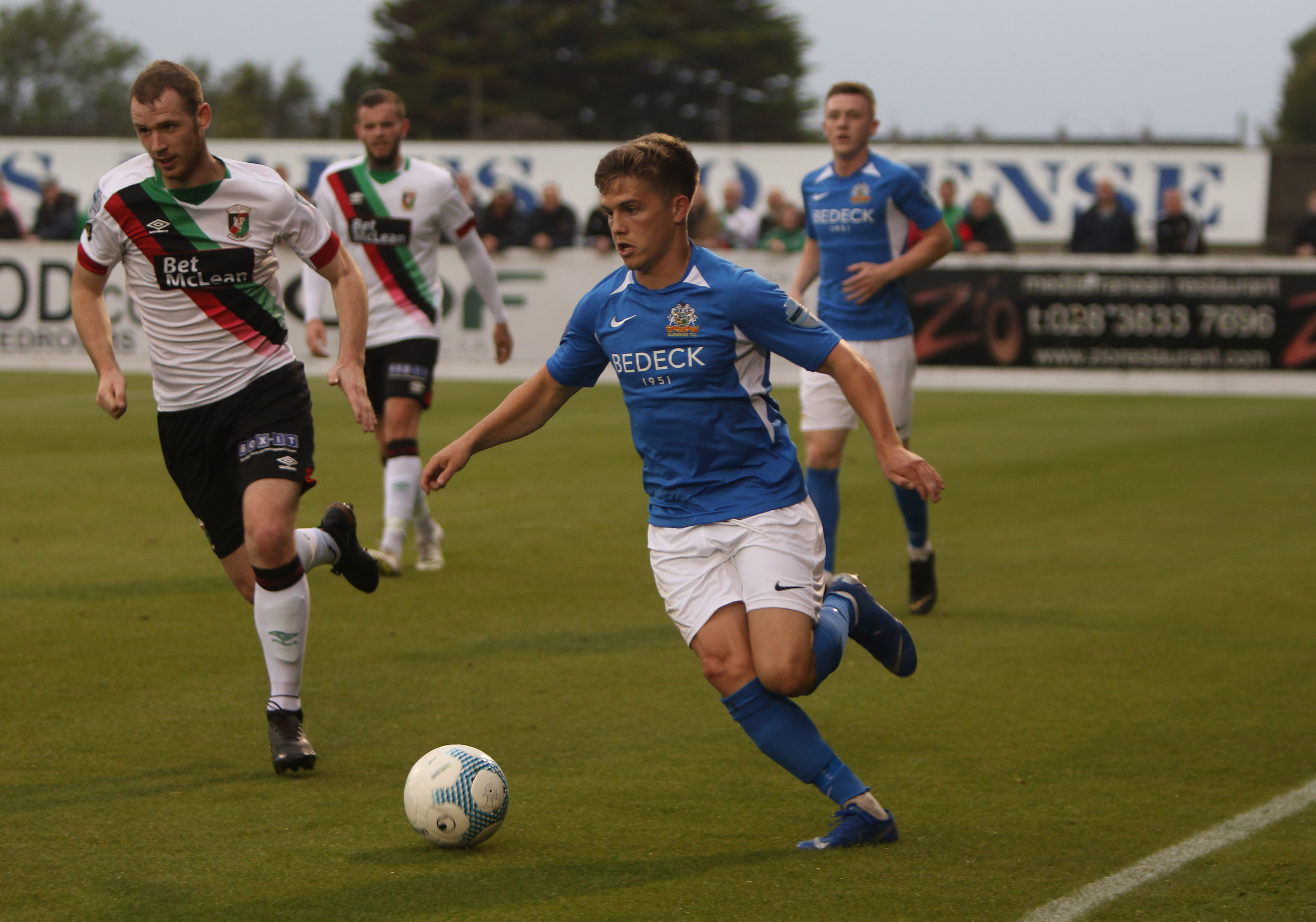 Last time the teams met back in August: Josh Daniels races down the wing. Photo by Brian Bain