Loughgall kicked off and immediately forced a good save from James Taylor who had to dive to his left to turn a shot from Peter Campbell round the post. This heralded a series of corners from the Villagers with Dale Malone’s in-swinging set-pieces putting the Glenavon defense under intense pressure but not resulting in much to test Taylor.

Campbell had another effort in the 9th minute but this time he could not direct his shot on target and Conor McCloskey had Glenavon’s best effort of the first half in the 15th minute when he crashed a shot off the face of the crossbar.

At the halfway point of the half Nathaniel Ferris got on the end of a long ball and only a timely block by Seamus Sharkey prevented his shot from hitting the target. Unfortunately ten minutes later Sharkey sustained a blow to the head and, after being checked out by Club Doctor Stephen Best, it was decided that the defender, who has only recently returned from a long period out due to concussion, would have to be replaced. Youngster Leighton Jameson, himself only back from a lengthy injury, replaced the experienced defender in the 32nd minute.

With all the goals coming in the second half at Lakeview Park, Malone’s 48th minute header into his own net from a Dylan Davidson corner put the holders Glenavon ahead before Ferris equalised four minutes later after McCloskey had been dispossessed.

Scott McCullough put the Villagers ahead with a powerful strike in the 59th minute after being played in by Ferris but McCloskey equalised with a shot off the underside of the bar less than a minute after the restart.

Ross Hunter had a chance to put Glenavon back in front in the 81st minute as he got on the end of O’Mahony’s cross but the ball bobbled as it arrived at the far post and he could only manage a weak toe poke that was easily gathered by Fintan Coney.

Ferris won the game for the Championship team in the 87th minute when he ran onto a defence-splitting pass and, with Taylor having to come out of his area to try to clear the danger, Loughgall’s leading scorer nicked it past him and finished with a lob into the empty net. 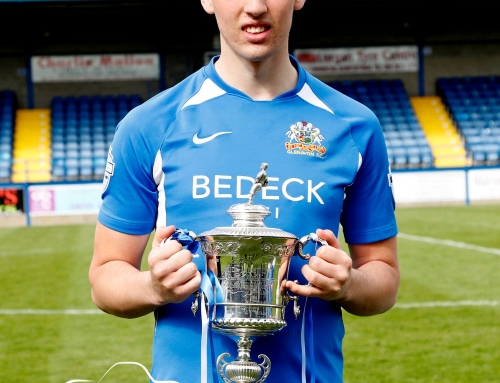 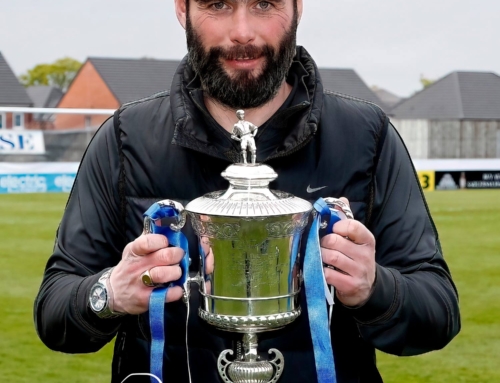 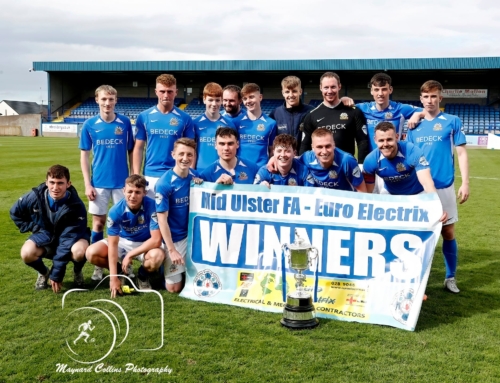