Glenavon and Shamrock Rovers have agreed terms for the transfer of Rhys Marshall and Rhys will officially join the Dublin based Premier Division club next week on a full time contract. Saturday’s Irish Cup tie against Coleraine will be his last game in a Glenavon jersey. 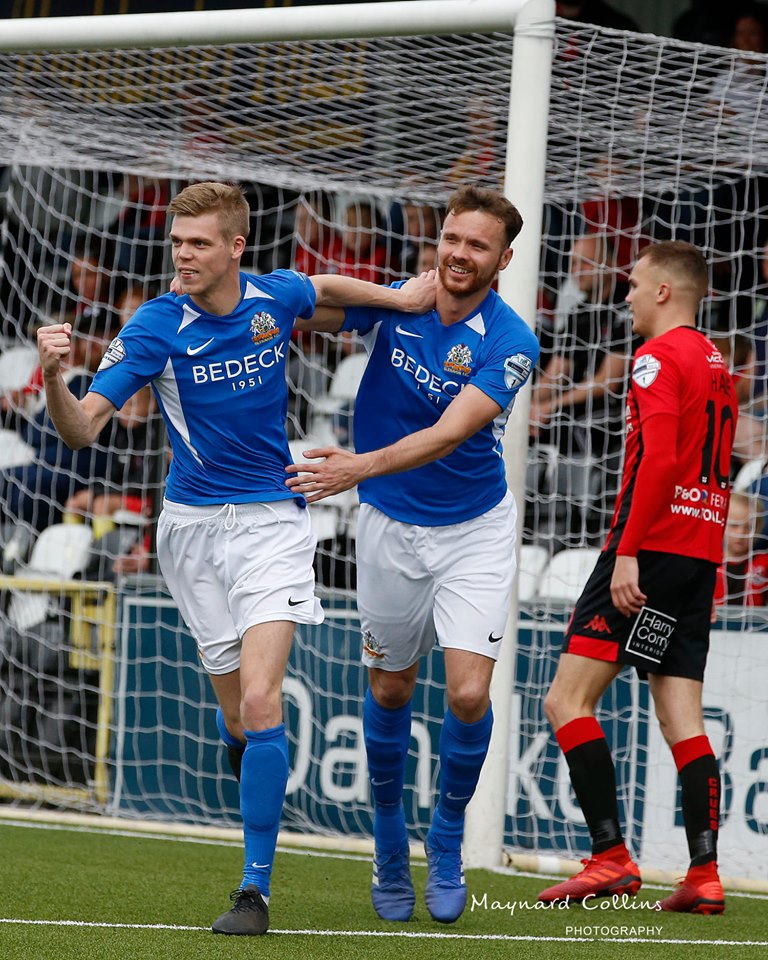 “Rhys has consistently told both myself and the chairman that he would be leaving at the end of this season in the hope of finding full time football in another league. He had stressed that whilst he would not sign an extension to his current Glenavon contract he had no wish to join another Irish League club” explains Gary Hamilton. “We had offered him an enhanced four year contract back in August which included a testimonial in the final year. Unfortunately Rhys turned it down.”

“The Board has negotiated a sensible and acceptable financial deal with Shamrock Rovers given that we were faced with losing the player for nothing this summer” explains chairman Adrian Teer. “The board is naturally very disappointed at losing a player of the calibre of Rhys. However the directors fully appreciated his long-term ambition to enter full time football and the move to the League of Ireland and Shamrock Rovers at the age of 24 provides him with the perfect opportunity to do so. Rhys will go with the very best wishes of everyone at Glenavon. He has given our club outstanding service and is well deserving of a wonderful send-off on Saturday.”

The chairman added “furthermore I would stress that, should his career path ever take him back to the Irish League, Rhys will always be most welcome to rejoin his home town club”.