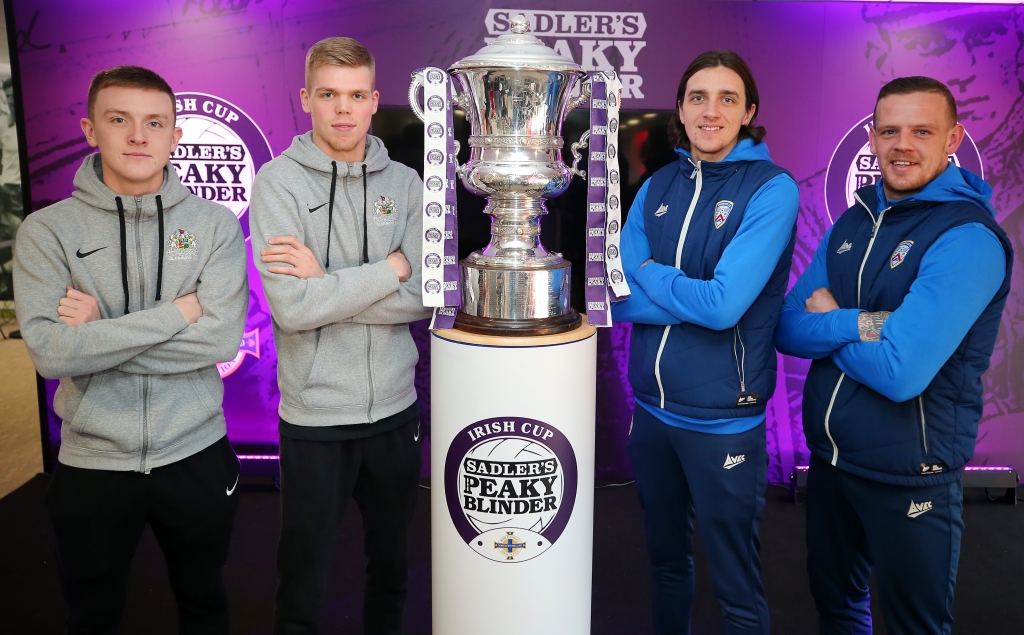 In one of only two all-Premiership ties in Round 5 of the Sadler’s Peaky Blinder Irish Cup Glenavon host Coleraine in tomorrow’s match, kick off 3pm. The game will be played to a finish with extra time and penalties if required.

As has just been confirmed, this will be Rhys Marshall’s last game for Glenavon as he will be joining Shamrock Rovers on a full time contract next week. Rhys made his senior Glenavon debut, having just turned 18, in a 6-1 Mid Ulster Cup victory against Richhill in February 2013. His second game was in August that year when Glenavon beat PSNI 6-0 in the League Cup. Rhys made his league debut in a 4-1 win against Ards the following month and since then has gone on to complete 260 starts, 8 substitute appearances and scored 39 goals to date. He has made more appearances than any other Glenavon player in this decade, despite only kicking off his career in 2013!

Let’s all get behind the team tomorrow and give Rhys a great send off – and let’s hope he leaves us on a high!

“Such a Wonderful Talent”

Gary Hamilton, describing Rhys as “such a wonderful talent” continued “I’d like to place on record my thanks to Rhys for everything he has done for this club. I can honestly say, in my time playing back home, individually, he’s the best player that I’ve been involved with. I’ve always said that and it’s not just a case of me saying it because he’s leaving the football club, I’ve said it from day one since he came into the team. In my opinion, how he hasn’t been across the water and played is beyond me. He has all the attributes. Maybe people looked at him and thought he was a little bit skinny and that may be the only thing that stopped him.” 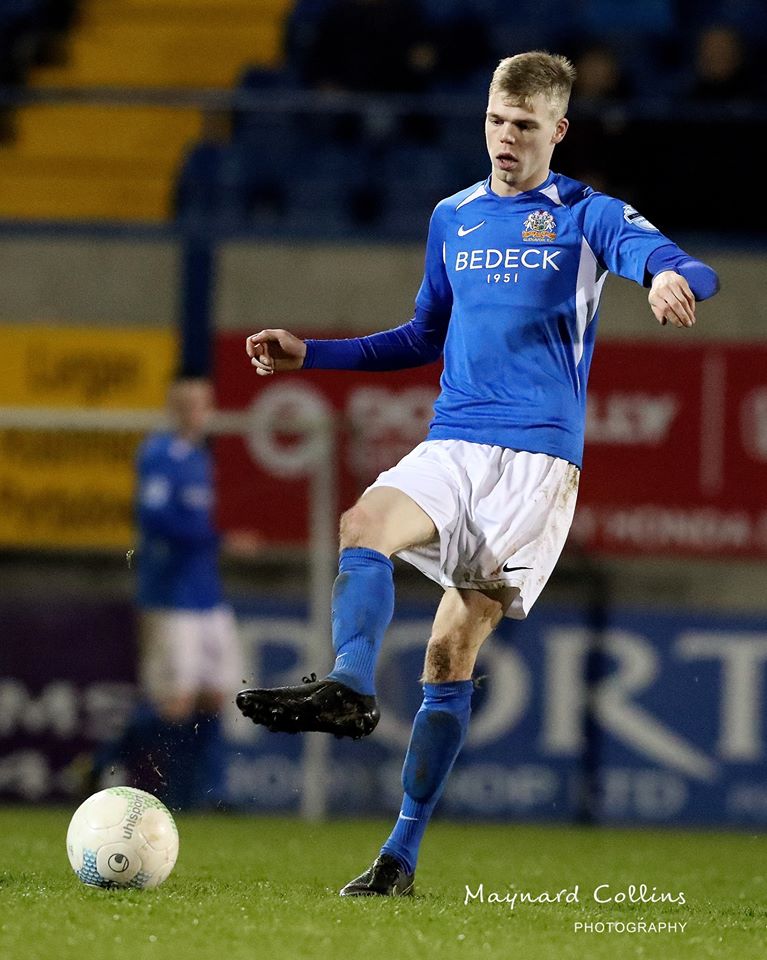 “You don’t get too many right backs that score you 8 or 9 goals a season that don’t hit set pieces. As a one-to-one defender there ain’t much better than him. The only two players I’ve seen give him a hard time in all the years that I’ve worked with him was obviously Paul Heatley on maybe two occasions in seven years and the big lad McCauley that played for Coleraine and gave him a hard time once or twice. For you to be able to remember how few hard times he’s had over the years is phenomenal.”

“Part of your family”

“Going forward he’s tremendous on the ball and I’ve said all along that his best position is centre midfield – he gives you so much, he breaks lines, he scores goals, he’s athletic, he presses, he wins the ball back for you. I have to say he’s been a really good professional; he’s been somebody that I have really enjoyed working with, he’s somebody that I have become very, very close to, almost like a child to me! He’s like Singy and Sykesy and Bobby and the young lads that have come through the system. You see them as part of your family.

“Rhys has never let me down and he’s been at the football club from under 15 or under 16 so he’s given the club ten years so it’s not as if he’s jumping ship or anything like that. He’s seen an opportunity to go to the League of Ireland and give fulltime football a go and nobody can deny anyone that chance. I wish him all the best and I would hope, as a Glenavon fan, not as the manager, that at some stage he returns to the Club and plays again for the club because he’s such a wonderful talent.”

“We can beat any team on our day”

Looking ahead to the game tomorrow Gary said “We have to go out tomorrow, leave the league to one side and concentrate on one 90 minutes. We have to win if we’re going to be in the draw; if not, that’s all our routes to Europe gone, it’s as simple as that. Whoever takes the pitch tomorrow, the starting eleven and the subs that come on, they have to give it one big, big push. This isn’t going to be an easy game by any stretch of the imagination. Coleraine has gone to Windsor twice this season and won and they’ve come to us and beat us 4-0. They’re sitting in a really good league position as well, so you have to stand up and be counted tomorrow, both individually and as a team and if you don’t do that then you’ll be out of the Irish Cup. If you do do it, as we’ve proved on many occasions in the last few years, we can beat any team on our day. If we can turn up and everybody puts in a 7 or 8 out of 10 and a few put in a 9 out of ten, then of course we stand a chance of winning.”

New signings Greg Moorhouse and Dylan Davidson are both available tomorrow but Conan Byrne is on a previously booked family holiday and Danny Purkis is cup-tied. “Conan had booked the holiday when he thought he’d be playing in the League of Ireland and Danny will be playing his final game for East Belfast against Banbridge Town tomorrow and I wish hm all the best in that. He’ll be available for us from Monday onwards,” Gary explained. 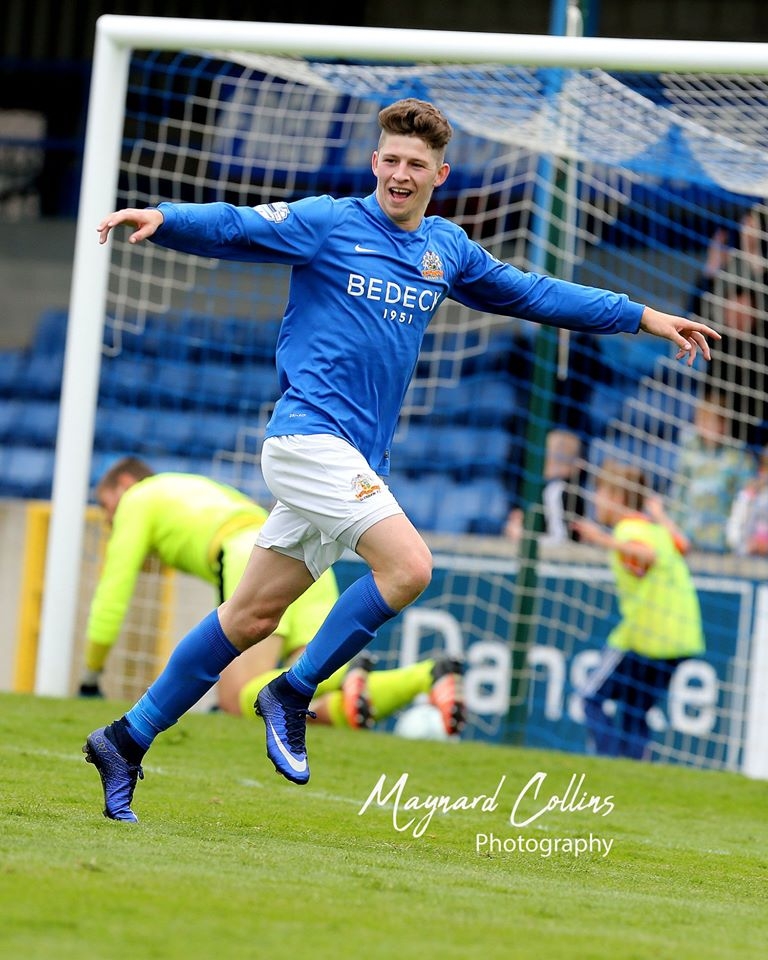 Greg Moorhouse celebrates a goal during his last stint with Glenavon.