Skip to content
Previous Next
Hat-Trick of Signings for Gary

Gary Hamilton has signed three new players who will be eligible when the transfer window opens in January.

Dylan Davidson will be familiar to Glenavon supporters from his time at Glentoran and Coleraine. The 20 year old left-sided midfielder joins us from the Welders until the end of the season.

Danny Purkis is a 24 year-old striker who also spent some time at The Oval and the Welders but is currently at East Belfast. He has signed a two and a half year deal.

Conan Byrne is an experienced right-sided midfielder who spent six seasons at St. Patrick’s Athletic until joining Shelbourne last season. The 34 year old Dubliner scored 61 goals in 193 games during his time at St. Pats and joins us on an 18 month deal. 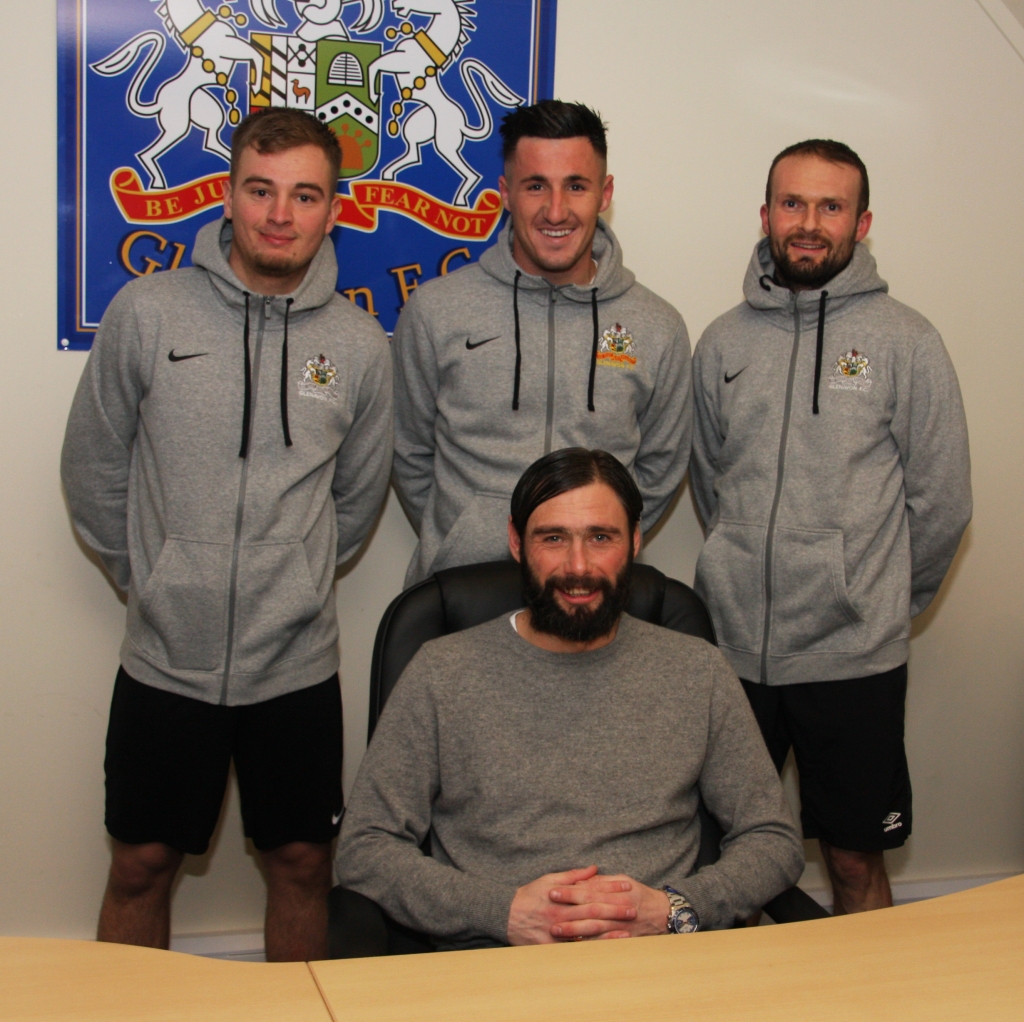 “There’s no denying that we’re conceding too many goals and we’re not scoring enough goals. We have to try and stop both of those problems so we’re speaking to attacking and defensive players. I want to be a successful manager, I want to challenge for trophies and I don’t want to be down in relegation fights. If we kept conceding goals the way we have been and not scoring goals then that’s one place we were going. At the end of the day the buck stops with me, I pick the team and I’m responsible for who plays for the club,” Gary told us after completing the signings this week.

“We’ve gone out and brought in three players who, in my opinion, will contribute to goals. Danny has scored 45 goals already this season for East Belfast. No matter what league you’re playing in, for anybody to score that number of goals by this time of the year is an incredible achievement. Yes, as I’ve said before, he is coming in from a lower league and sometimes it is different but by the same token, the fact he has scored that many goals, Larne and Glentoran both spoke to him, it’s not surprising that top clubs were after him. For us to get Danny is a massive coup for Glenavon. I actually tried to sign him when he was at Glentoran and he went to Ards and he’s someone I’ve always liked and respected as a player. He then went down to the lower leagues and he was scoring a lot of goals: I think he scored over 40 goals every season. His next challenge is to prove himself at the level of the Premiership and he should be able to do it.”

“With Conan, it’s goals. If you look at his career in the League of Ireland, his stats at St. Pat’s, he’s scored near enough one in four from right wing and that’s big going for any winger in any league. He brings goals and experience to the team; he’s played for a big club and, if you look at our squad, we maybe lack enough players who have been in pressure situations, where they’re playing for fans that demand results and success. Sometimes, when you go through sticky patches, players like that can help you, help the squad and help the team. He’s looked after himself all his career and hopefully that will stand us in good stead like Winkie Murphy, Ciaran Martyn, Eddie McCallion, Davy Rainey and Kyle Neill that we brought in later in their careers. We got a lot of good turns out of these players and they played for a lot of years for us and they brought that experience of playing at the top teams, challenging for trophies, and the winning mentality that they have keeps them going longer and hopefully that drive will spread through the changing room and help the other players.”

“Dylan is another player I tried to sign before; in fact I tried to sign him three times, twice when he was at the Glens and when he was leaving Coleraine before he joined the Welders. At the time he’d had a bit of a sickener at Coleraine with all the travelling up and down and not getting game time. I believe that he can provide assists, he can provide goals and we don’t really have an out and out winger with a left foot. Josh has done a great job out there and he’s a top player but we don’t have a natural left-sided player. We’re hoping that Dylan will come in and give us that and Josh can play right wing and through the middle as well so it gives us options. I feel Dylan is a top player as well, he’s young, he’s hungry and he’s got a great left foot and he puts great balls into the box. Already this season for the Welders he’s set up 19 goals – and he missed six or seven games!

“So that’s a player that’ll probably add more assists, another player that can add assists and goals and hopefully we’ve brought in the striker that will score goals for us. That’s one of the areas that we’ve tried to rectify and we’ll keep looking and hopefully it won’t end there but, if it does, we’ve got three good players that will challenge us and make us better,” Gary concluded.