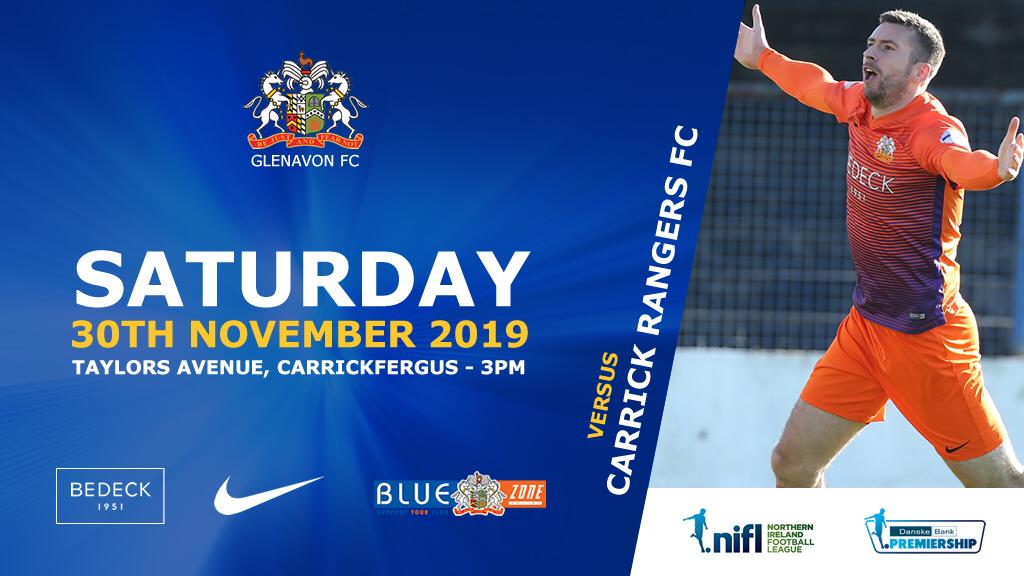 Stephen Murray marked his return to the Glenavon starting line-up with a well-taken brace of goals against Institute on Tuesday night. He’ll be hoping he’s done enough to make the starting eleven again tomorrow as the Lurgan Blues travel to the Belfast Loughshore Hotel Arena to take on Carrick Rangers in Danske Bank Premiership week 18, kick-off 3pm.

Last Saturday Niall Currie’s side twice led against current leaders Coleraine only to lose to a late goal from teenager Alex Gawne.

“Carrick have done really well this season and it’s no surprise really because Niall always has them hard working and they’re always a big, strong physical side. He’s done it through the years and had proven success bringing teams up from the Championship into the Premiership,” Gary Hamilton said as he looked ahead to tomorrow’s encounter.

“We know it’s going to be difficult, we know what to expect. Listen, every time we’ve been down to Carrick we’ve had a difficult game, we’ve never had it easy. I think there was only one game in which we were comfortable and apart from that we’ve had really, really difficult games down there no matter who’s been the manager or what the team’s been. 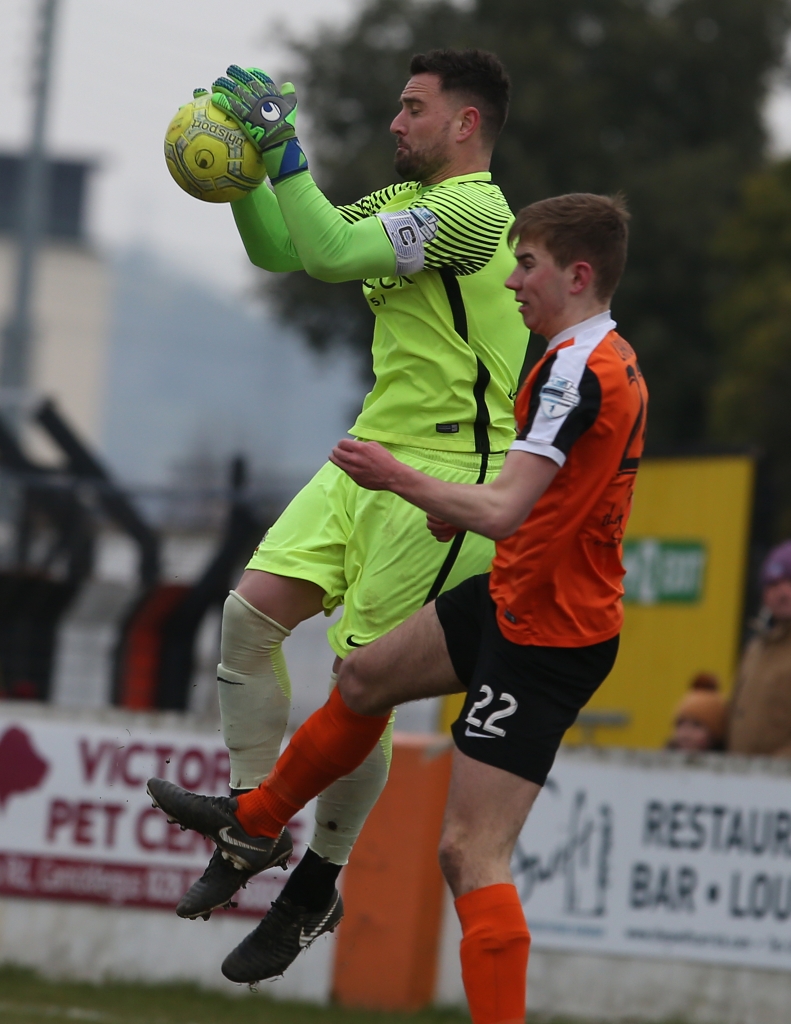 “You know when you go down there you’re in for a tough test and if you’re not up for, not prepared to roll the sleeves up and battle, then you’re not going to come away with three points. You’re not going there and pass them off the pitch or play lovely attractive football because the surface doesn’t allow you. You have to be able to mix your game up and adapt your game to suit and we need players who can do that tomorrow. We need them to stand up and be counted and match Carrick in terms of endeavour and fight. If we go and do what we’ve done in the last two matches in terms of battling and being committed and sticking to our roles and responsibilities, then of course we stand a chance of beating anybody, as we’ve proved  in the last couple of matches.”

There is bit of doubt over Andy Mitchell’s fitness but Gary will assess the situation again tomorrow and he’s hoping that Andrew Doyle will have recovered from a bug that he was feeling the effects of on Wednesday. 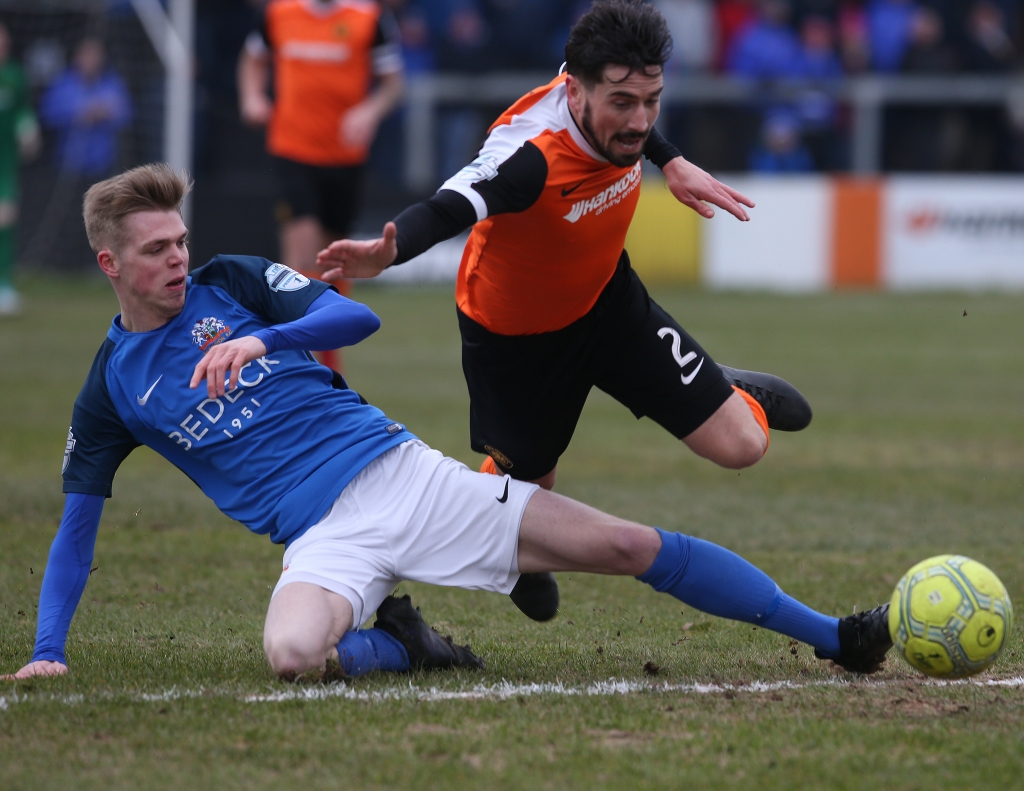