The game comes hard on the heels of Friday night’s superb win against the Champions Linfield and Gary Hamilton knows that his team will need another big performance tomorrow night against Sean Connor’s rejuvenated ‘Stute side. Since he took over the reins at The Brandywell, Connor has won three and drawn five of his 11 games in charge.

“We’ll need the same sort of performance,” Gary emphasised as he looked ahead to Tuesday’s game. “If you look at Institute’s results over the last few weeks, I think Linfield’s the only team that’s beaten them and there was a couple of dubious penalties in that game. They’ve drawn with Crusaders and could have snuck it near the end and they’ve also got draws against Ballymena, Glentoran and Larne, all against good sides. So we know if we’re not on our game tomorrow night they are capable getting results as they have proven since Sean has come in.

“Nothing short of the same intensity and performance that we got against Linfield will be accepted – we need that. We need to be at that level, play at that pace and get the ball back the way we did on Friday night. I thought we were superb at that and it’s what we’ve been doing the last seven or eight years and it was back in us. To be fair I thought it was there against Crusaders, against Cliftonville and at Coleraine in the first 20 minutes I thought it was there as well. It’s been coming back since we’ve started getting a few players back to fitness.

“We’re trying to get them to win the ball back higher up the pitch, like we did for Robbie Garrett’s goal. If you do that you’ll be in positions where you can create chances and be on the front foot. It’s the way we’ve always played and we’ve been successful doing that. It’s probably the one part of our game that we haven’t done as well this season through a number of things like people being out and not being able to field a settled team. Over the last few weeks we’ve managed to get a sort of half-settled team and with that we’ve had decent performances, albeit not always the results.” 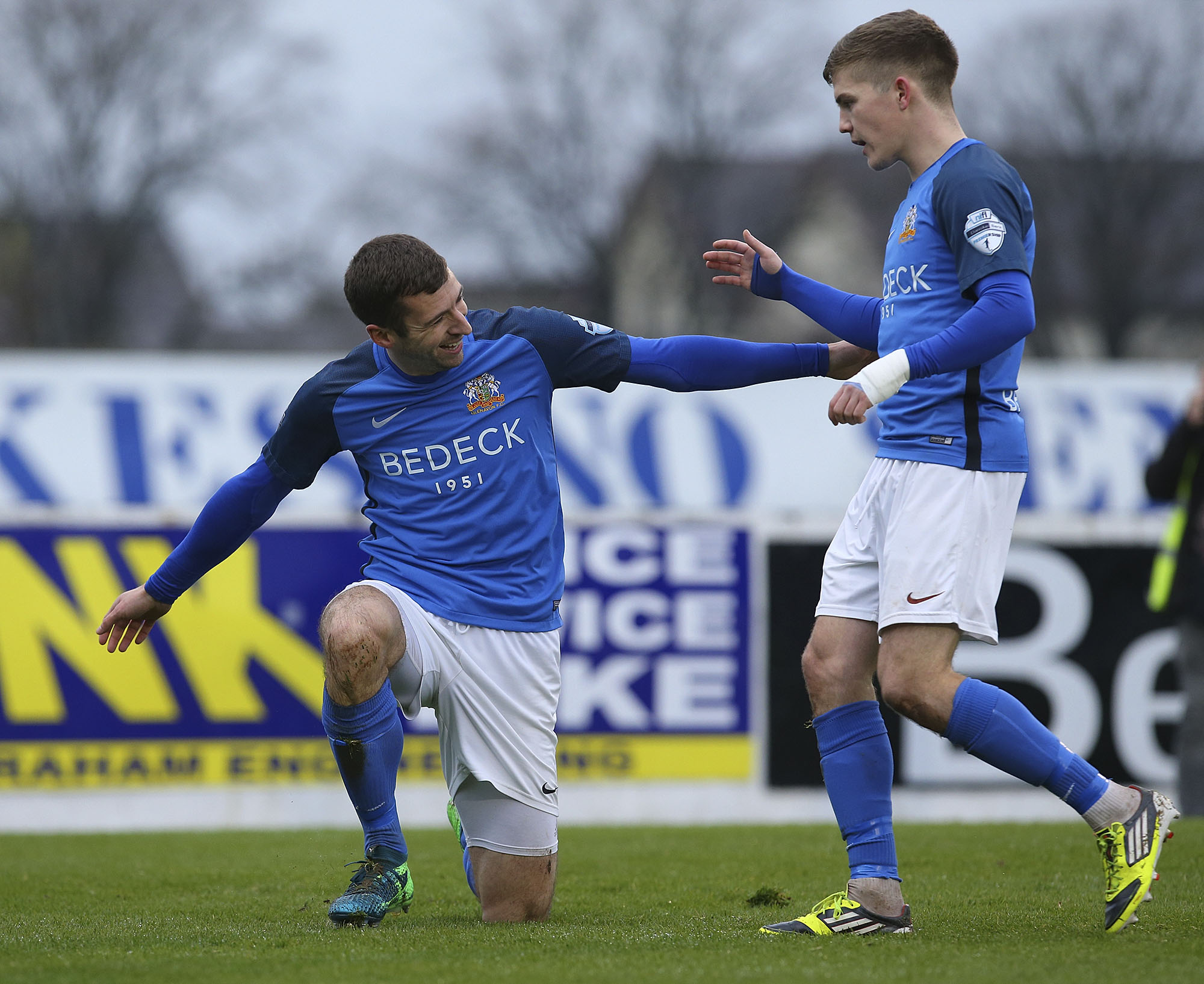 Daniel Larmour is available for selection after missing the Linfield game due to a one game suspension following his sending off against Coleraine but Jordan Jenkins is a doubt as he has picked up the bug that is going around at the moment, with Oisin Barr coming in to the squad if JJ fails to make it.

Gary was keeping his cards close to his chest as to whether he will make the squad himself or not.