Glenavon welcome the Champions Linfield to Mourneview Park for Friday night’s game number 16 in the 2019-20 Danske Bank Premiership, kick off 7:45pm. Linfield lie in 4th place, seven points behind current leaders Cliftonville but David Healy’s side have three games in hand due to their involvement in Europa League games at the start of the season.

Glenavon will be hoping to avoid a third straight league defeat as they continue to languish in 10th place, three points behind Dungannon Swifts but with two games in hand. Last weekend, while Glenavon’s game with Glentoran was postponed due to International callups, Linfield won 3-0 away to Institute, thanks to two Andy Waterworth penalties and a fabulous goal by Bastien Hery after ‘Stute’s Ryan Morrow was red-carded for an off-the-ball incident.

NB The Car Park gates will close at 7:15pm and no vehicles will be admitted after that time. 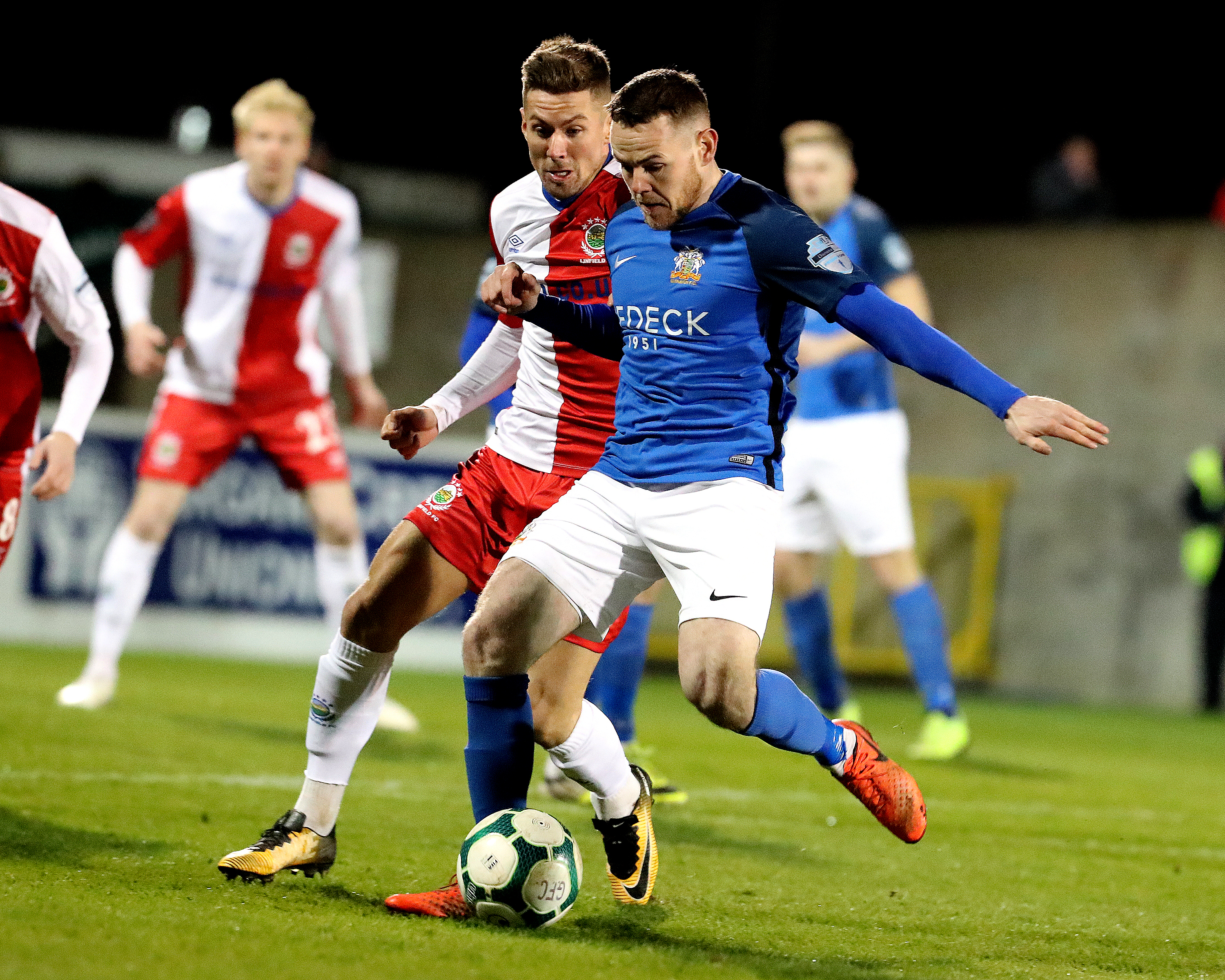 Daniel Larmour is suspended following his controversial red card in the first half against Coleraine two weeks ago. Most observers agreed that the sending off had a major impact on the game, with Glenavon going on to lose 4-0 after putting in a good performance that had the hosts under pressure for much of the first period.

Josh Daniels, who scored one of the goals when Glenavon and Linfield last met in Lurgan back in March, made a welcome return from an ankle injury in the Mid-Ulster Cup win over Banbridge Rangers and came on for the last 15 minutes of the Coleraine game.

James Singleton and Jonny Tuffey have also recovered from ankle injuries but the goalkeeper is feeling the effects of a bug that is doing the rounds at the moment and may not make the squad. Sammy Clingan, Seamus Sharkey and Jack O’Mahony are all still out and are joined by Andy Hall who picked up a hamstring strain in the Mid Ulster Cup game.

“We’re expecting a tough game of course. Linfield are flying this year, going really well. It’s never an easy game against Linfield, no matter what and they’ve been able to bring in big players, with the quality of the likes of Shayne Lavery and Hery,” Gary Hamilton told us this evening. “They’re still beatable as Coleraine has proved this season but you need to be on top of your game if you’re going to get anything out of it.”

Referring to the 7-0 defeat at Windsor Park earlier in the season Gary said “What the boys have to remember is the feeling they had after that game: the embarrassment, the pride was dented and people were laughing at you for a result like that. The boys have to remember that. I’m not saying it’s a revenge mission but what it is, they have to go out and prove that they’ve learnt from that and that they’ve improved since then.

“Albeit bar the Coleraine result, the performance up until the sending off, I thought we were decent; the Cliftonville game, I thought we were decent. Against Crusaders we were very, very good so hopefully they can react in the right way, they can learn from their mistakes at Windsor Park. We have to try and stop the cross balls coming into the box and when we can’t stop them we have to make sure we are marking men in the box. We have to be switched on tomorrow night because Linfield punished us five times down there through not marking men in the box and we can’t afford to give away stupid free kicks and corner kicks because Linfield are lethal from them.

“We need to be switched on and concentrating for 90 minutes especially when balls are in wide areas. If you can do that and stay in the game and not be 3-0 down inside 14 minutes, then the longer that you go, like the Crusaders game, the boys will gain confidence from that and that’s what they’ll have to do and then try to impose themselves on the game.” 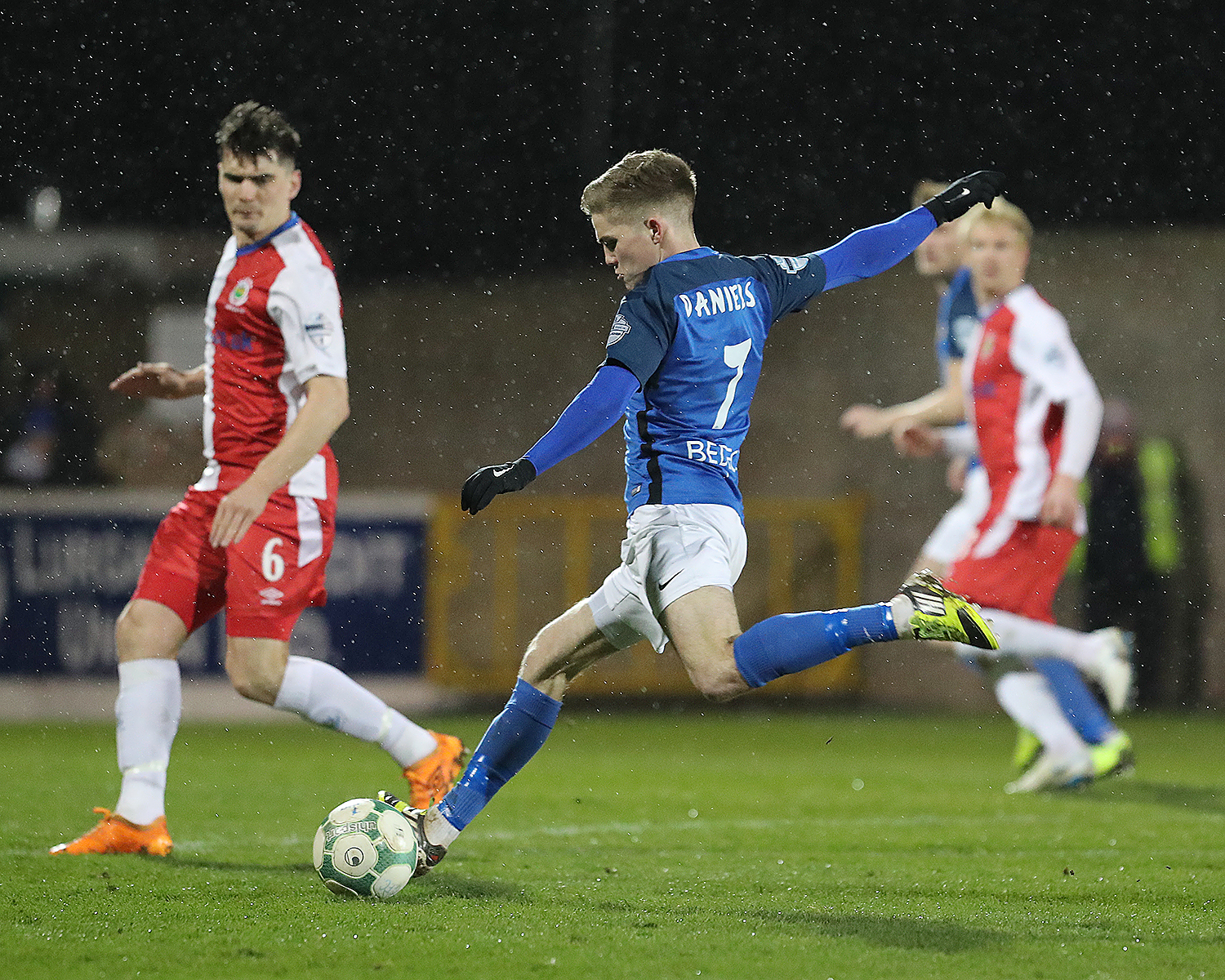 We are grateful to a trio of local businesses for their sponsorship for the game on Friday night: