Glenavon lost 2-1 at home to Cliftonville on Saturday, with Rory Donnelly scoring the winning goal on the hour mark.

Cliftonville top scorer Joe Gormley put the Reds ahead inside three minutes, but Andy Hall’s equaliser on 21 minutes ensured that the sides were level at the break.

Donnelly struck what proved to be the winning goal 15 minutes into the second half, as Glenavon struggled to create any real chances of note in the second 45. 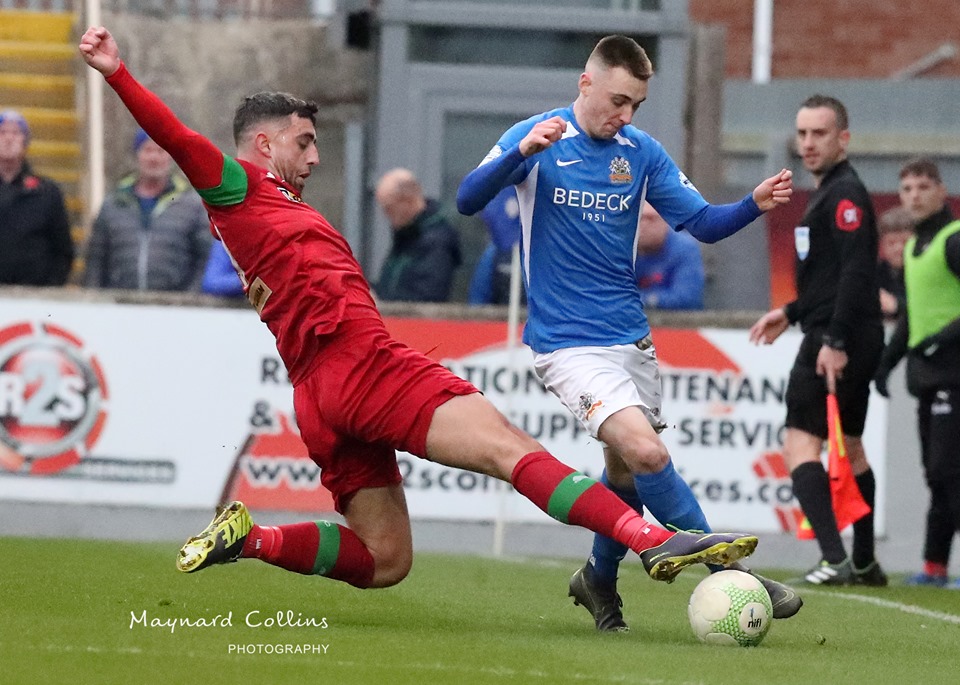 The Lurgan Blues made a terrible start to the game. Cliftonville keeper Richard Brush threw the ball out to left-back Aaron Donnelly, who then played a ball into the left channel. When Aaron Harmon failed to cut the pass out it left Gormley in the clear and there was only ever going to be one outcome. The striker got the ball out of his feet before curling a low right-footed shot inside James Taylor’s far post to give the visitors an early lead.

Jordan Jenkins came close to equalising for Glenavon on 14 minutes. Player-manager Gary Hamilton slid the ball into the box for the young striker and his low left-footed effort went narrowly wide of the far post.

The equaliser did arrive on 21 minutes. Brush struck a poor clearance which went straight to Hall. The winger played a neat one-two with Hamilton before firing a low shot into the far corner with his right foot to make it 1-1. 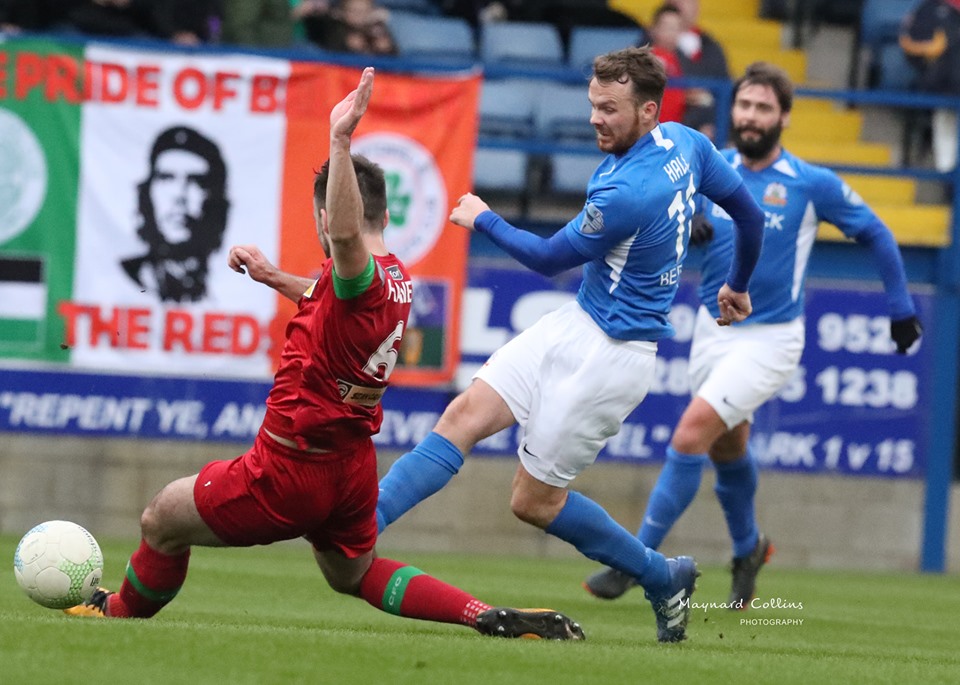 When Hamilton picked up a knock he was replaced by Andrew Mitchell on 27 minutes, and Mitchell was involved in the action immediately, feeding the ball down the line for Rhys Marshall on the left. Marshall’s mazy run created a shooting opportunity for himself, but his effort drifted wide of Brush’s left-hand post.

Glenavon grew into the game more and more as the first half wore on, and they might have taken a lead into the break when Hall whipped over a dangerous corner on 42 minutes. Captain James Singleton was closest to getting on the end of it, but he just couldn’t connect with the ball.

By the same token, Cliftonville also might have grabbed the lead in first-half injury time. Seanan Foster picked Gormley out with a cross to the back post, but the striker couldn’t direct his header on target.

Gormley slipped a ball through for Rory Donnelly five minutes into the second half. His shot nearly squirmed under Taylor, but the big keeper managed to safely gather the ball. 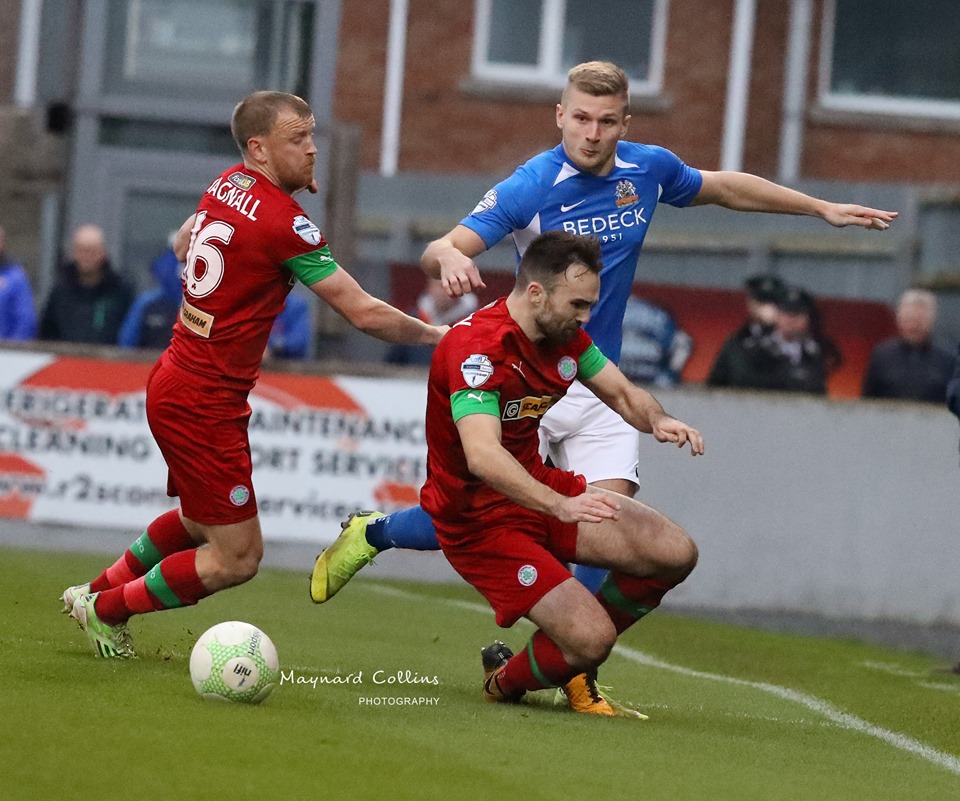 Andrew Mitchell in action against Cliftonville on Saturday

However, Taylor could do nothing to keep out Donnelly’s effort ten minutes later. Donnelly picked up the ball from Aaron Donnelly’s throw-in and ghosted past substitute Caolan Marron before curling a wonderful shot beyond the reach of Taylor and into the far corner to put Cliftonville back in front.

In all honesty Glenavon didn’t really get going at all in the second half. Taylor dived down to his left to make a good save to deny Gormley on 68 minutes, while Rory Donnelly had the ball in the net again three minutes later, only for his effort to be ruled out for offside.

At the other end, Daniel Larmour surged out of defence with the ball and fed Jenkins on 78 minutes, but the striker’s touch was slightly too heavy and Brush raced off his line and gathered the ball at Jenkins’ feet.

Marron made an excellent block to deny Gormley on 85 minutes. From the resulting corner, Breen’s header was cleared off the line by Robert Garrett.

The game rather fizzled out in the dying minutes, as Glenavon failed to carve out a chance, and Cliftonville held on fairly comfortably to wrap up a win that sees them remain in second place, just one point behind leaders Coleraine.