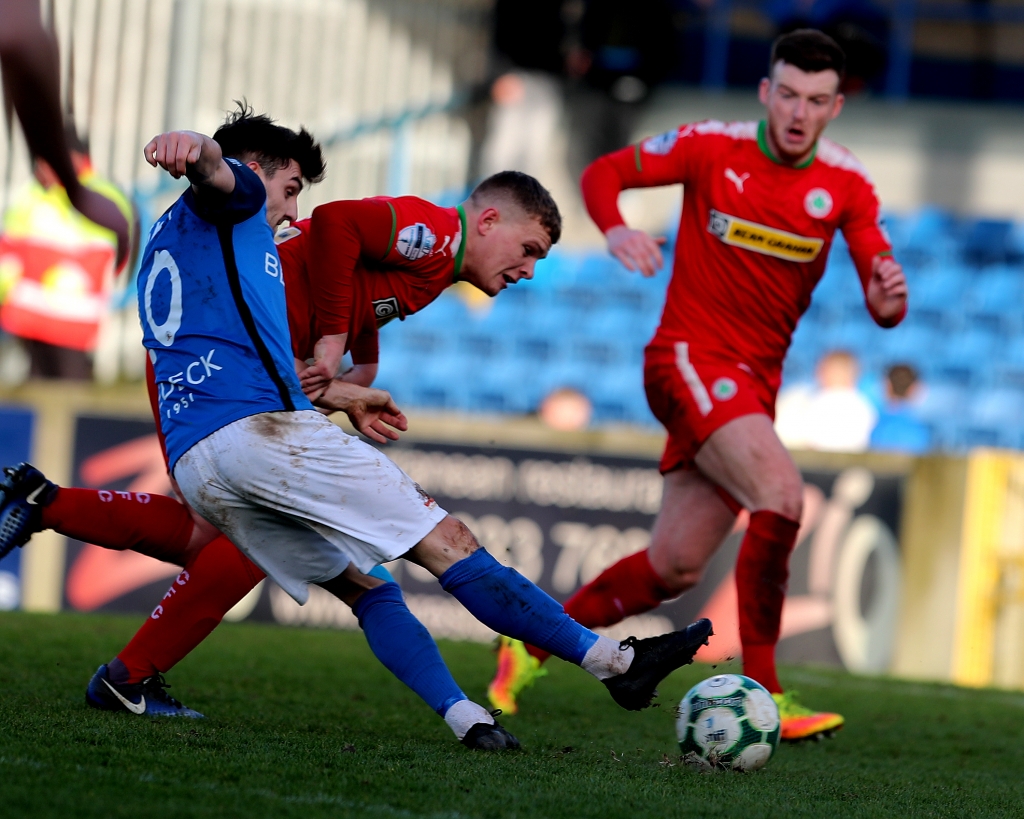 Conor McCloskey in action against Cliftonville in March 2019. (pic by Maynard Collins)

Despite losing to Linfield in Tuesday night’s League Cup Quarter Final, Paddy McLaughlin’s Cliftonville side, the visitors tomorrow, is one of the form teams in the Danske Bank Premiership and Gary Hamilton is expecting another tough game at Mourneview tomorrow (kick off 3pm).

“Cliftonville is a top side and going forward they’re a strong force and any team in the league will fear them on their day so we know we will have to work our socks off all over the pitch tomorrow and be switched on from the start. We have to be wary of Joe (Gormley) of course, and (Conor) McMenamin’s scoring goals this year, and, with Rory Donnelly and Ryan Curran they are all capable of scoring,” Gary told the website.

“We have to be on our guard tomorrow and make sure we defend them well and we have to stop the ball getting to that area. It’s all right saying the defenders have to defend but the boys in front of them have to work their socks off to stop their boys up front getting the service. It’s important all over tomorrow that we defend, close the ball down well like we did against Crusaders; the lads set a marker the way they played last Saturday in terms of making it difficult for the other team and working hard to try to nullify their quality players. The boys worked hard and competed with their opposite numbers all over the pitch and when you do that, it gives you a platform to build on and a platform to play. It gives you confidence and when you’ve done the ugly side of the game well, they were able to go and express themselves in the other side of the game because they’re all good players, and they need to do that again tomorrow.”

Some better news on the injury front with hopefully Andrew Mitchell, Andrew Doyle, Caolan Marron and Eoin Wearen available tomorrow and Josh Daniels should make his return from his ankle injury in Tuesday night’s game at Mourneview Park. 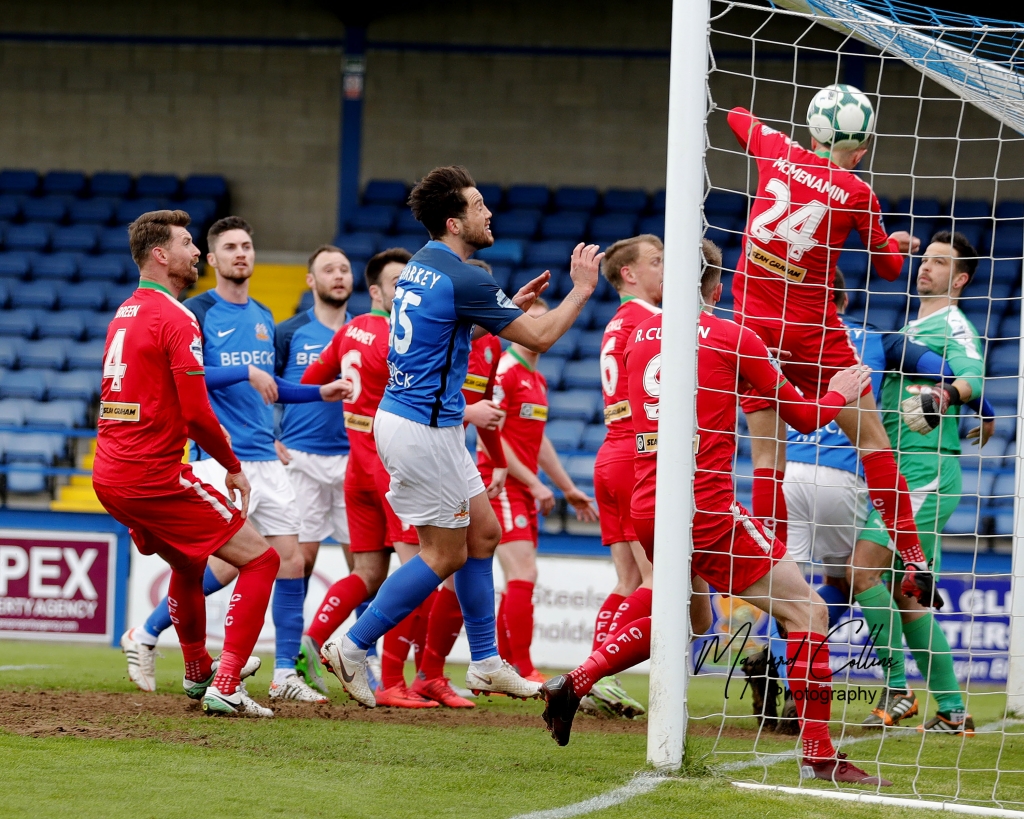 Tomorrow will be an especially poignant day for our match sponsors, the Gilkinson family. Isaac Gilkinson was to sponsor the game along with his grandchildren but he sadly passed away last week. We are grateful that his son Andy and family have agreed to sponsor the match in Isaac’s memory.