Glenavon can count themselves unlucky not to come away with something from a game in which they took an early lead and matched the opposition all over the pitch throughout the game. Speaking after the game Gary Hamilton said “There are things in life that you can control but today we certainly couldn’t control that result. Take the official out of the game then, based on the performances, it probably finishes a draw at the very least for us. 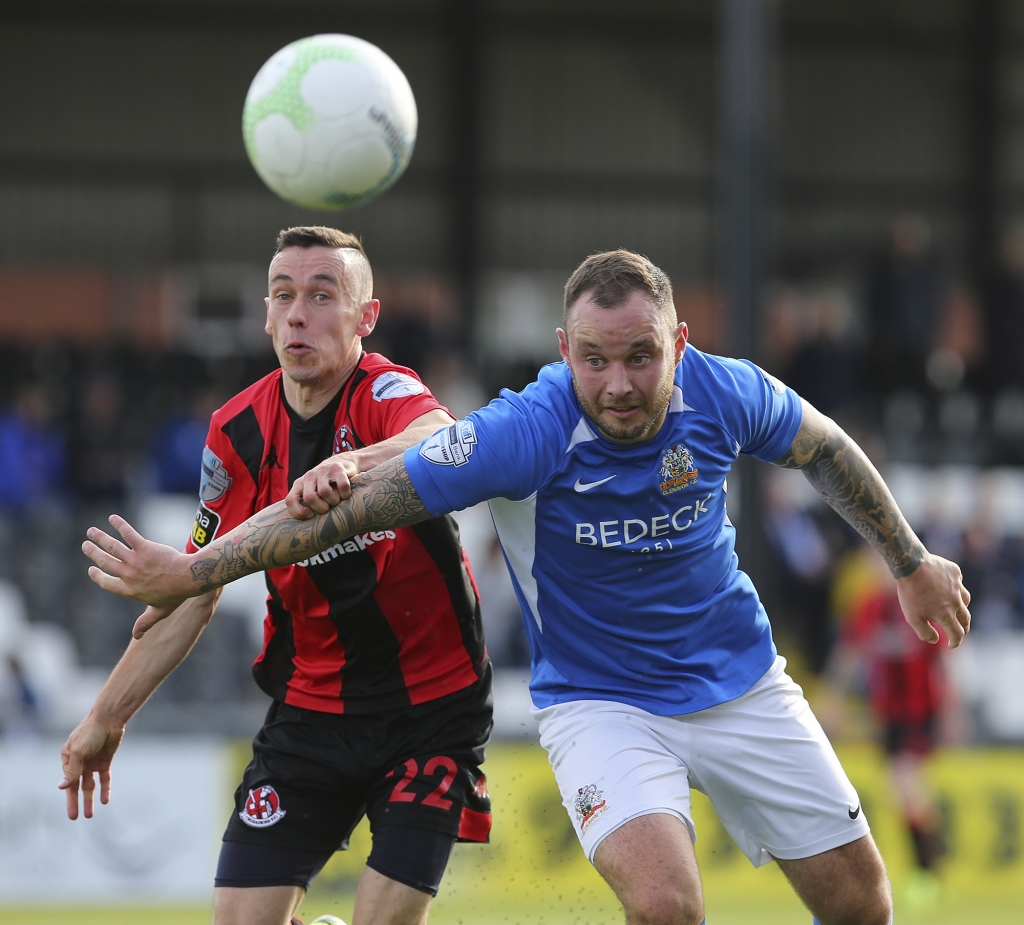 “The most blatant penalty kick was the one in the first half when Jack O’Mahony has two hands on his back and is pushed to the ground. Out of them all that was the most blatant. Honestly, I felt that neither of the last two penalties were penalties: the last one is embarrassing and for ours (for the challenge on McCloskey), I think he (the defender) maybe gets a touch on the ball.

“For me today we didn’t deserve to come away getting beat. You don’t want to say too much but everybody knows it was the referee who cost us the game today, nobody else on that pitch cost us the game. I can’t blame Aaron Harmon (for conceding the penalty) because it wasn’t a penalty but at the end of the day that’s what changes it and we come away defeated. 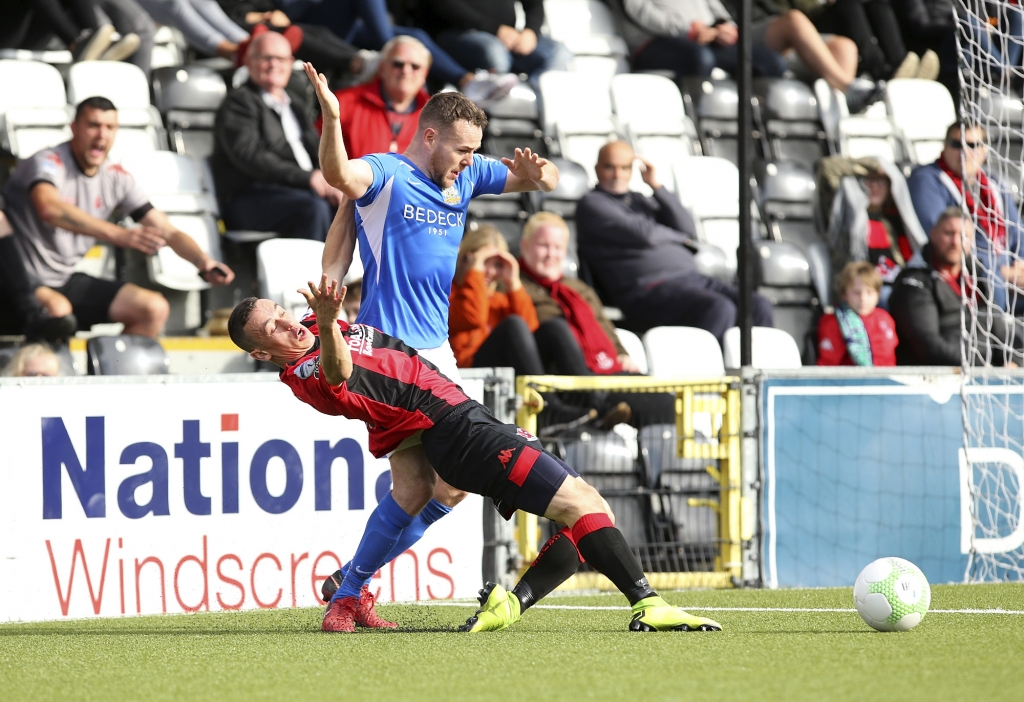 “Every single player today that started the game for our team or came on as sub give everything they’ve got. I’ll never blame anybody for missing penalty kicks. Mitch, who scored the one before took cramp in both calves and couldn’t hit it so Josh stepped up. Anybody can miss a penalty and that’s what happened today.”

Rhys Marshall headed Glenavon ahead inside the first minute.

In the 13th minute, moments after giving the ball away Paul Heatley popped up at the other end and connected with a deep cross from Jordan Forsythe to steer the ball beyond Jonny Tuffey.

Philip Lowry rather fortuitously put the hosts ahead in the 54th minute when Heatley’s near post flick on from Ross Clarke’s corner rebounded off his face and into the Glenavon net.

Andrew Mitchell equalised for Glenavon from the spot after he himself was fouled by Howard Beverland in the 69th minute.

David Cushley put the Crues ahead again with a 79th minute penalty after Aaron Harmon was adjudged to have fouled Heatley.

In stoppage time Glenavon had the chance to earn a point when Referee Jamie Robinson penalised Chris Hegarty for bringing down sub Conor McCloskey. This time the spot kick was taken by Josh Daniels because Mitchell had cramped up in both calves and was unable to take the penalty but it was a poor effort and Sean O’Neill made a comfortable save to earn three points for the league leaders.