50 Years of Service for Gordon! 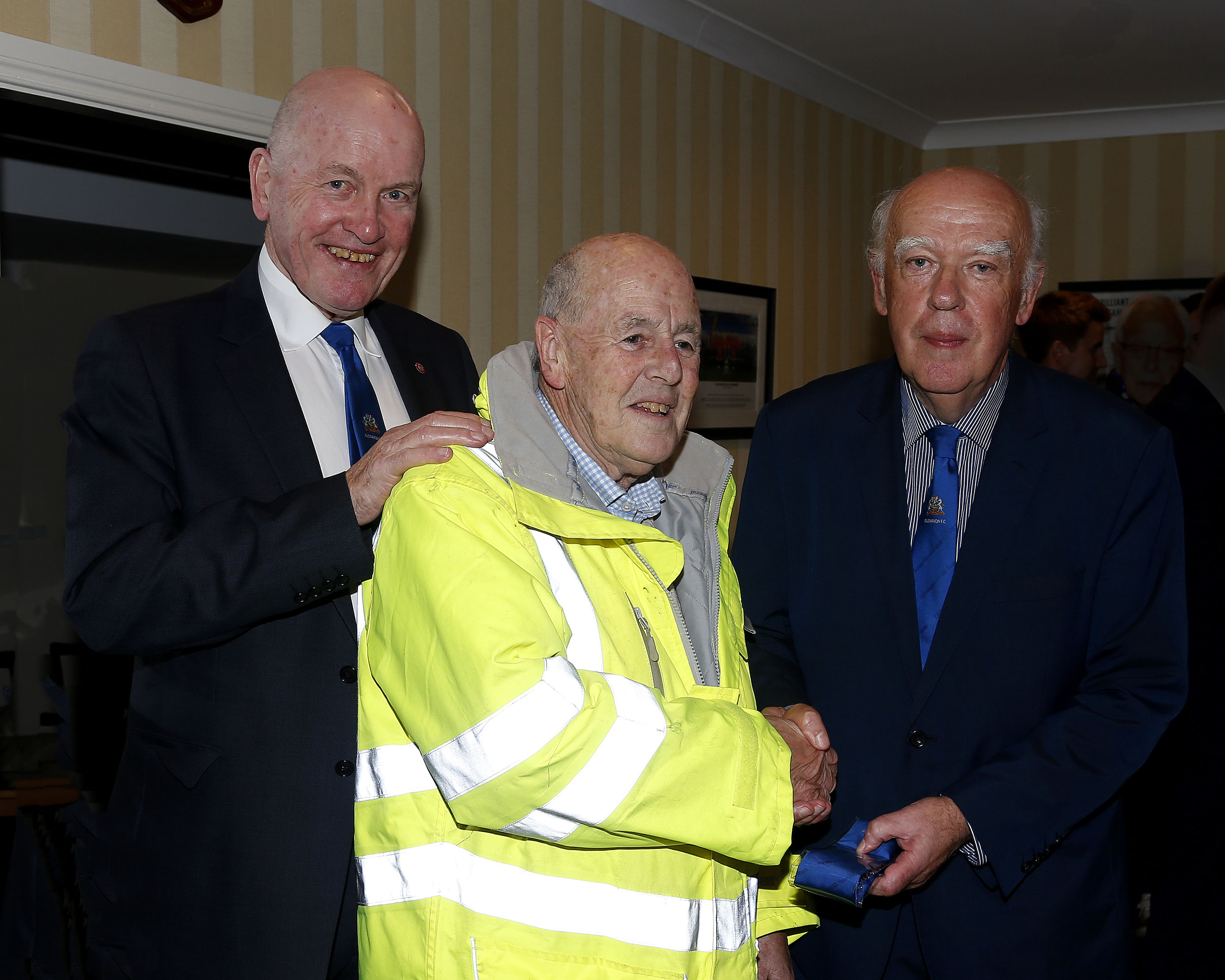 Not many people complete 50 years of service in any organization, especially when that service is a voluntary one, but that distinction has been achieved by Gordon Hamilton, whom many of you will recognize, having passed through one of the turnstiles that Gordon has operated during that time.

Gordon’s exceptional service was recognized by the Club in the Boardroom on Friday night when he was presented with a life membership of Glenavon Football Club and a 130th Anniversary tie to mark the occasion of his ‘retirement’ as turnstile operator.

“Voluntary helpers at a club are gold dust, and if we didn’t have them in the Irish League I don’t know what we would do. We’ve an individual who steps down this week as turnstile operator after 50 years service and that’s Gordon Hamilton,” Glenavon Chairman Adrian Teer explained.

“I’d just like to say, I’ve enjoyed every minute of the years I’ve been coming to Mourneview. Thank you very much,” Gordon responded after Vice-Chairman John Sinnamon presented him with his life membership and tie.