The Match Sponsorship for Tuesday night’s Bet McLean League Cup match with Portstewart had a poignant note to it as the Players and Staff sponsored the match in memory of our late supporter Paddy Allen who had planned to sponsor it before his untimely death in July.

The Ball Sponsor was Shoe Shine Ireland and the Glenavon Man of the Match award was sponsored by Ethne Ferran and Barry Craig who chose Andy Hall. 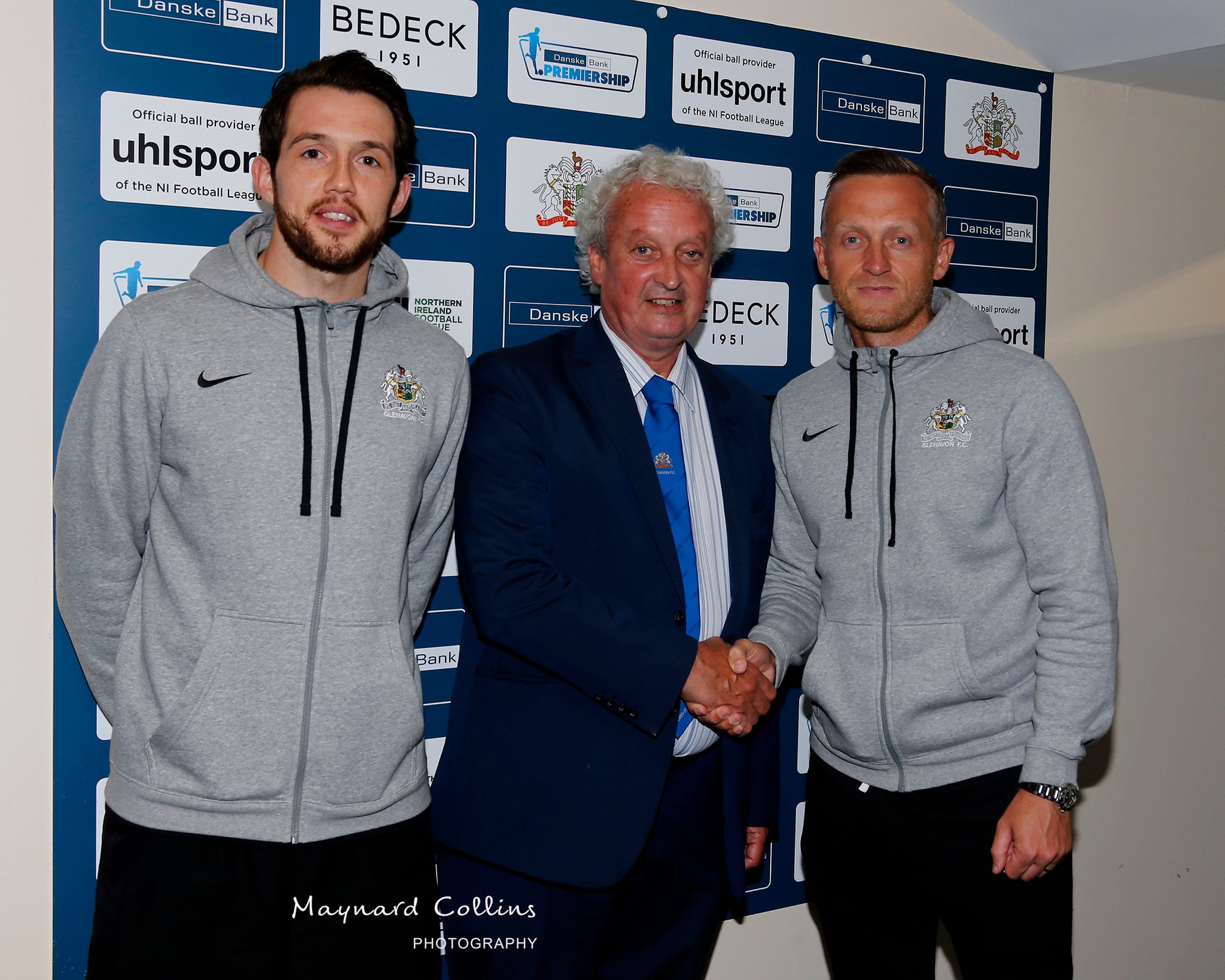 Seamus Sharkey and Sammy Clingan presented Eddie Drury with the match sponsorship on behalf of the players and staff. 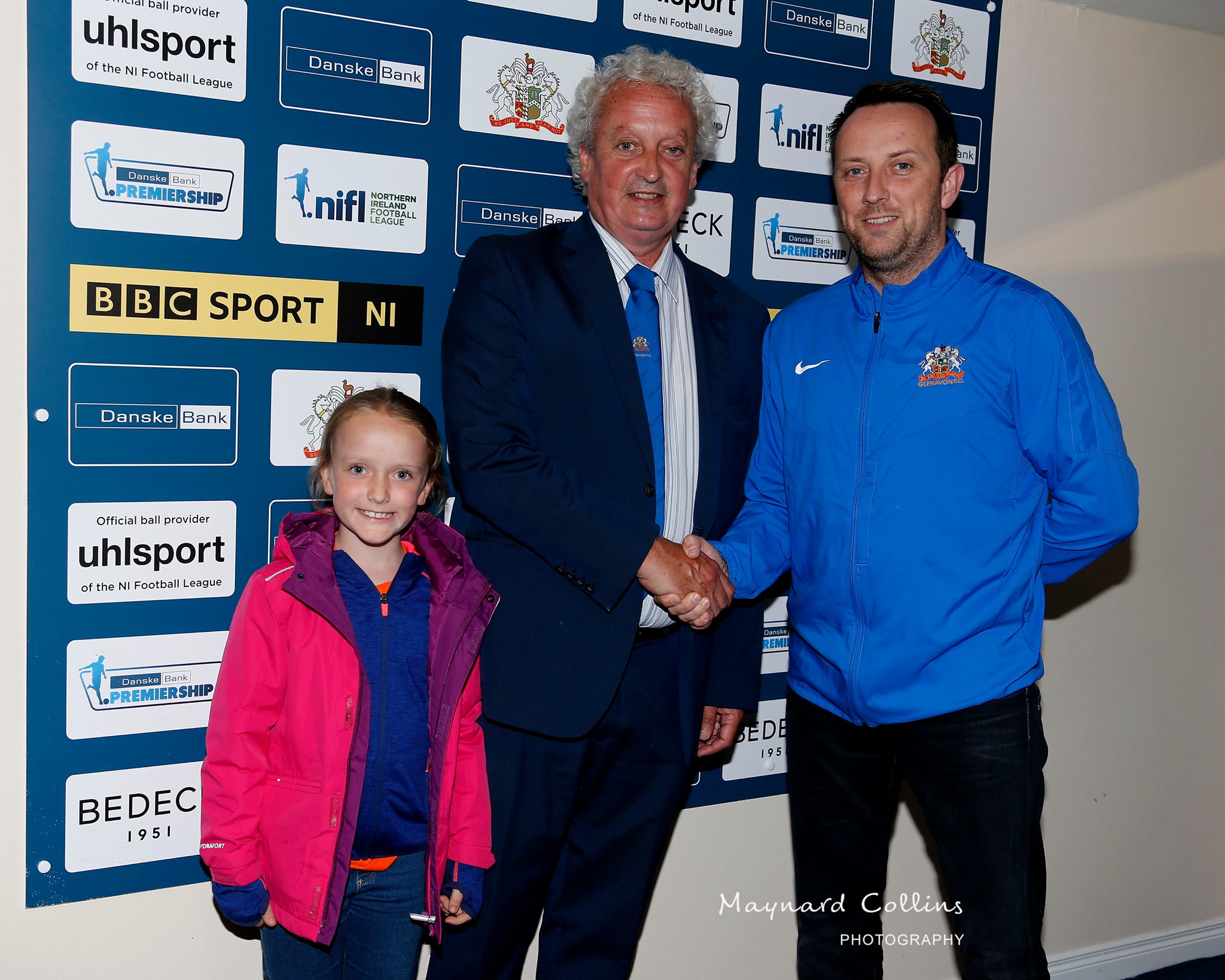 Eddie Drury thanks John Elliott of Shoe Shine Ireland for his sponsorship of the ball. 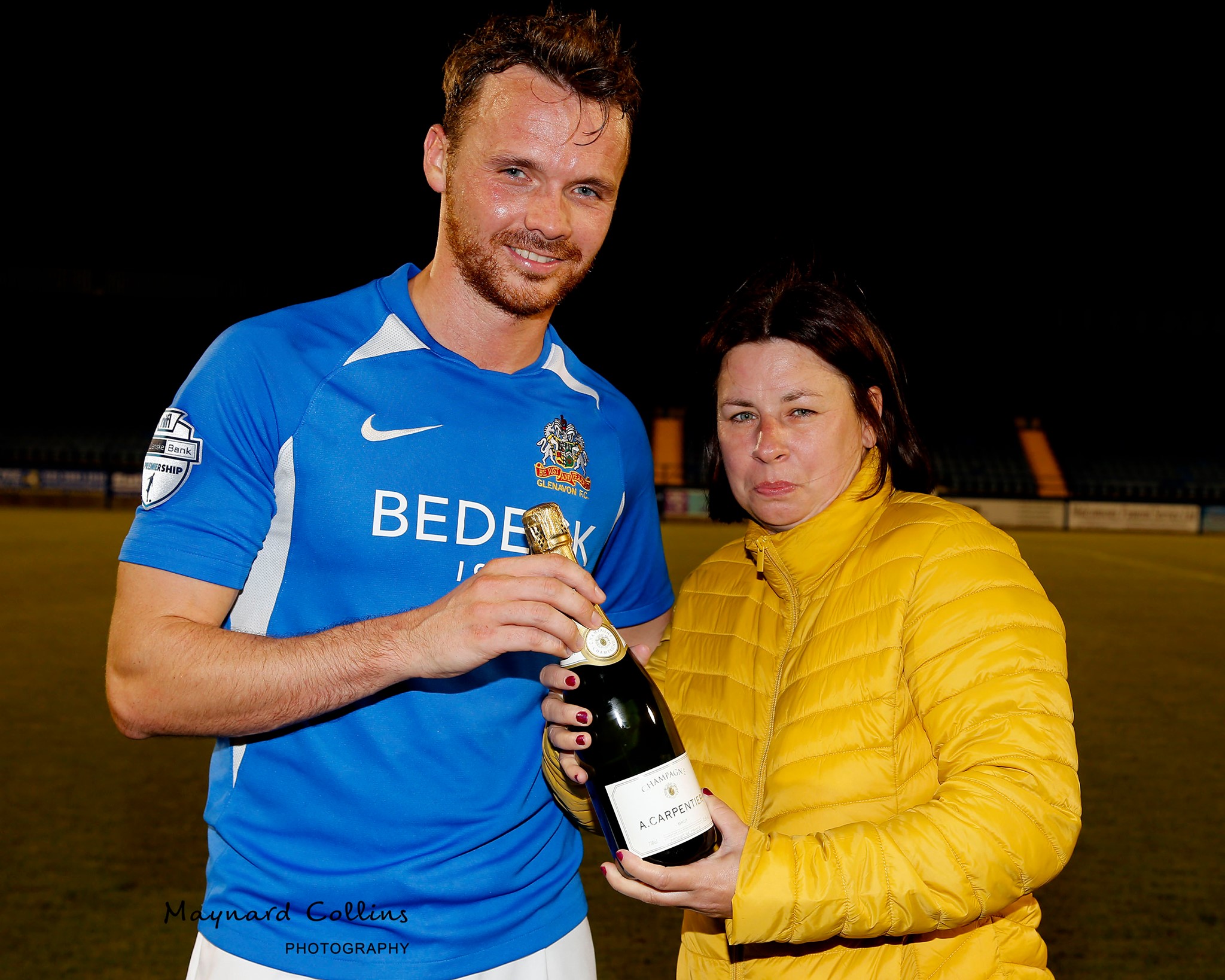