James Singleton has agreed to sign a new contract that will see him remain at Mourneview Park for the next four years. James, who was in the final year of his current deal, will also be awarded a testimonial for completing ten years at Glenavon.

Gary Hamilton was clearly delighted to have got the deal over the line to secure the services of a player who he believes is “the best left back in the league and probably one of the best defenders in the league.”

“We’re obviously delighted with the news and I’m sure the fans will be as well. Singy has been in the first team setup since he was sixteen and he’s someone I’ve always had high aspirations for and, as I’ve said on many occasions, I think if he hadn’t broken his leg while playing for the Northern Ireland Under 21’s he could have made it across the water because he has the attributes and the drive and hunger to be the best. The injury kept him out for a season and it took about 18 months to get him back to his normal self. He has recovered unbelievably and he’s a total pro in everything he does. He leads, he talks in the changing room and I’m over the moon to get this deal done because with him being such a good player and in the last year of his contract, other clubs were bound to be interested in him.

“This is probably one of the best bits of business I could do this summer. James is somebody that I have a lot of time for, I’ve watched him grow up from a young kid and I value him a lot and I feel I have a close bond with him. I’m delighted that Glenavon is the Club that he sees his immediate future with.

“This contract also means he gets a testimonial and he’ll be the first player here in a long, long time to get one and that shows he is good enough to stay at the club for ten years. That’s something I’d love to see happening more regularly now that we’ve become a good side again and we’re not down at the bottom. We want to keep our best players at the club and build on that and to do that you need to keep players like James Singleton.” 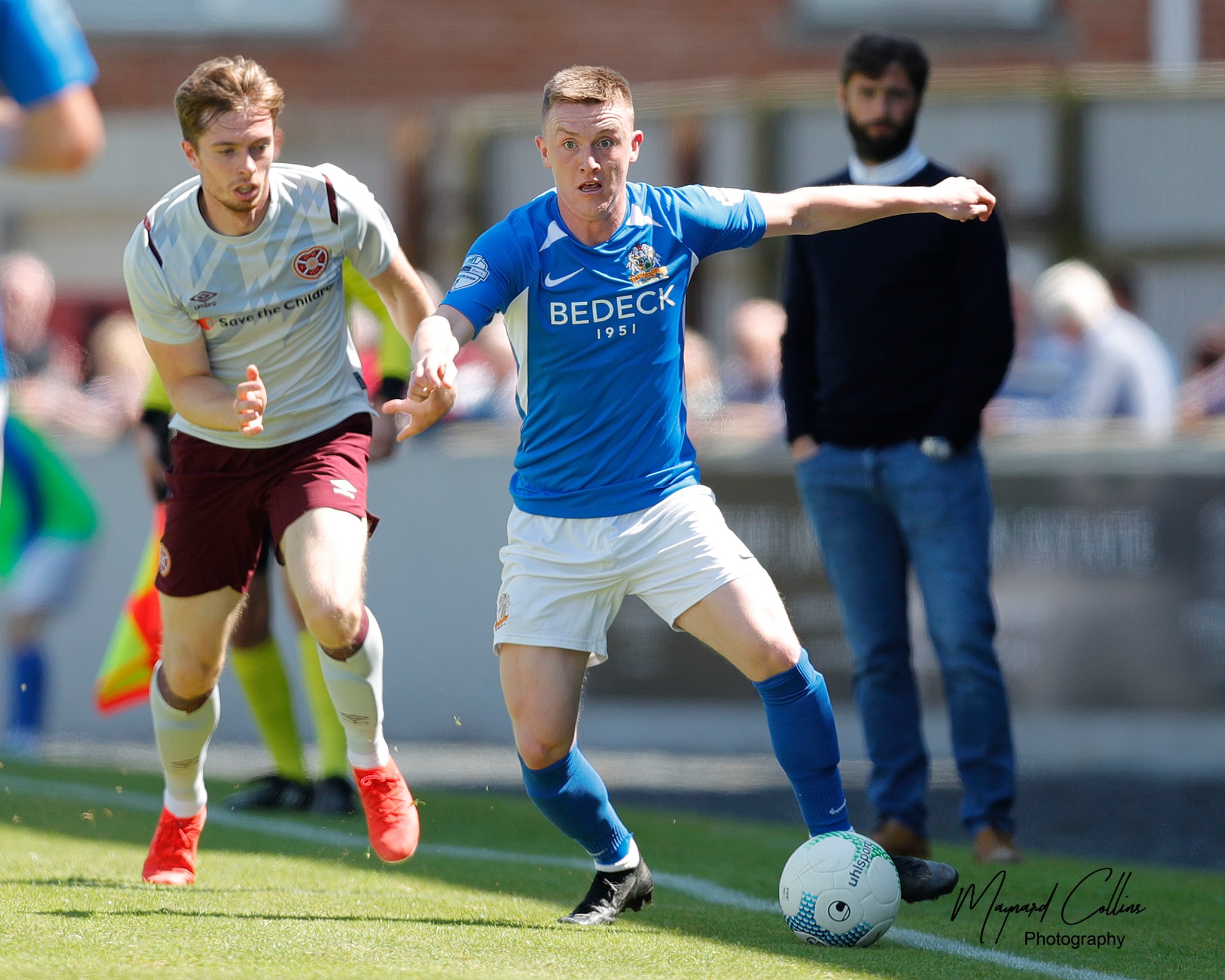