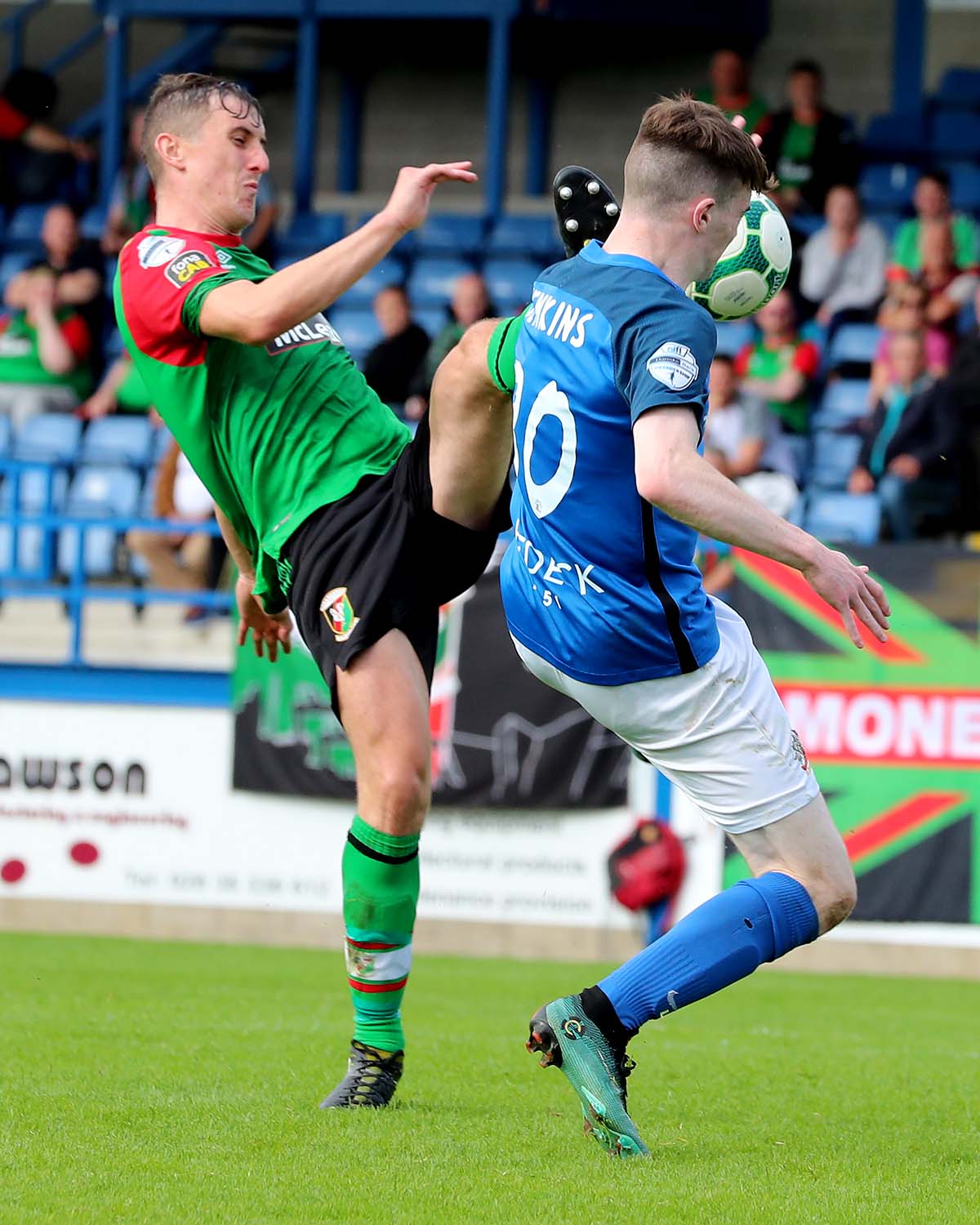 The two sides which make it through tomorrow night will meet on Saturday in the Final (5:30pm kick-off) at the venue of the finalist that finished in the higher position in the final Danske Bank Premiership table.

In the three meetings between the Lurgan Blues and the Belfast Glens this season Gary Hamilton’s side has won two and drawn one against his former Club. Both the wins came at The Oval and that seems to be a pattern in the last few seasons with Glentoran drawing in four of the last five visits to Mourneview while Glenavon has won three and drawn two of the last five visits to The Oval. That’s a trend that the Glenavon boss will be hoping to turn around tomorrow night.

“Obviously it’s going to be a tough game. It’s well known that we haven’t beaten the Glens at home for four years but they’ve always been good games and recently we’ve been in decent form ourselves and some decent results at home so the boys can take confidence from that. They’ll take that into the game tomorrow night and they know that they have to go out and give everything that they’ve got; leave nothing behind. It’s a semi final and you only get one shot at it so whatever it takes we have to try and win the game. There’s no reason why we can’t achieve that and we’re capable of beating any team in the league as we’ve shown in the last few months.

“I still disagree with the way the play-off system works. I said that from the start and I disagreed with it even when we finished sixth and made it to the final but it is what it is and it’s our only chance now of European football so we have to give everything we’ve got.”

“Be the extra man” 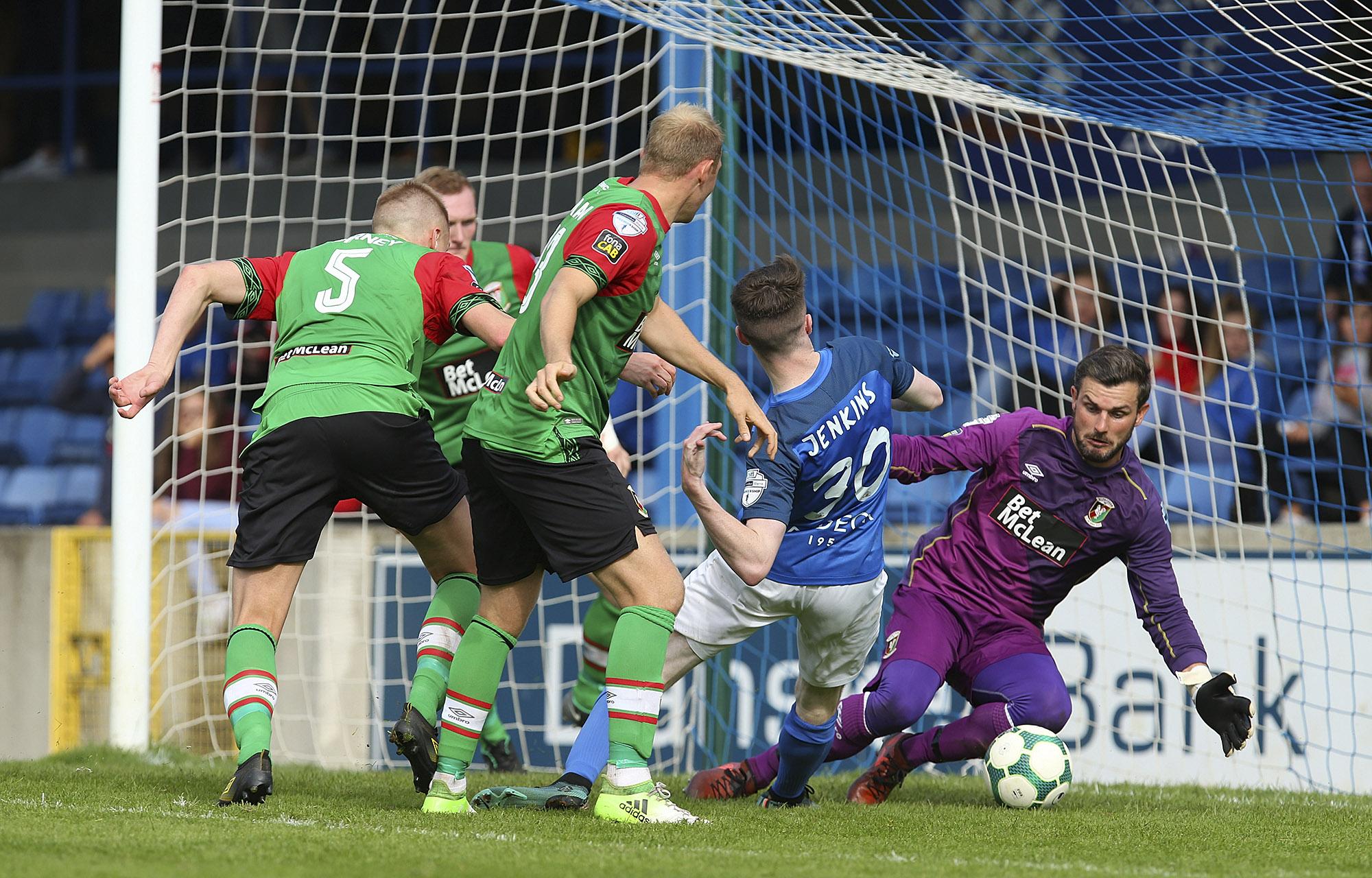 Jordan Jenkins in the thick of the action. Photo by Alan Weir

Season tickets are not valid for this game as it is a shared gate.