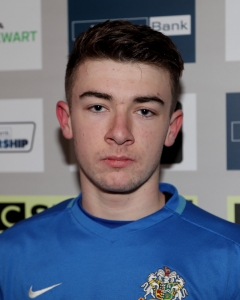 Congratulations to young forward Ross Hunter on his well deserved call-up to the N Ireland under-17 squad for the forthcoming Elite round of 2019 U17 Euro qualifiers being held in the Netherlands over the next 10 days. Stephen Frail’s team begin with a game against the hosts on Wednesday 20th, followed by fixtures against the Czech Republic and Israel on Saturday 23rd and Tuesday 26th respectively.

Best wishes to Ross and the rest of the squad.