Congratulations to three of our Academy players who have been selected to represent the Subway National League in a Under 15s tournament in Las Vegas this weekend.

Defender Malachy Burns, younger brother of Bobby and Paddy, winger Liam Corr and midfielder Robbie Morrow are part of a 18 strong squad that begin their campaign in the Mayor’s Cup with three games this weekend. Should they prove successful the local lads will then progress to the knockout stages of a competition which regularly attracts 500 teams from across the world.

Best wishes to Malachy, Liam and Robbie and the rest of the squad and we hope they enjoy the experience. 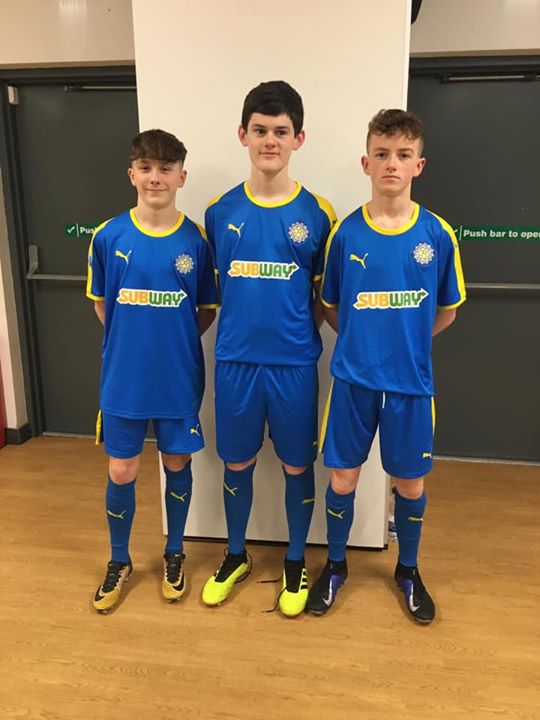