Conor McCloskey forced a double save from Richard Brush but missed the best chance of the half when he skied over from 12 yards after breaking through the Reds defence. Josh Daniels also blasted high after the Reds keeper came out of his area to head clear, only as far as the Glenavon winger who probably had more time than he thought.

In the second half Tuffey was scarcely called into action, saving easily from a rising shot from Donnelly, as Glenavon pinned the hosts back and forced Brush into a number of saves including a superb push round the post to deny Marshall. 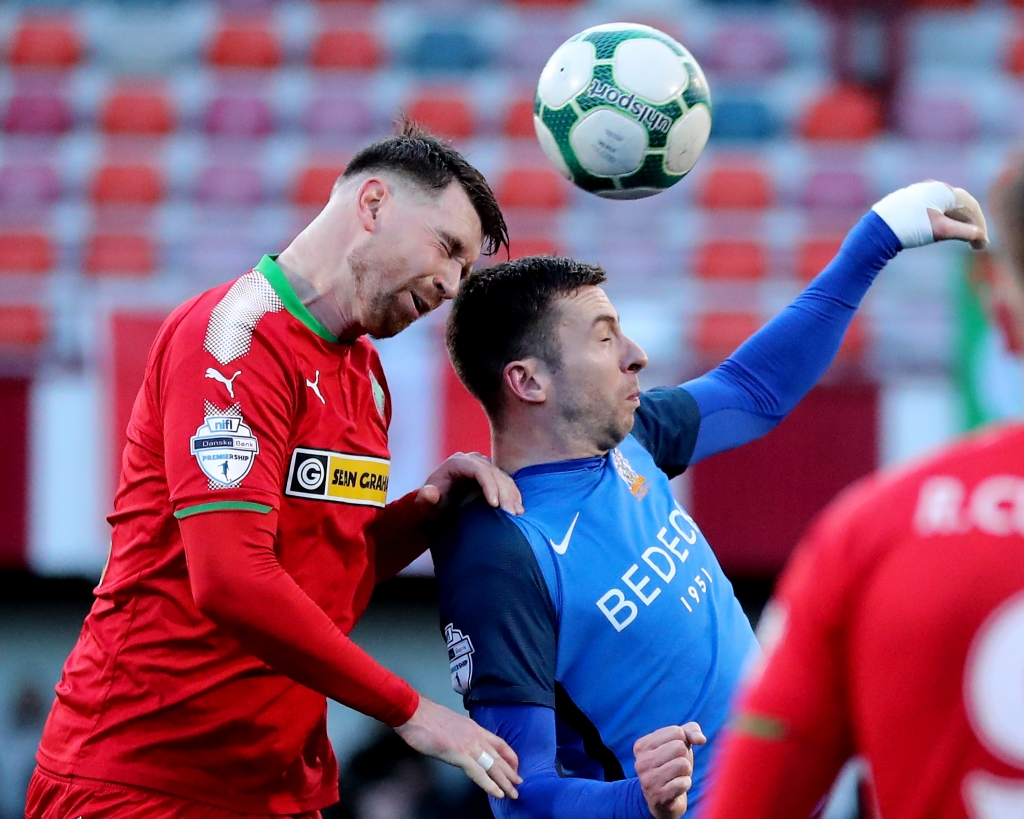