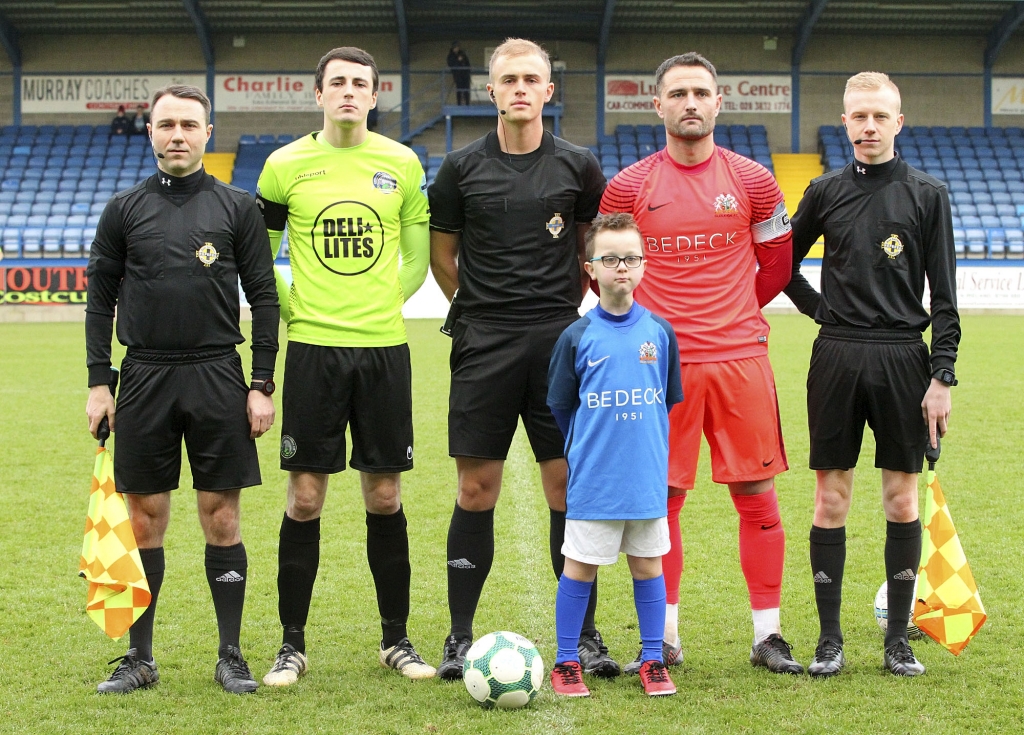 Glenavon slumped to a disappointing 3 – 1 defeat at home to Warrenpoint Town on New Year’s Day.

Philip Donnelly scored either side of half-time for the visitors before completing his hat-trick in the 75th minute, while Josh Daniels grabbed a late consolation for the hosts two minutes from time.

In the opening minute Aaron Harmon very nearly sent Stephen Murray through on goal, while seconds later at the other end Seanan Foster got the wrong side of James Singleton but fired his shot wide at the near post.

A minute later Murray picked up a loose ball following a Mitchell corner and sent a cross into the box which made its way to Rhys Marshall at the far post, but the full-back couldn’t convert the chance.

Glenavon had a real let-off in the sixth minute when they failed to clear a corner and Alan O’Sullivan struck a volley on the turn which cannoned off the base of the post. 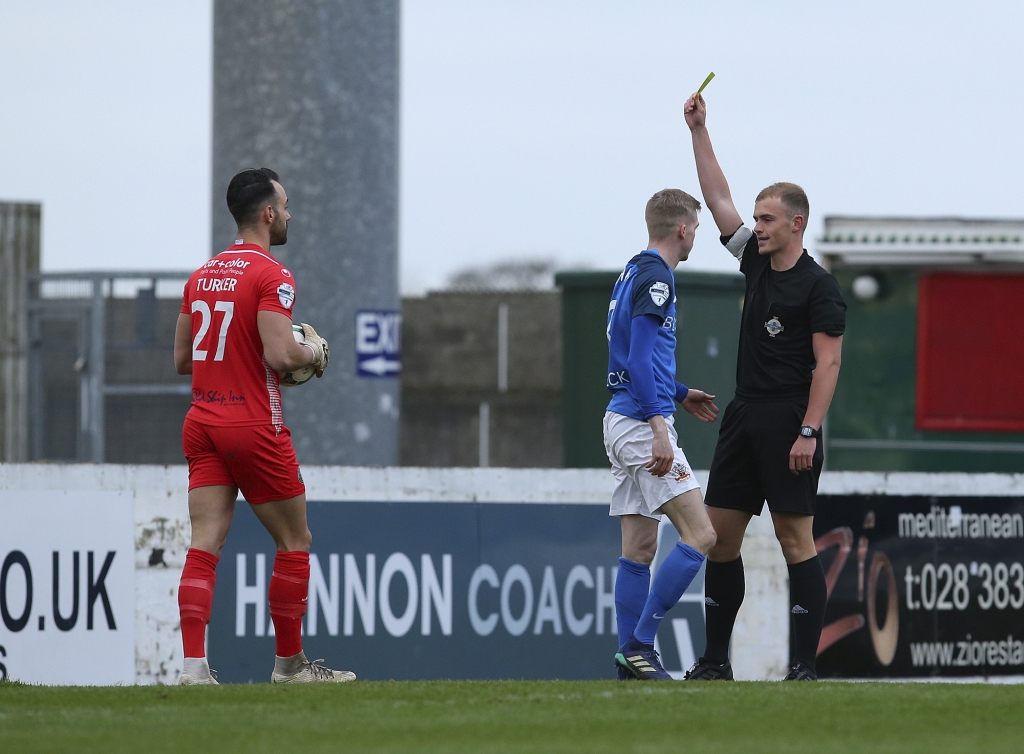 Good play from Daniels on the left flank on 14 minutes saw him pull the ball back for Murray on the edge of the box, but the striker side-footed his shot wide of the far post.

Moments later Tuffey nearly made a costly error when he misplaced a pass straight to O’Sullivan, but the goalkeeper recovered to snuff out the chance.

In the 21st minute Andrew Mitchell beat his man and drove in a low cross which Murray got on the end of. Warrenpoint goalkeeper Berraat Turker made a point-blank save to deny Glenavon’s top scorer. 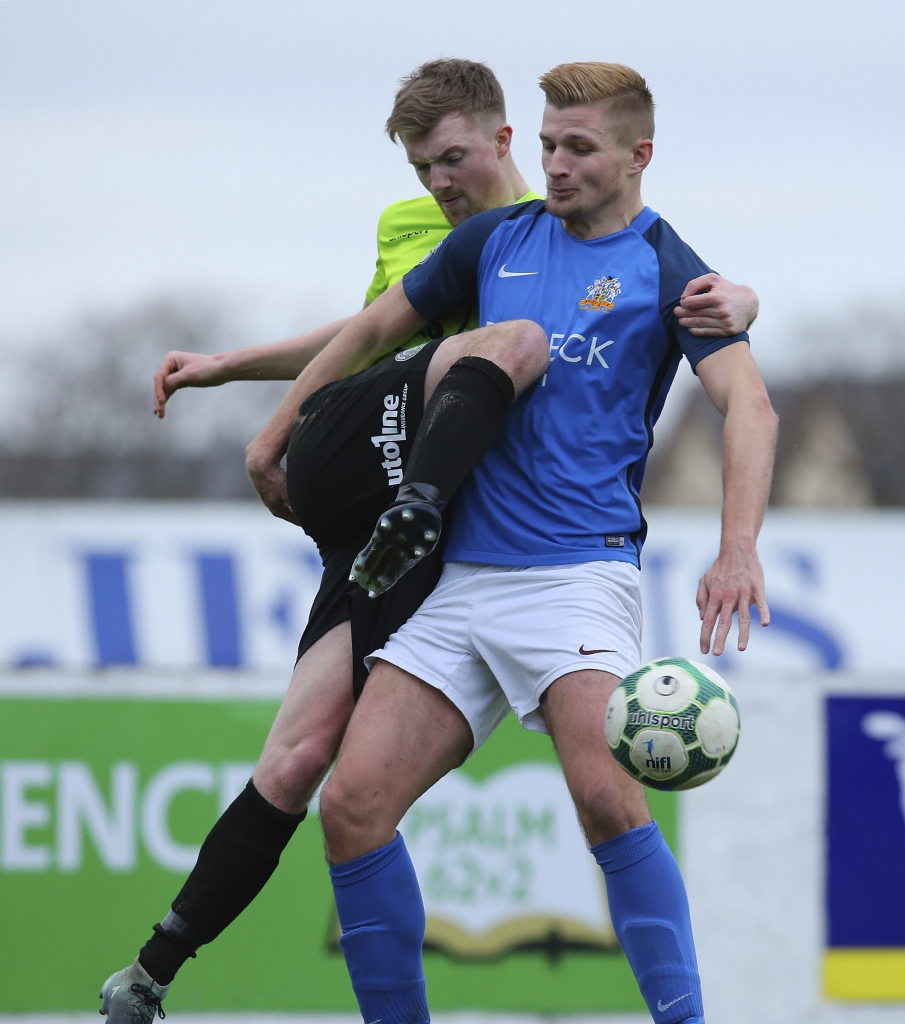 Turker was called into action again four minutes later when Murray teed up Hall for a shot. The keeper made another impressive save to keep the score at 0 – 0.

The impressive Marshall set off on one of his trademark runs in the 35th minute, but he could only fire the ball over the bar once he’d fashioned a shooting chance for himself. 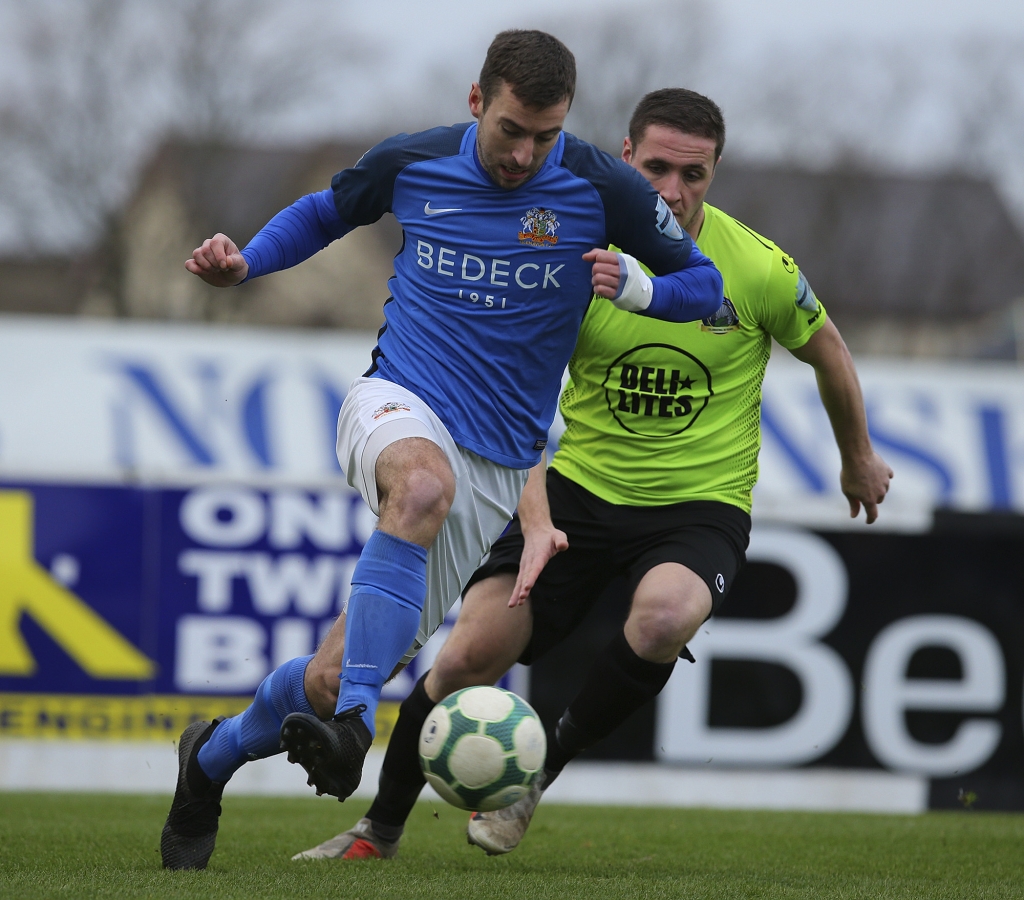 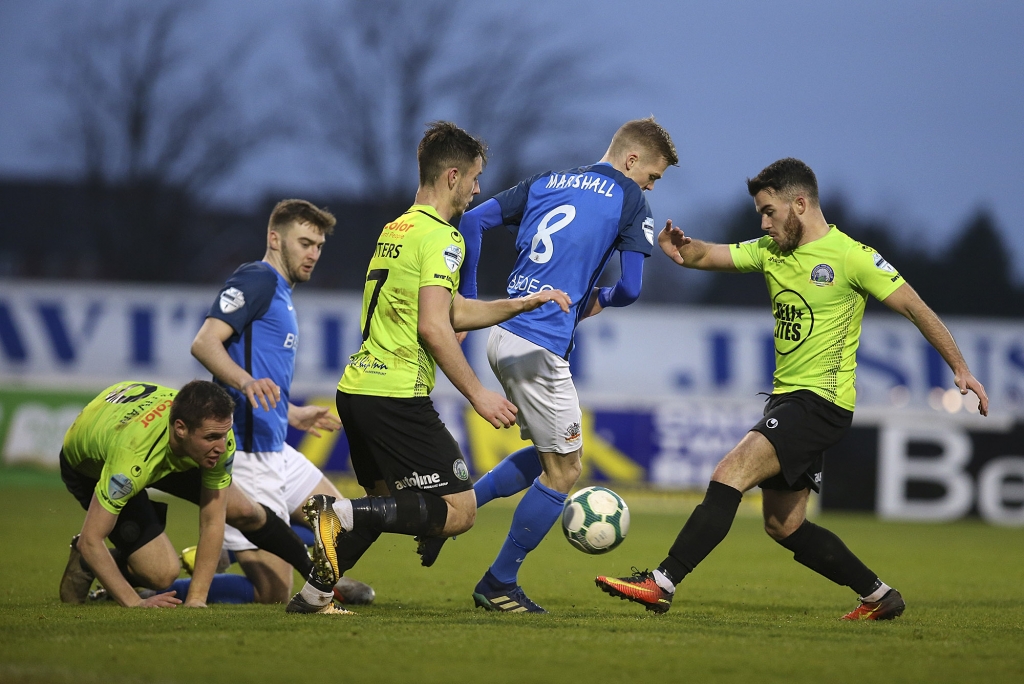 The visitors broke the deadlock five minutes later. O’Sullivan hurdled a Caolan Marron challenge on the right touchline before squaring the ball for his strike partner Donnelly, who rifled it past Tuffey at the near post.

Donnelly grabbed his and Warrenpoint’s second goal in the fourth minute of the second period, and it was O’Sullivan who was again the creator. Donnelly charged down Marron’s attempted clearance and when the ball broke to O’Sullivan he slipped it through for Donnelly to run clear on goal. The striker slotted it past Tuffey and into the net to double the away side’s lead. 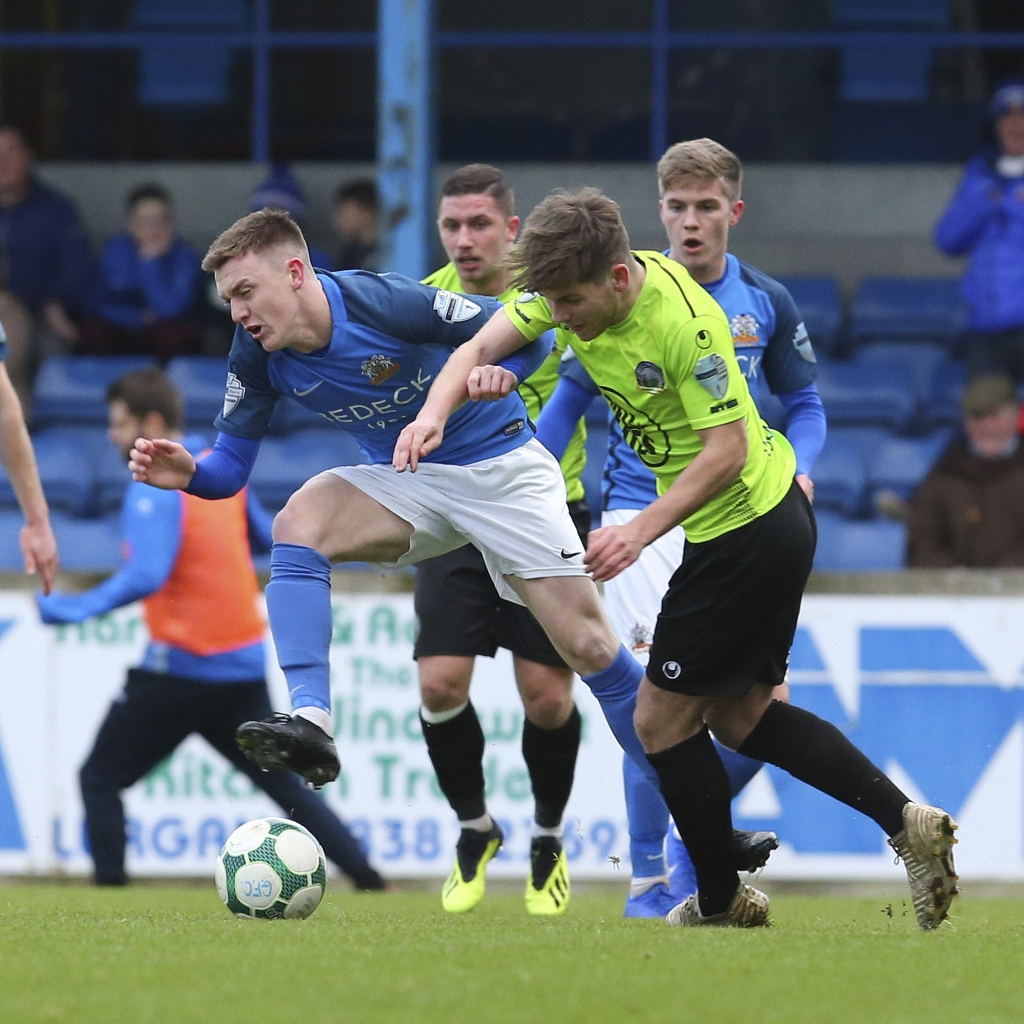 But for Tuffey the scoreline could have been really embarrassing for Glenavon. The goalkeeper made two impressive saves to deny O’Sullivan as the half wore on, while Donnelly also had another effort ruled out for offside in the 70th minute.

Donnelly wasn’t to be denied his hat-trick, however, and he completed it five minutes later. When Tuffey made yet another save from an O’Sullivan shot Donnelly reacted quickest and slotted in to make it 3 – 0 to the visitors.

Glenavon eventually got on the scoresheet in the 88th minute when Josh Daniels’ low shot found its way through a crowded penalty area and into the bottom corner, but it was no more than a late consolation goal in what was a well below-par performance from the home side, and one which means that they have picked up just three points from a possible 12 during the festive period.

The Lurgan Blues will be hoping to bounce back when they get their 2019 Irish Cup campaign underway on Saturday (January 5th) as they welcome Amateur League side Rosemount Rec to Mourneview Park (kick-off 3pm).