The match was jointly sponsored by InCab Taxi Training, Roy Harrison and our Club Doctor Stephen Best. The Ball Sponsor was Wee Paddy’s Bistro Lurgan and the Glenavon Man of the Match award was sponsored by S.M. Vint & Co. 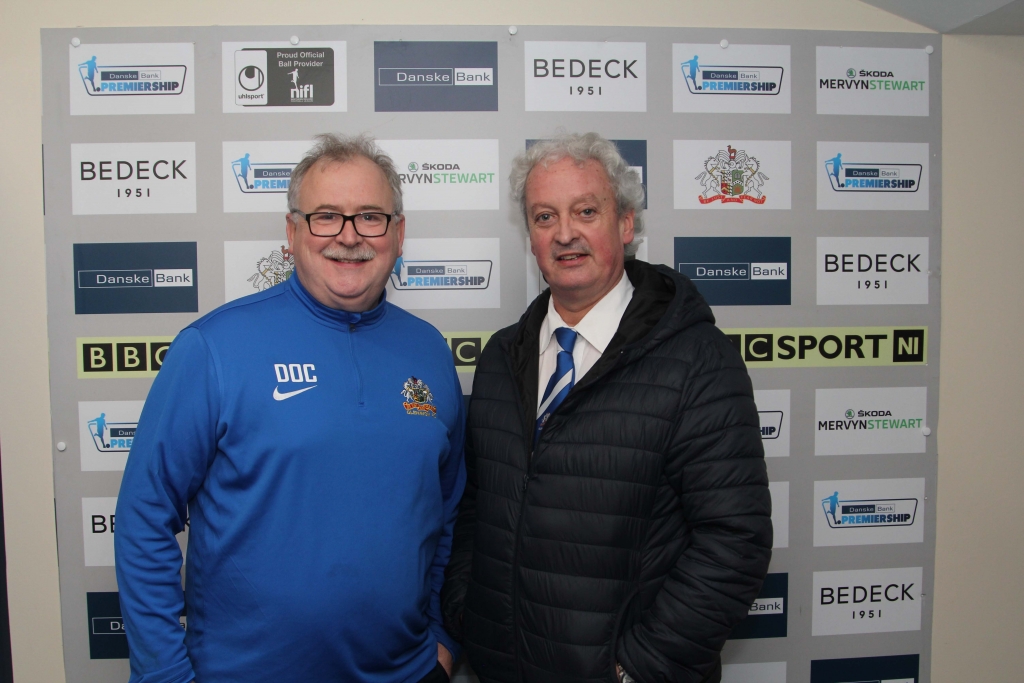 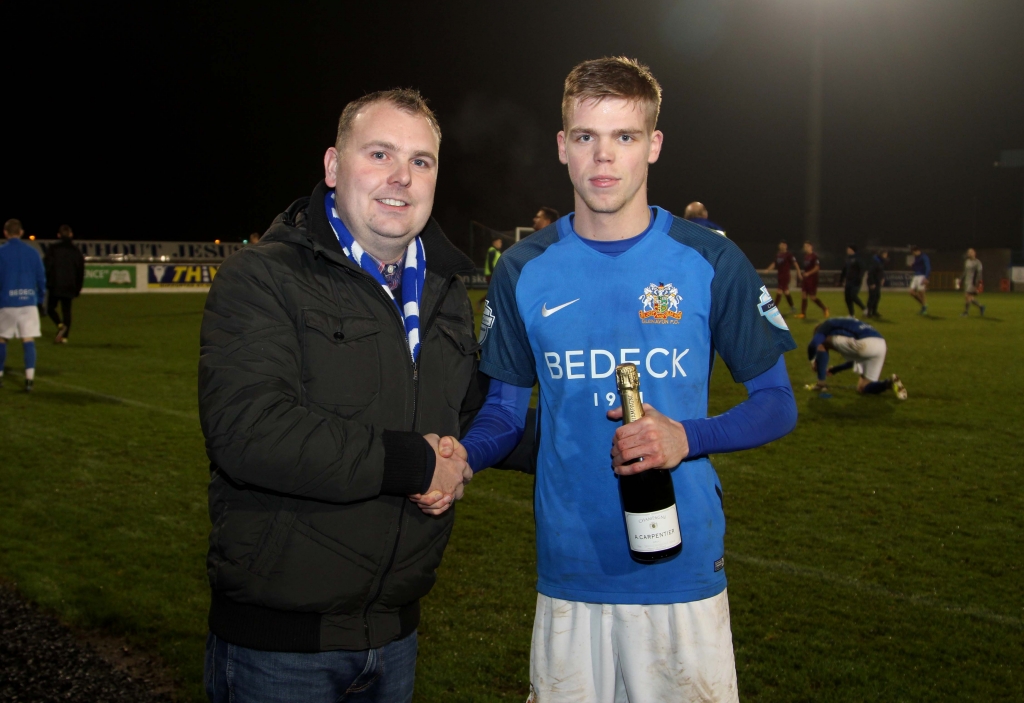 The Match Sponsor for the Mid-Ulster Cup semi-final against Dungannon Swifts was the City of Armagh GSC, the Ball Sponsor was Kitchen Bakes, Mahon Road, Portadown and the Glenavon Man of the Match award was sponsored by Shoeshine NI. 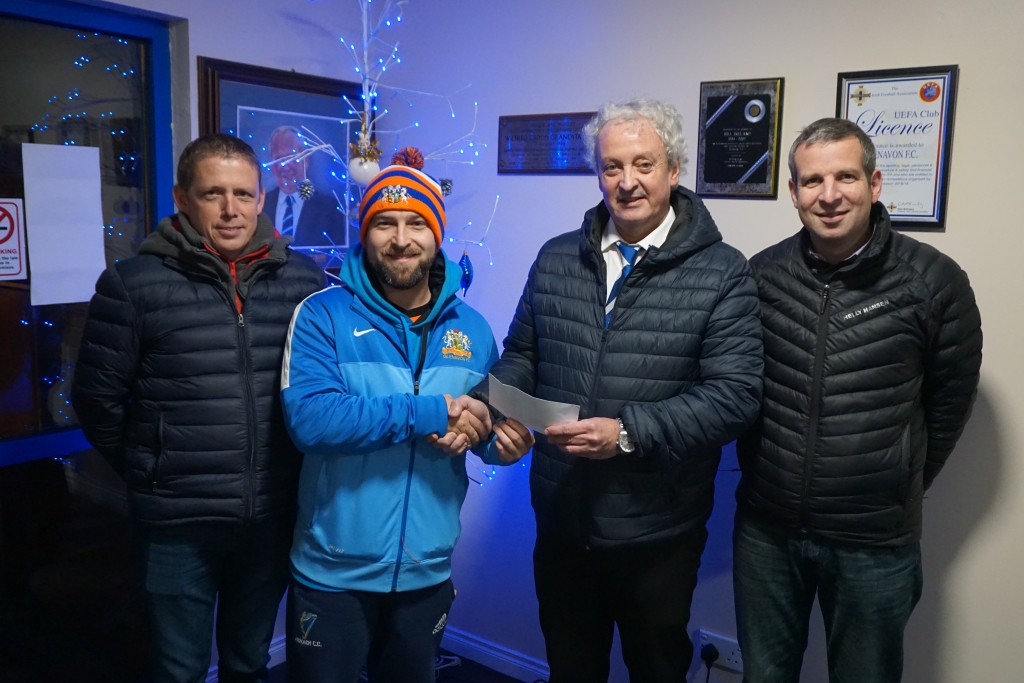 Gareth McCarter presents the Match Sponsoship cheque to Eddie Drury on behalf of the City of Armagh GSC. Also pictured are Richard Stoops and Steven Black. Photo by Philip Hawthorne 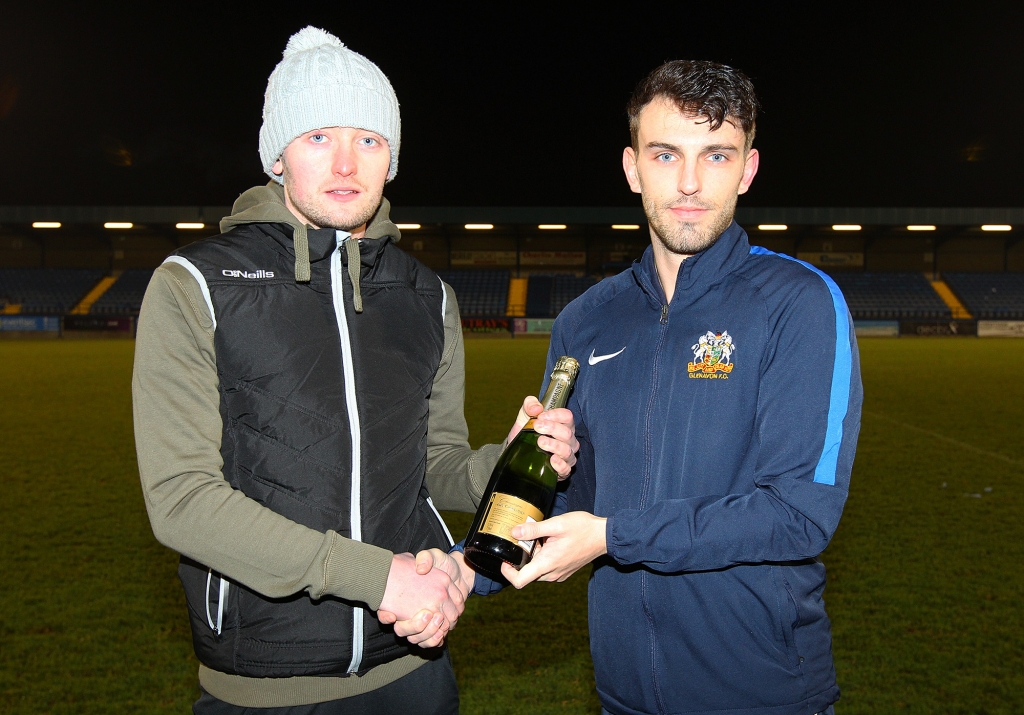