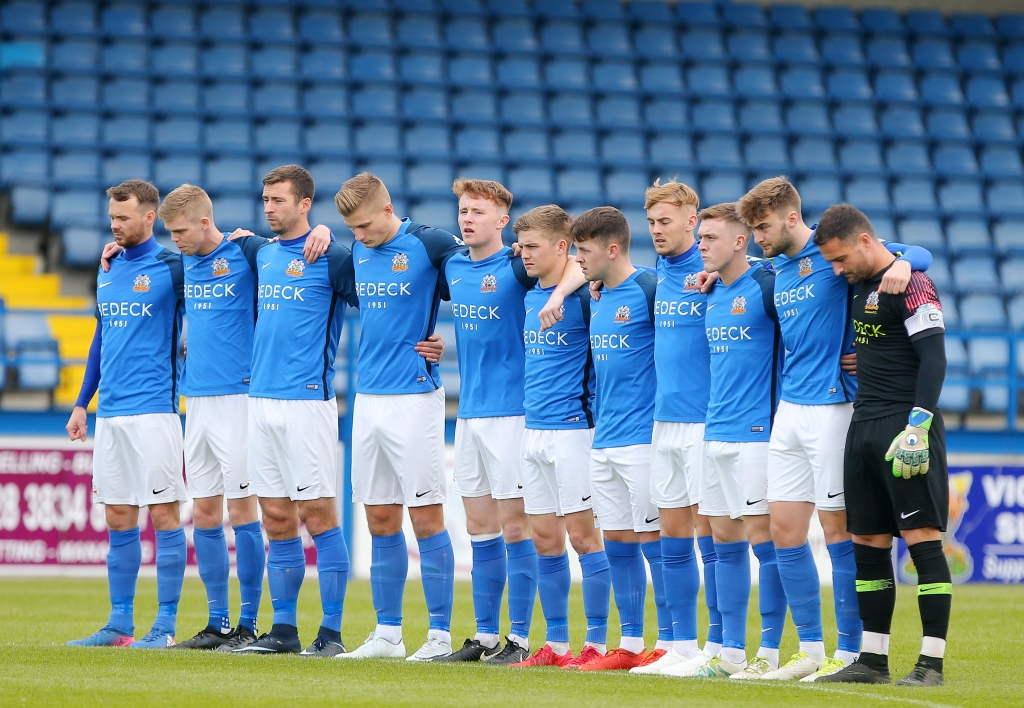 A minute’s silence was held before the match in memory of former Chairman Jack Gough who passed away recently. Mandatory Credit © INPHO/PressEye.com/Jonathan Porter

Glenavon recorded their fourth straight league win to maintain their one-point advantage over Linfield at the top of the table, defeating Kris Lindsay’s Dungannon Swifts 2 – 1 at Mourneview Park on Saturday.

The home side doubled their advantage on 62 minutes when Mitchell converted Rhys Marshall’s cross to grab his second goal in as many games.

Dungannon hit back through Kris Lowe in the 74th minute to set up a nervy finish, but Glenavon held on to preserve their slender lead over Linfield at the Premiership summit. 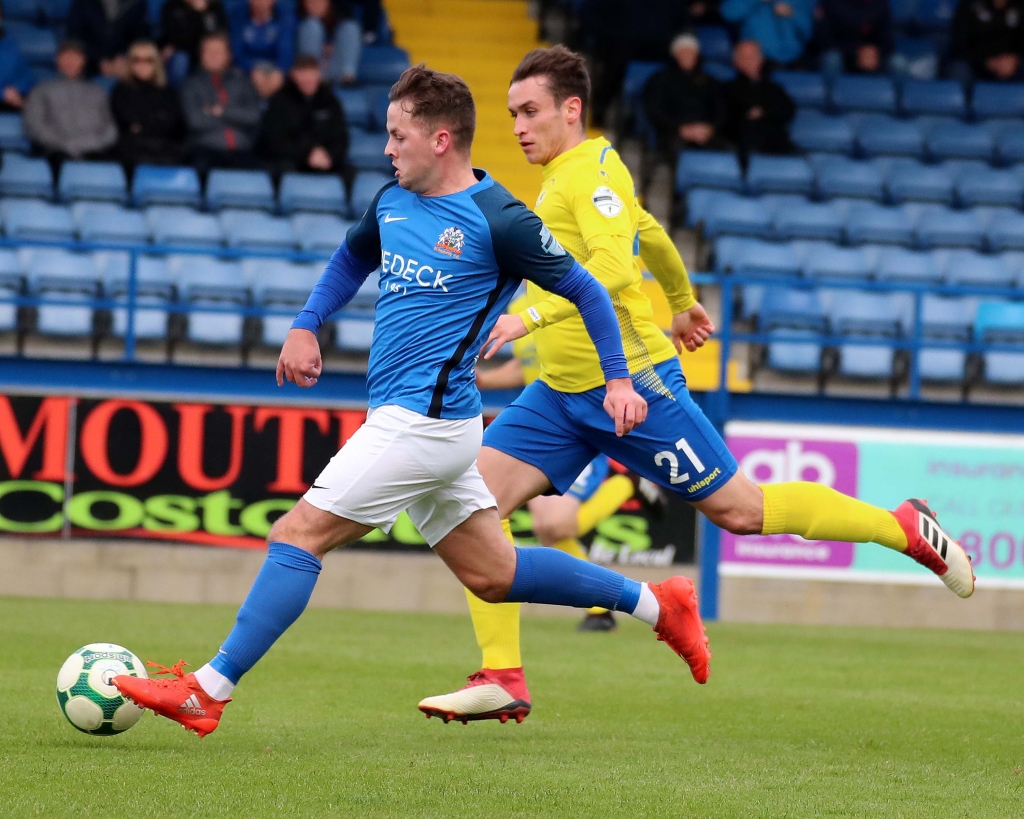 The hosts started the game well, and Mark Sykes whipped over a dangerous cross in the second minute, but none of his teammates could connect with it. 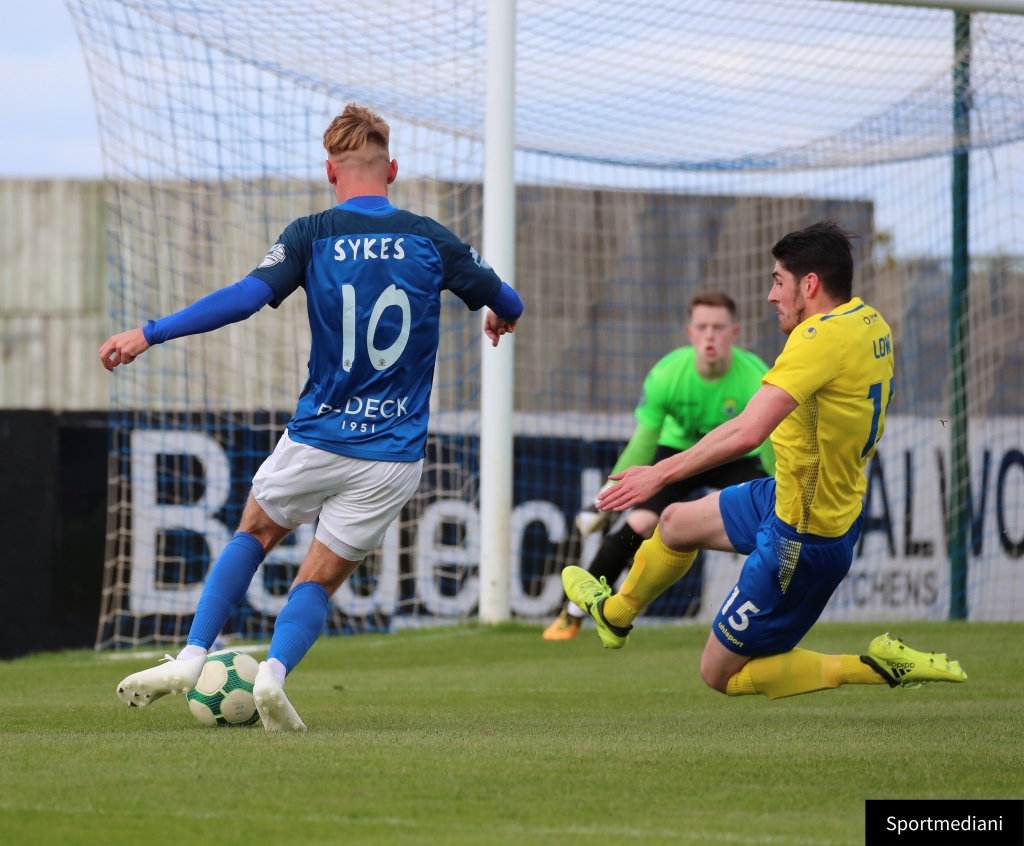 A minute later Murray fired in a well-struck shot from distance, but Swifts goalkeeper Alex Moore was equal to it.

In the seventh minute Daniels picked out Mitchell with a cross. The striker failed to hit the target with his header when he really should have at least tested Moore.

Mitchell was involved again a minute later when he ran onto Sykes’ through ball and crossed for Murray at the back post, but his strike partner didn’t catch his volley right and Moore saved easily.

A quarter of an hour in, Mitchell swung over a corner from the right which Marshall rose to meet at the far post, but his header went narrowly wide.

On 18 minutes Mitchell’s well-struck shot from 20 yards went straight at Moore, while moments later Corey McMullan turned and fired an effort well wide of Tuffey’s goal for the Swifts. 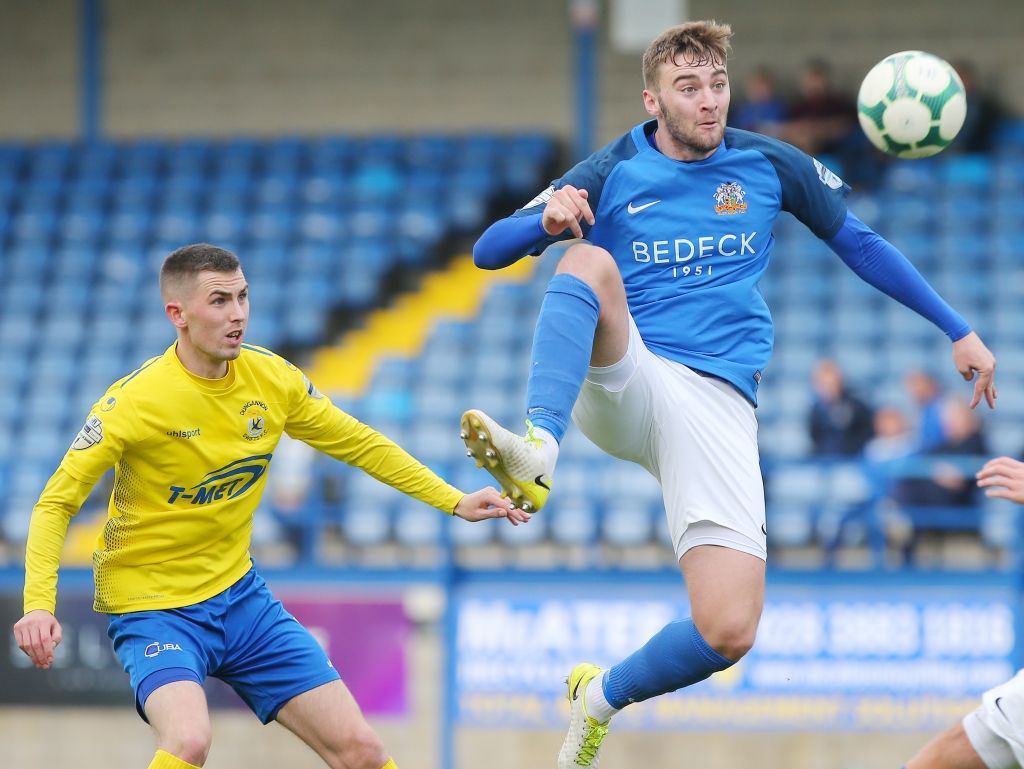 In the 22nd minute Murray broke clear on the right and fired a low shot wide of the far post when the better option might have been for him to attempt to pick out Mitchell with a cross.

Dungannon captain Ryan Harpur was booked by referee Ian McNabb for a rash tackle on Ben Doherty a minute later, with many of the home supporters believing McNabb should have produced a red card. Hall sent the resulting free-kick narrowly over the crossbar.

The deadlock was broken on 39 minutes. Singleton’s throw-in was nodded on by Mitchell to Daniels. The winger took one touch to control the ball, then a second to play it into the path of Murray. He squared the ball for Hall, who made no mistake, calmly picking his spot and slotting the ball into the bottom corner at the near post. 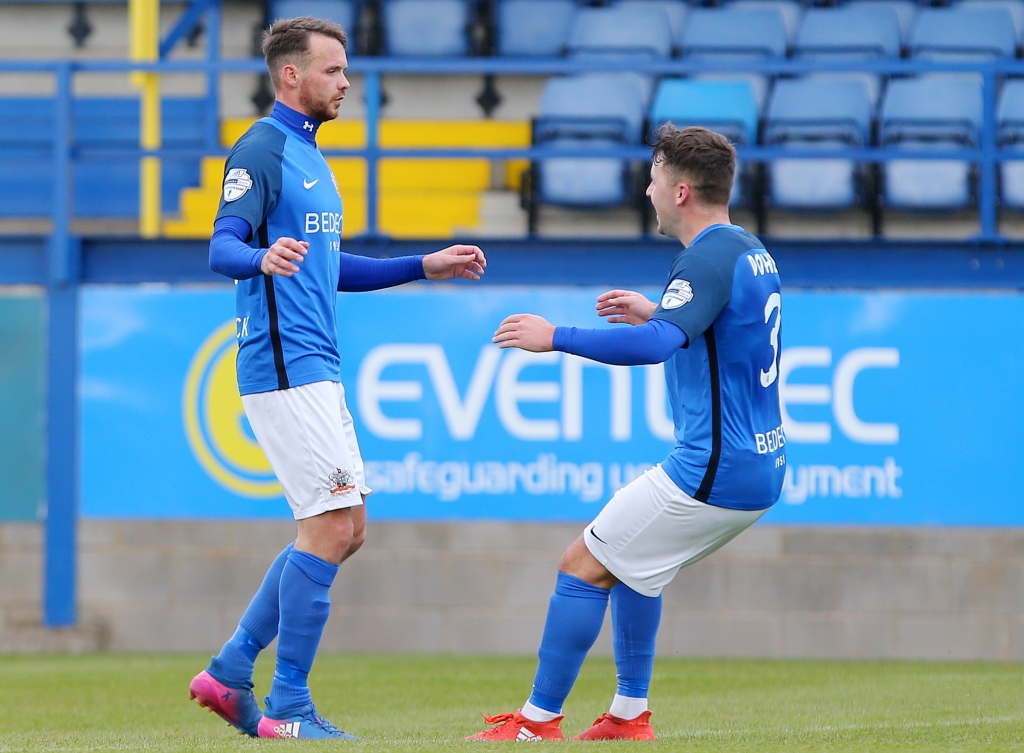 Glenavon’s Andy Hall (left) is congratulated by teammate Ben Doherty after he scores to make it 1-0. Mandatory Credit © INPHO/PressEye.com/Jonathan Porter

In the fourth minute of the second half McMullan flashed a shot over the bar from 25 yards for the away side, while teammate Daniel Hughes sent his free-kick straight into the wall seven minutes later.

On 57 minutes Daniels played a ball down the left wing for Mitchell to run onto. He flashed a dangerous cross along the six-yard box which went beyond strike partner Murray.

Glenavon’s second arrived five minutes later, and it was another goal of real class. Marshall played a one-two with Hall down the right, surging towards the byline before sending an excellent low cross to the back post where Mitchell was on hand to convert, grabbing his fourth league goal of the season. 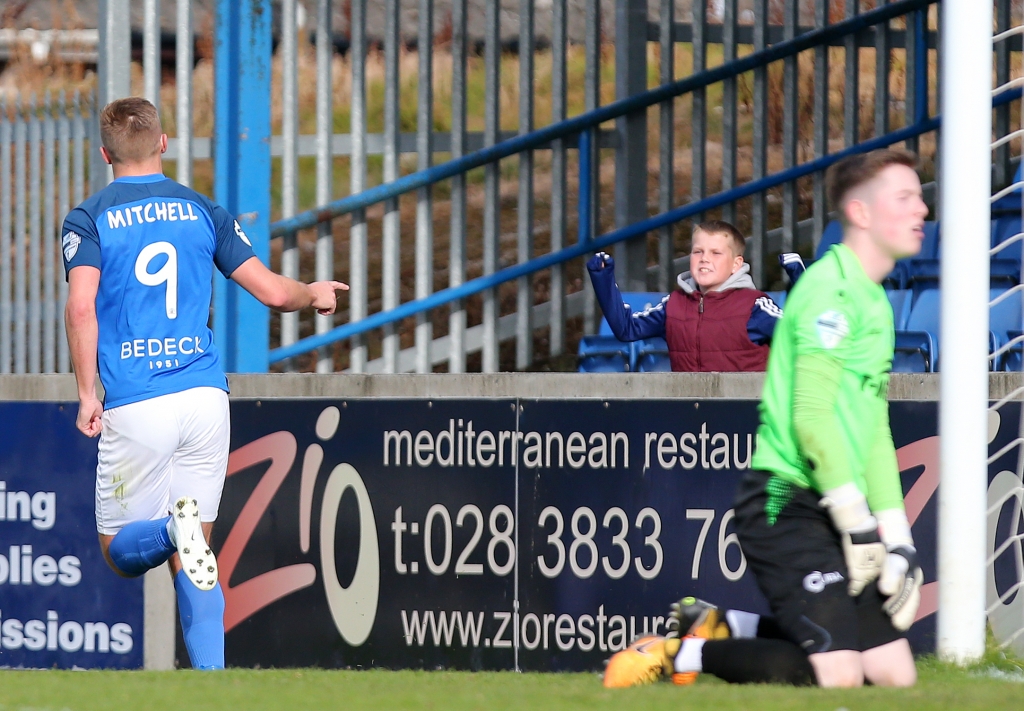 Dungannon introduced young winger Rhyss Campbell from the substitutes’ bench two minutes after Glenavon’s goal, and he appeared to lift the Swifts’ morale. He found Hughes with a quick free-kick on 65 minutes, and Tuffey had to get down smartly to save the forward’s shot at his near post.

Campbell was also involved in the visitors’ goal. He went on a mazy run from the right flank, carrying the ball infield past Singleton before slipping it into the box for Lowe. His first effort was kept out by an excellent save from Tuffey with his left leg, but the Glenavon stopper could do nothing to prevent Lowe from converting the rebound.

Lowe’s goal set up a tense finish, but Glenavon held on for their seventh win of the season so far, ensuring that they remain one point clear of Linfield at the top of the table.

Next up for the Lurgan Blues is a trip to Ballycastle Road on Saturday (October 6th) to take on last season’s runners-up Coleraine (kick-off 3pm). 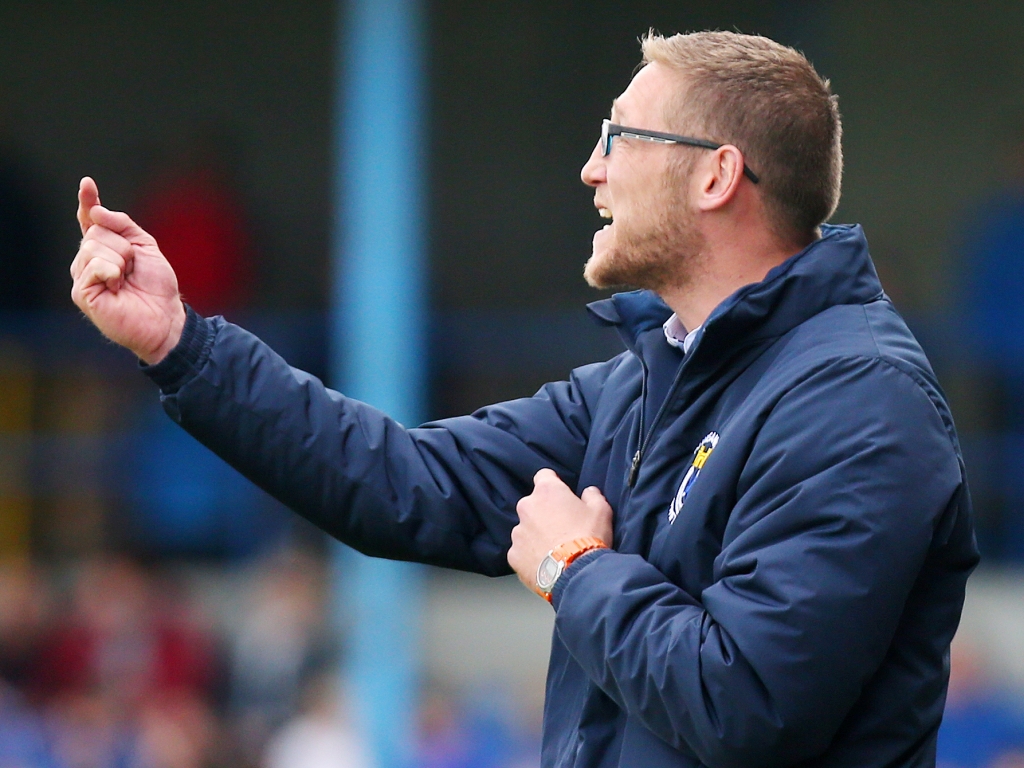