Glenavon moved into top spot in the Danske Bank Premiership table with a hard-fought 2 – 0 victory away to Ards on Tuesday night.

Stephen Murray opened the scoring from the penalty spot in the 10th minute after Josh Daniels had been fouled by Josh Kelly.

Andrew Mitchell sealed the three points with a fine effort 15 minutes from time as the Lurgan Blues leapfrogged Linfield to move top of the standings.

Rhys Marshall had the game’s first opportunity when Andrew Hall pulled the ball back to him, but his shot from outside the box went high and wide.

Three minutes later Murray flashed a dangerous effort across the face of goal which Mitchell nearly got on the end of.

On seven minutes Josh Kelly struck a low shot from the edge of the penalty area for the hosts which went narrowly wide of Jonathan Tuffey’s right-hand post.

The deadlock was broken in the tenth minute. Marshall found the feet of Murray with a throw-in from the right. The striker played a low ball across the penalty area which found Daniels, and when the winger went down under the challenge of Josh Kelly, referee Lee Tavinder awarded a spot-kick, despite Ards’ protests that the midfielder had got the ball first. 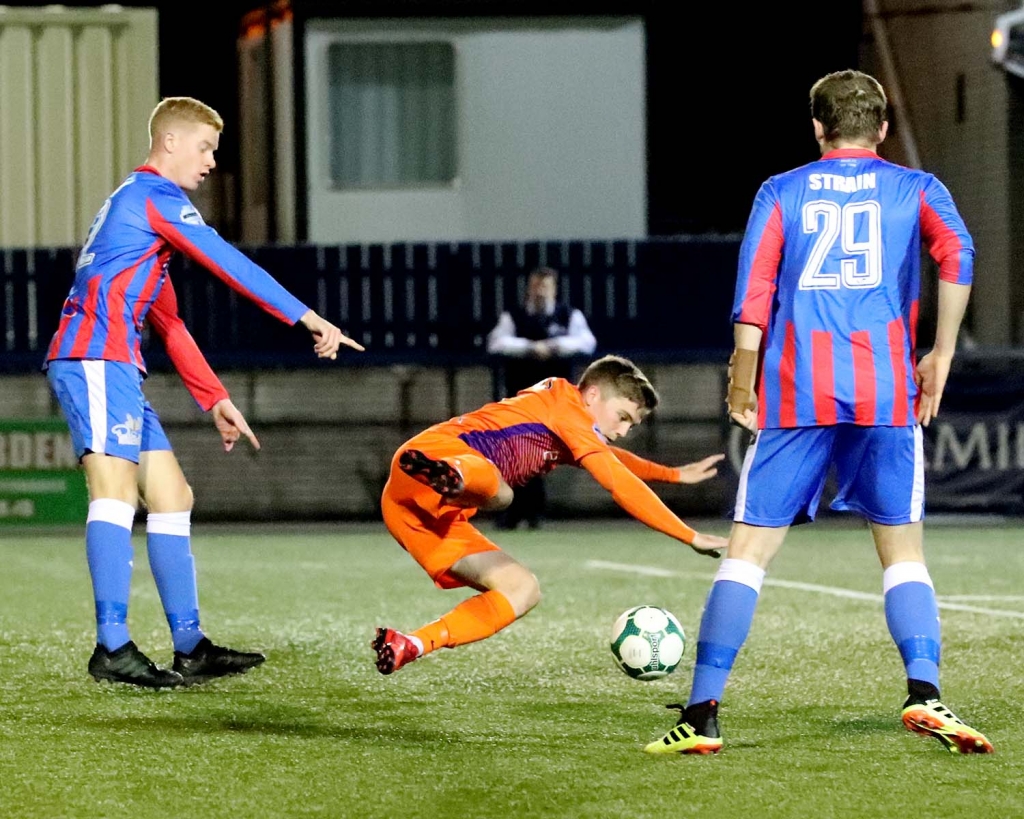 Murray stepped up and drilled his penalty into the left-hand bottom corner, sending Sam Johnston the wrong way, to give the Lurgan Blues an early lead and notch his sixth league goal of the season. Only Cliftonville marksman Joe Gormley, with seven, has scored more than the Glenavon striker so far this season. 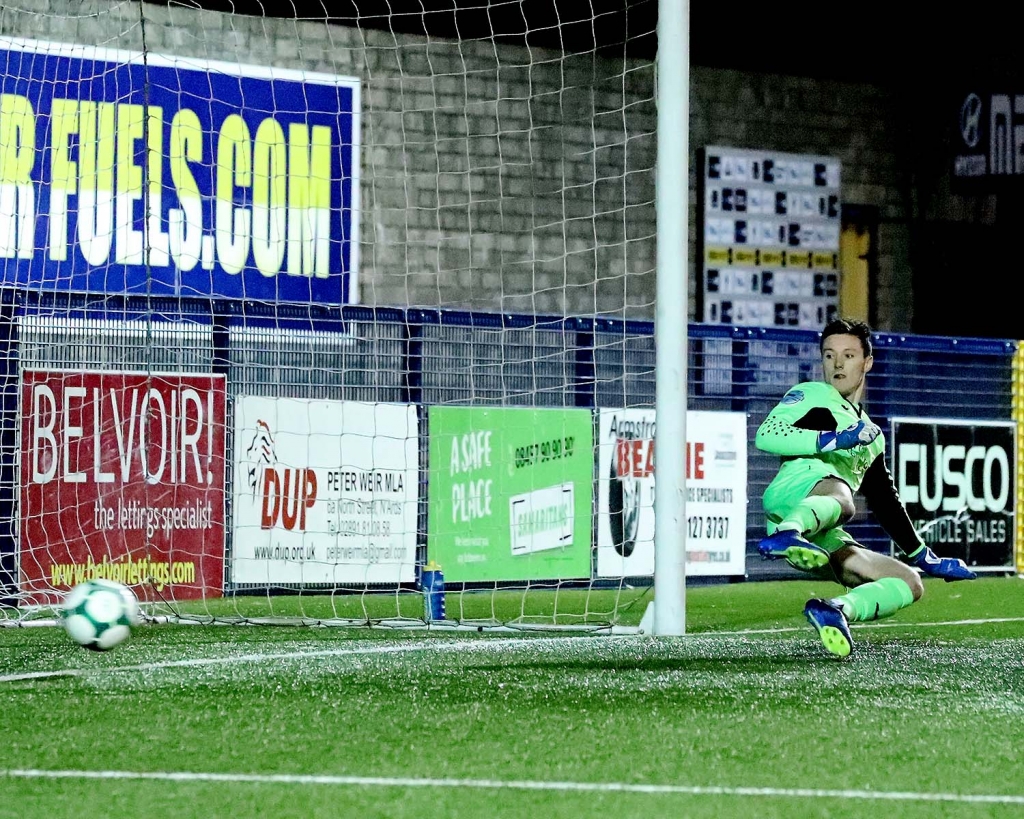 Stephen Murray sends Sam Johnston the wrong way to open the scoring from the penalty spot. Photo by Maynard Collins

The home side almost struck back in the 17th minute. Full-back Michael Kerr chipped the ball up to Mark Kelly on the edge of the box. The striker flicked it on with his head to find Ryan Strain, who produced an excellent first touch to bring the ball inside Caolan Marron and fashion a shooting opportunity for himself, only to drag his low left-foot effort wide of the near post.

In the 25th minute Ards had half-hearted penalty appeals waved away after Jonah Mitchell had gone down under a challenge from Marron, while Sykes blazed a shot over the bar at the other end a minute later.

The hosts ended the first half the better. Mark Kelly headed over Mitchell’s corner on 28 minutes, while it required an excellent clearance from Marshall to cut out a dangerous cross from Josh Kelly 10 minutes before the break.

Glenavon had the first opportunity of the second period when Murray played Sykes in on the left, but the midfielder’s left-footed shot found the side-netting. 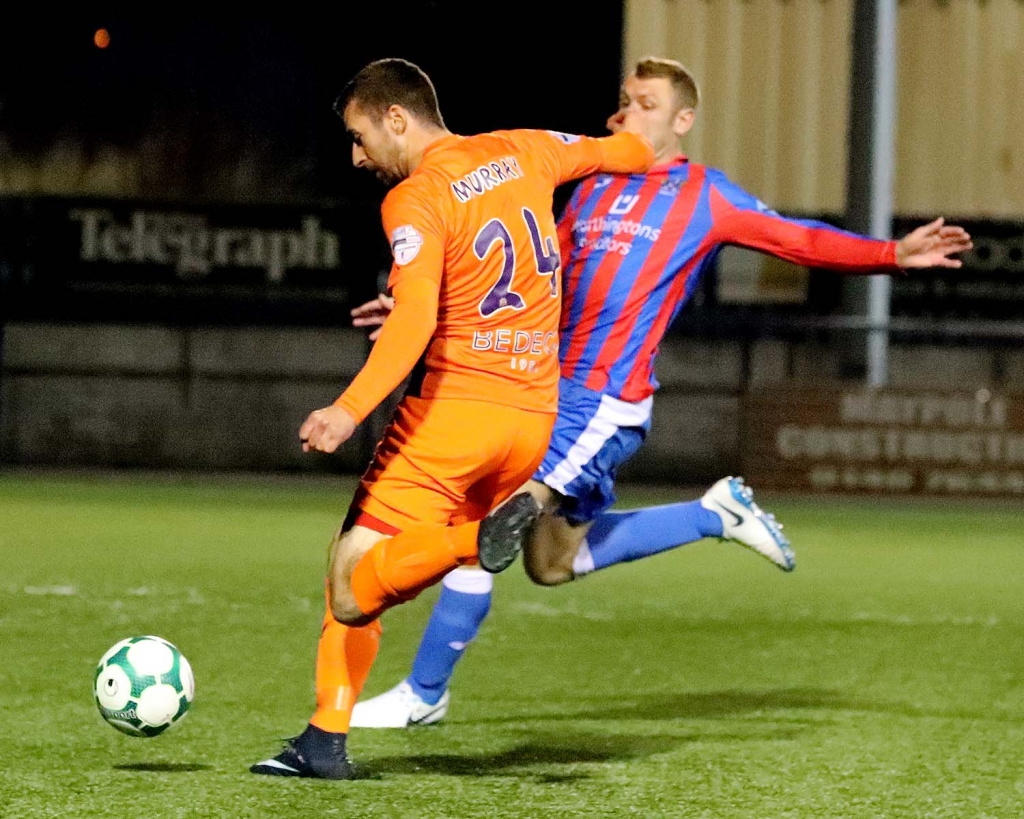 In the 55th minute the visitors worked the ball well from right to left to find Daniels. His cross picked out Mitchell, but the striker couldn’t direct his volley on target.

A couple of minutes later Sykes elected to shoot when he really should have slipped the ball to the better-positioned Hall.

On the hour mark Hall played a ball down the line for Sykes, whose cross picked out Daniels at the far post. The winger controlled the ball on his chest before sending an acrobatic volley over the top. 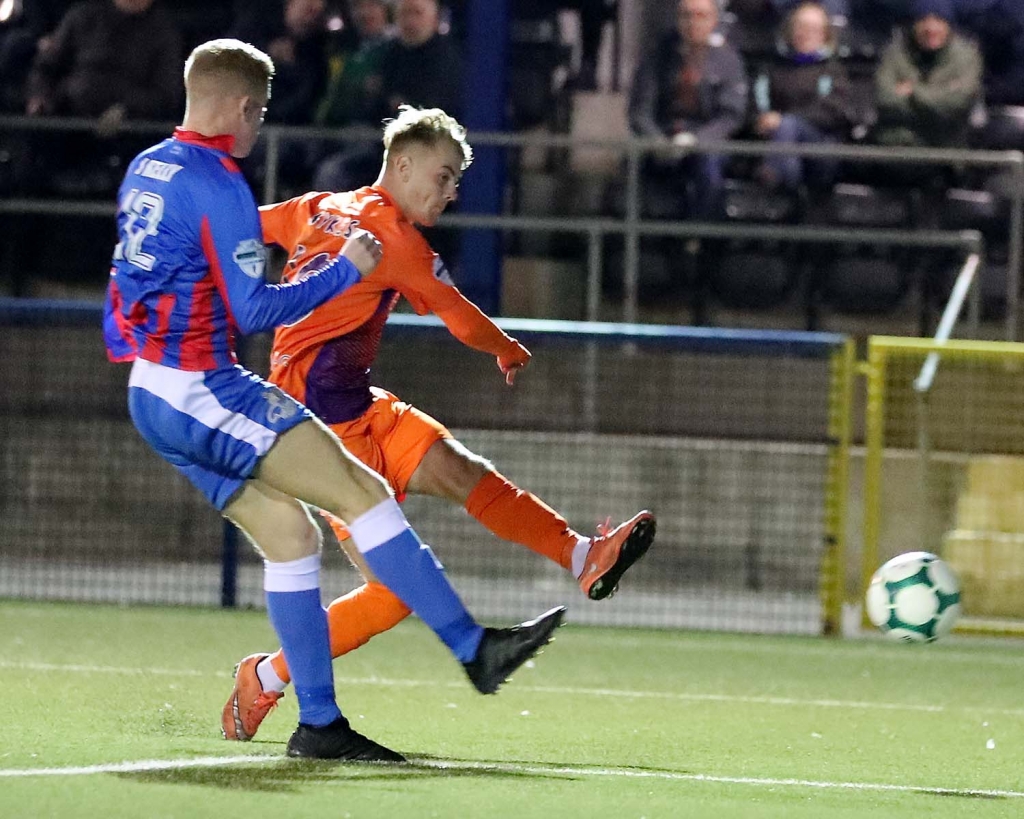 Sykes very nearly burst through on goal in the 70th minute after Mitchell had held the ball up well and fed it to him, but Johnny Taylor recovered to make an excellent last-gasp tackle.

By the midpoint of the second half the game was getting scrappy, and the travelling supporters could have been forgiven for fearing that Ards might nick a late equaliser. However, their fears were allayed in the 75th minute when Mitchell grabbed his third goal of the campaign.

Substitute Gary Muir played a percentage ball over the top. Mitchell outmuscled Taylor before turning him smartly, then curled a peach of an effort into the far top corner which Johnston had no chance of saving. 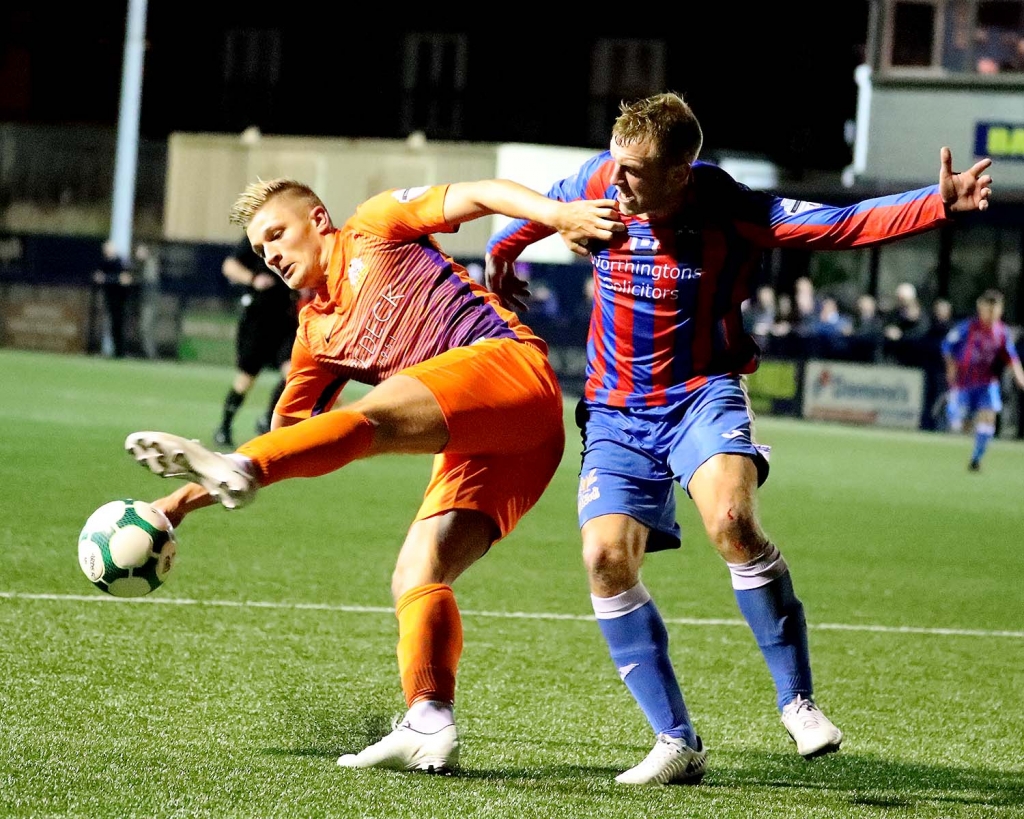 The Lurgan Blues should have added a third five minutes from the end. Mitchell’s deft flick sent Murray clear but Johnston raced off his line and saved with his legs. The rebound fell to Daniels, but his effort was blocked.

By that stage, however, the three points which saw Glenavon jump to the top of the Premiership table were already secured.

After the match it was announced that Glenavon player/coach Kris Lindsay had been appointed as the new manager of Dungannon Swifts. Ironically, Lindsay’s first game in charge will see him bring his Swifts side to Mourneview Park on Saturday (September 29th) to take on the Lurgan Blues (kick-off 3pm). 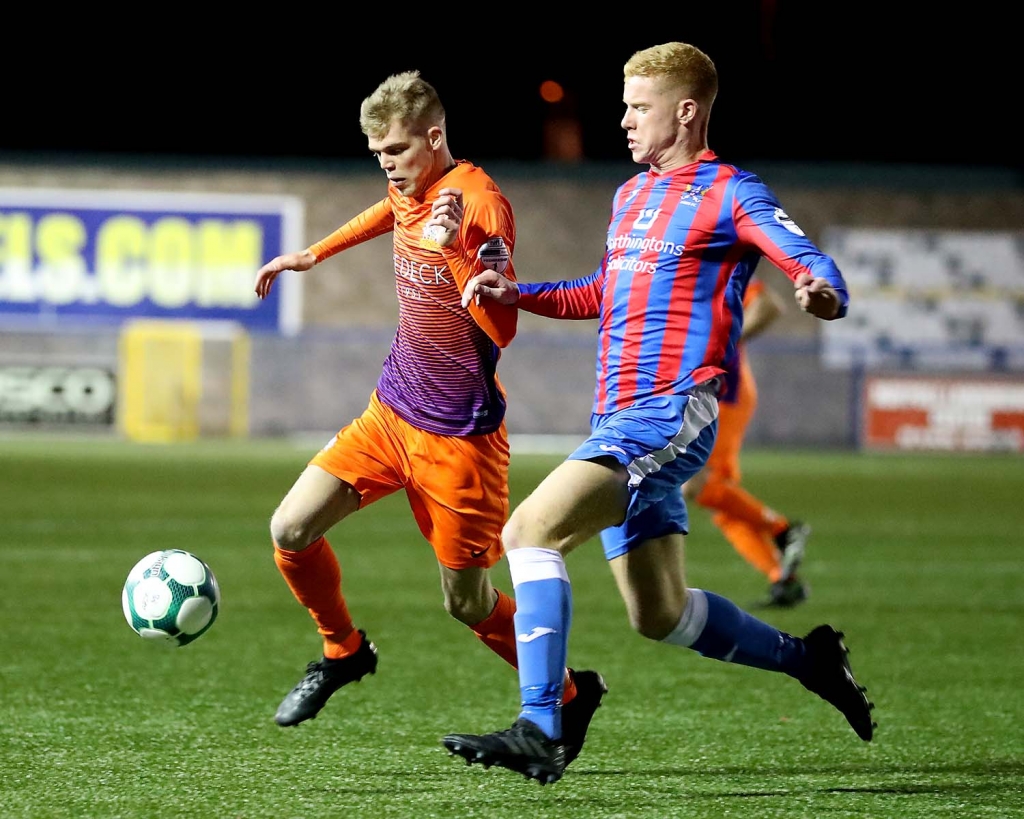