Glenavon came from behind twice in a thrill-a-minute Danske Bank fixture today at Mourneview Park to claim all three points and move to within two points of leaders Linfield who were held to a 0-0 draw at Coleraine.

Crusaders Ross Clarke put the visitors ahead with a close range header in the 27th minute but Ben Doherty struck back inside 3 minutes, to add to his first goal scored in the Mid Ulster Cup on Tuesday night since joining from Derry City on loan.

Clarke had already struck the outside of the post before he scored and he also headed wide not long after his opener.

Referee Arnold Hunter was taken ill during the interval and 4th Official Tony Clarke replaced him for the second half. His first big call of the half came 8 minutes after the break when he somehow missed a blatant shirt pull by Crusaders full back Mark McCrystal on Andrew Mitchell. 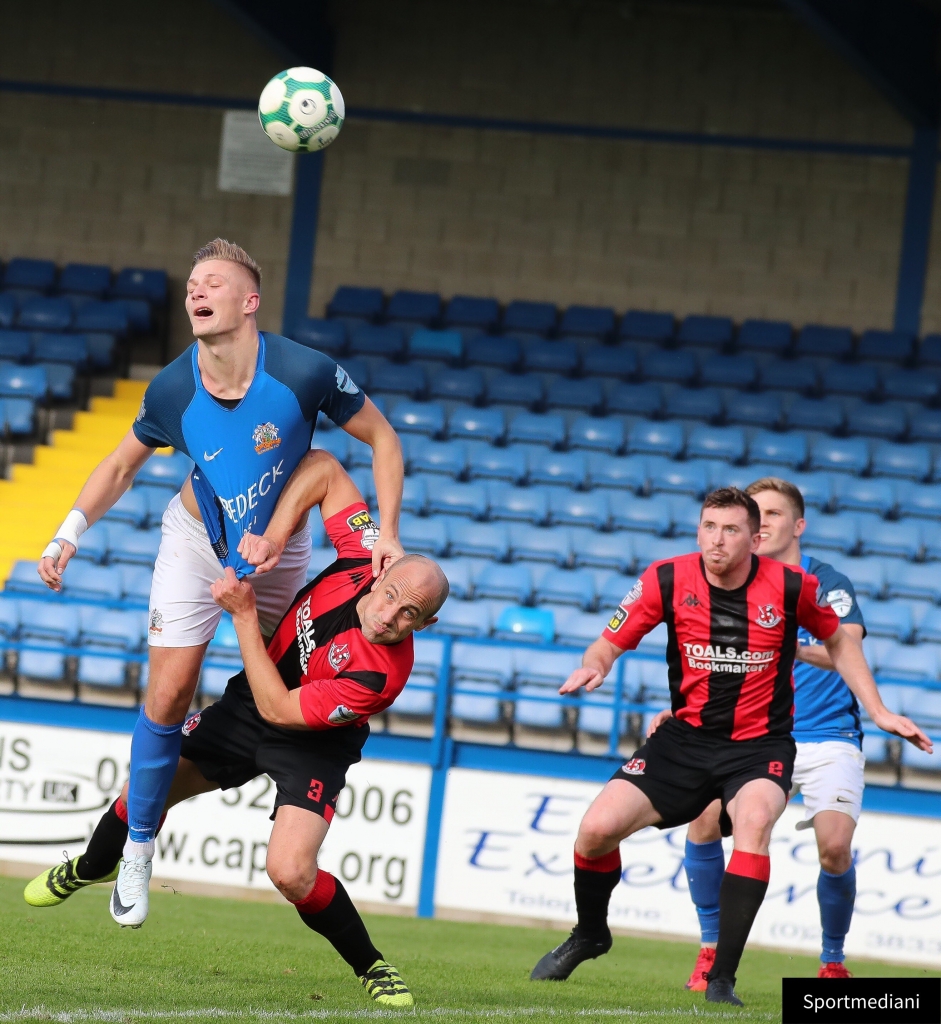 Clarke did grab his second of the match, in the 68th minute, when Glenavon was slow to react to a throw in down the left wing and the Crues player nipped in to slot past Jonny Tuffey.

The home side was level again after 79 minutes when Mark Sykes equalised with a fantastic overhead kick after Rhys Marshall had played the ball back into the danger area from Sean O’Neill’s punch off a Josh Daniels cross.

Top that! Well Man of the Match Daniels probably did when he struck home the winner five minutes from time. Picking up the ball deep in his own half he drove forward, cutting inside and beating BJ Burns and Matthew Snoddy before unleashing an unstoppable shot into the top corner from 30 yards.

There was still time to call on Tuffey to make the save of the game when he spread himself to block a point blank shot from Rory Patterson – Peter Schmeichel would have been proud of that one!