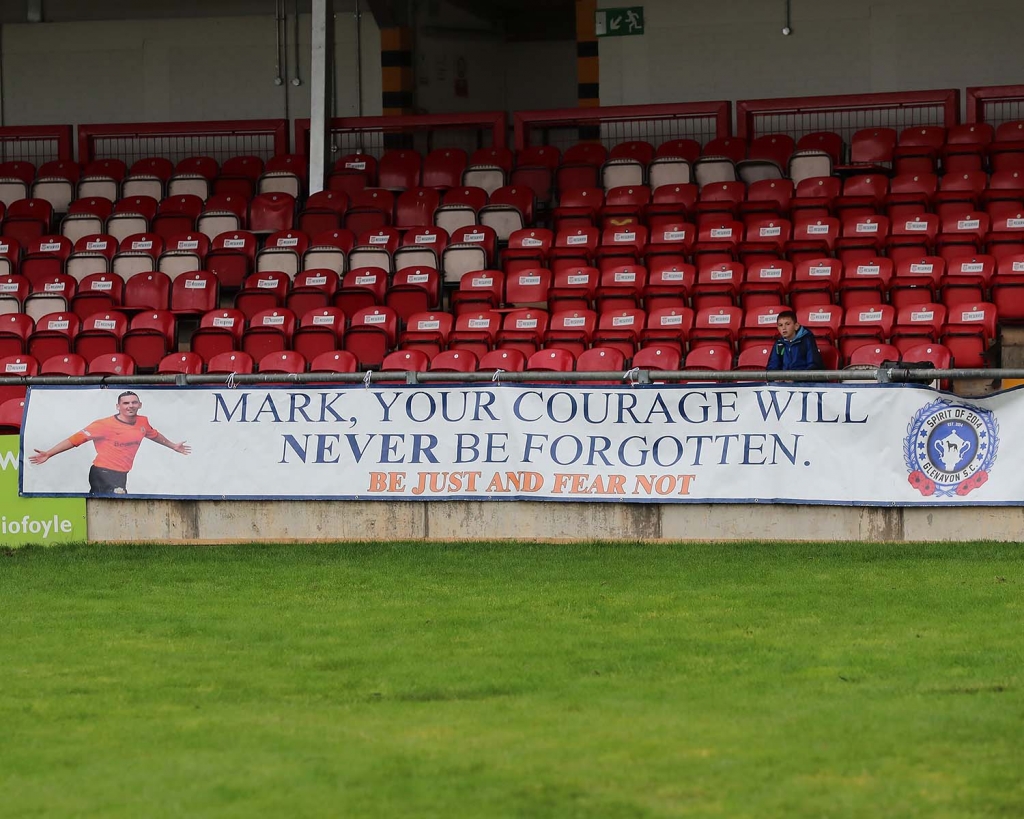 Stephen Murray scored a stunning hat-trick to help Glenavon to a 4 – 1 win away to Institute at The Brandywell on Saturday.

Andrew Hall opened the scoring in the 10th minute when he converted Josh Daniels’ cross.

Murray then scored two goals from distance to give the Lurgan Blues a commanding three-goal advantage.

Institute striker Darren Henderson pulled a goal back for the home side two minutes before the break, but whilst Glenavon couldn’t replicate their first-half performance in the second period, it was Murray who struck again late on to complete his hat-trick and seal an impressive victory for the away side.

The visitors took the lead on 10 minutes. Daniels played a one-two with James Singleton on the left flank following the full-back’s throw-in. The winger curled over a peach of a cross with his right foot which found Hall at the back post and he made no mistake, guiding the ball past Martin Gallagher on the volley to register the first goal Institute have conceded at the Brandywell this season. 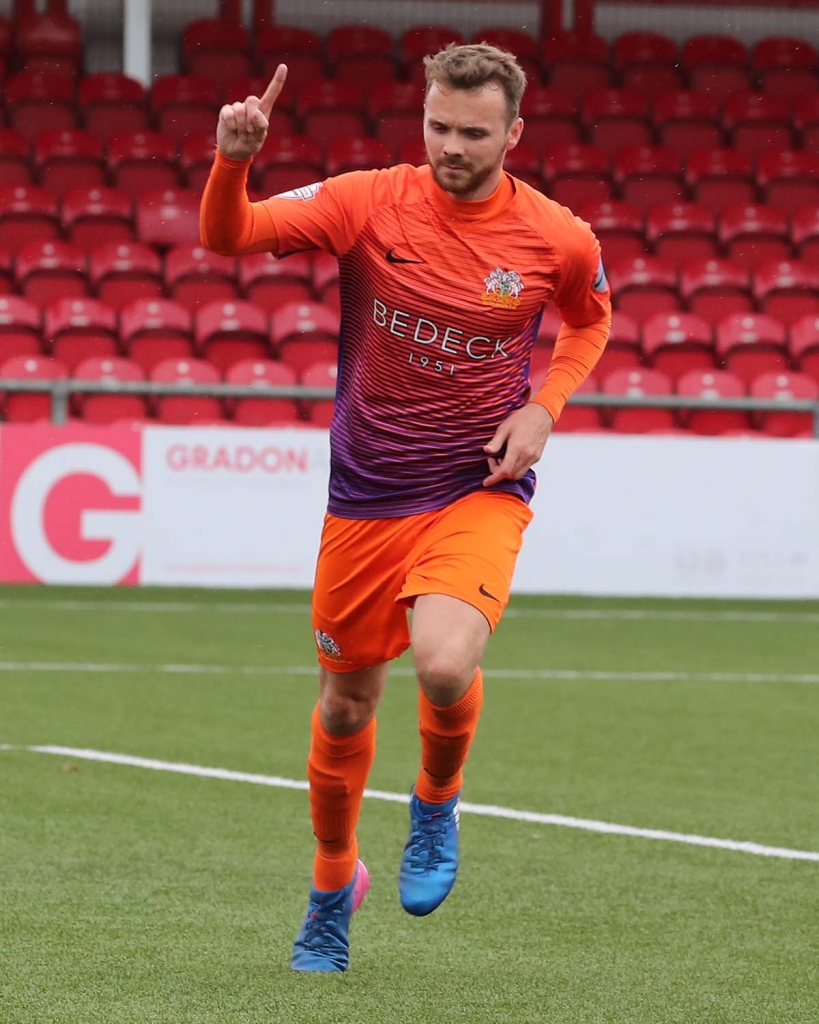 The visitors doubled their lead 11 minutes later. Caolan Marron cut out a pass from Stute midfielder Ronan Doherty and played the ball wide to Hall. The winger played a pass over the top for Murray to run onto down the right flank. Murray’s first touch was good to bring the ball under control, then he sent over a cross-cum-shot towards the far post where Andrew Mitchell was lurking, but rather than pick out his strike partner the ball drifted over Gallagher and nestled in the far corner instead.

Glenavon continued to threaten, first through Hall, who saw his free-kick parried by Gallagher before the Stute keeper gathered the ball at the second attempt, then through Aaron Harmon, who shot straight at Gallagher from distance. 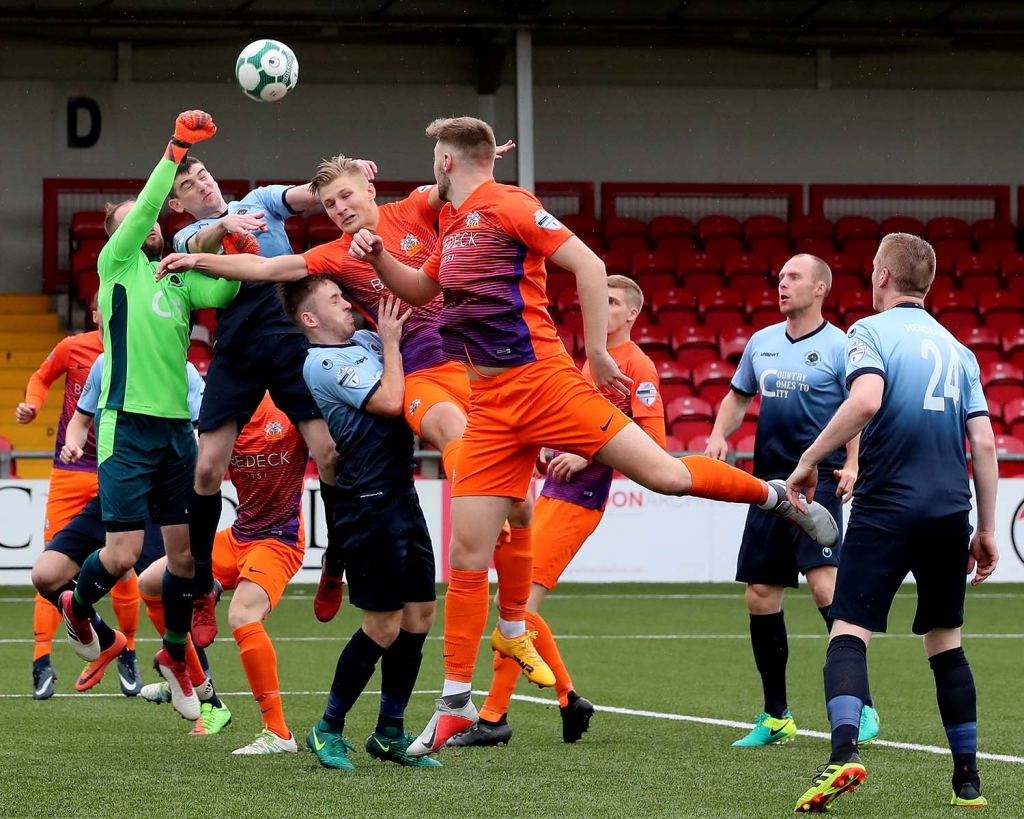 At the other end Stephen Curry pulled the ball back for Institute captain Michael McCrudden, but the Premiership’s Player of the Month for August saw his shot comfortably saved by Jonathan Tuffey.

Murray may have enjoyed a large slice of luck with his first goal, but there was nothing fortunate about his second of the afternoon. Rhys Marshall found the striker on the edge of the penalty area and he turned beautifully with his first touch before curling a stunning shot into the far corner with his left foot to score a goal which must surely be a contender for September’s Goal of the Month competition. 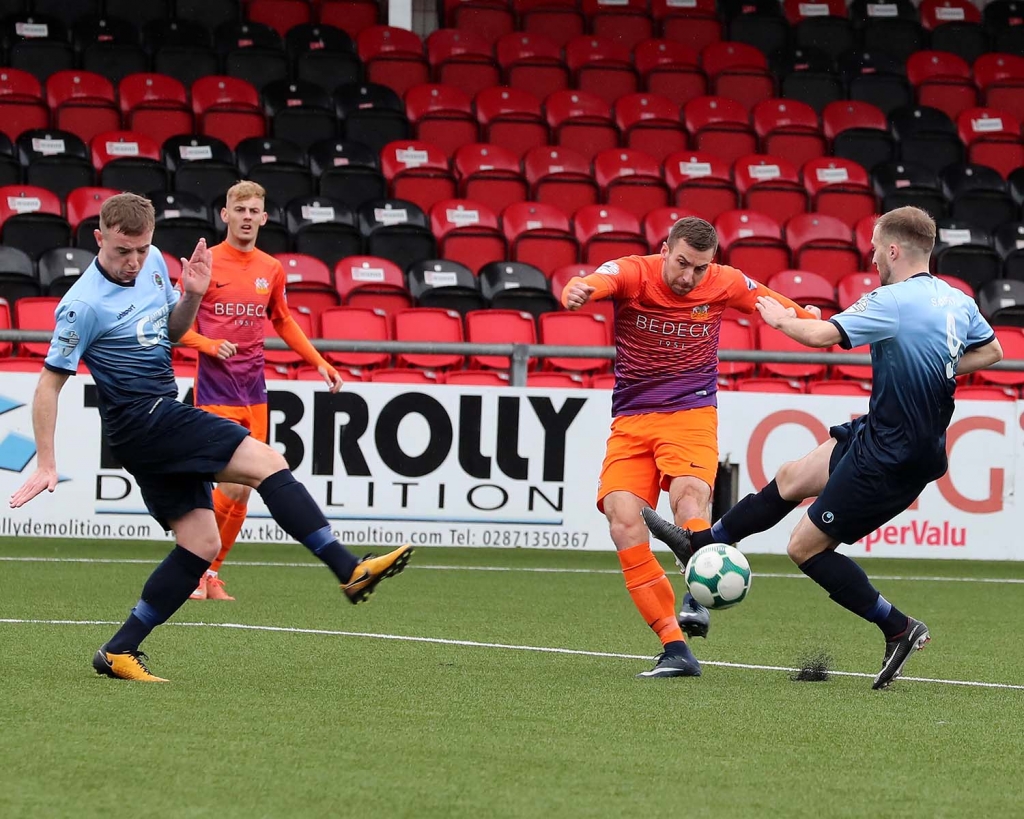 Just when it looked like Glenavon might be about to run riot the home side got themselves back into the game two minutes before the half-time whistle. McCrudden slipped in Henderson with a deft through-ball. The striker’s first shot with his right foot was saved by Tuffey but he converted the rebound with his left to reduce the home side’s arrears to two goals.

Murray might have grabbed his hat-trick in the final seconds of the opening half when Sykes and Mitchell combined well to create a shooting opportunity for the striker, but his wicked left-footed shot hit the side-netting.

Murray had an even better chance to grab his third 10 minutes into the second half when Mitchell picked him out with a cross from the left but he couldn’t direct his header on target.

It was the home team who were the better side for much of the early part of the second period as they tried to battle their way back into the game. In the 60th minute Curry blazed a shot over the bar when he should have done better. The striker then fired in a low shot with his right foot which went narrowly wide of Tuffey’s right-hand post five minutes later.

On 66 minutes Hall whipped in a dangerous cross that flew right across the six-yard box and was crying out for a touch, but none of his teammates could get on the end of it.

Murray completed the hat-trick which his performance so richly deserved in the 81st minute. Hall sent over another cross from the right flank and substitute Stephen Donnelly brilliantly dummied the ball to leave it for Murray. There didn’t appear to be much of a threat when the striker found himself with his back to goal, but he produced a brilliantly inventive back-heel shot that found the bottom corner and rounded off an excellent away victory for Glenavon. 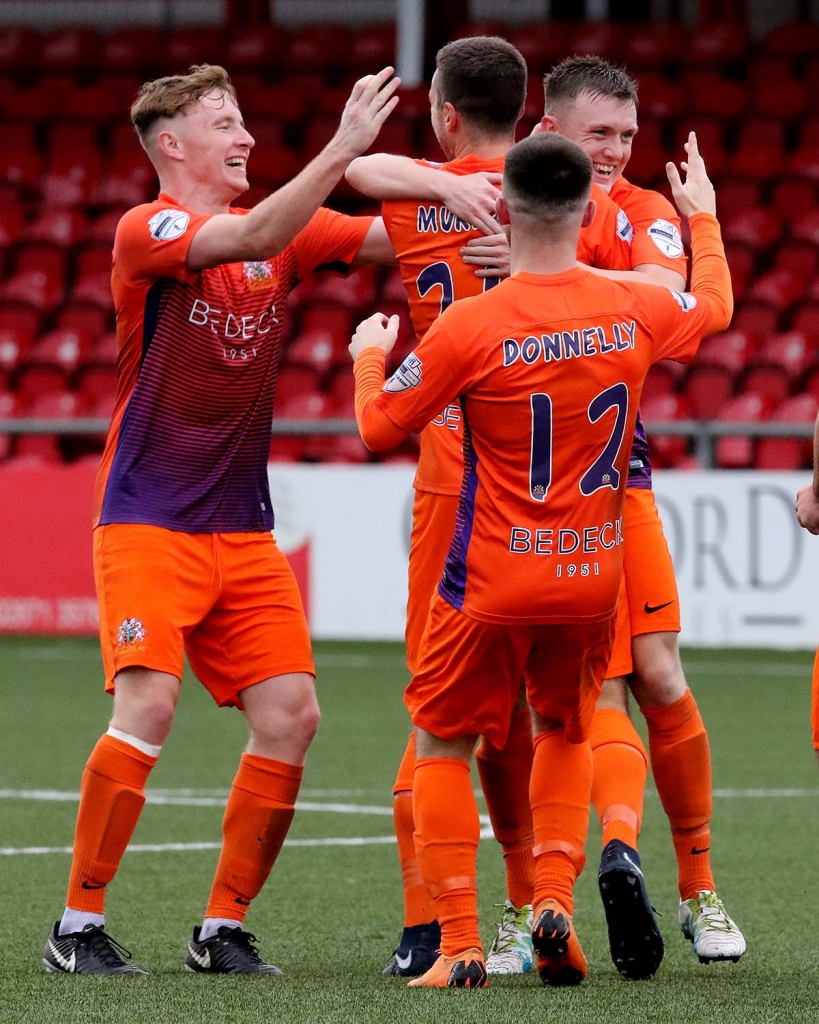 The Lurgan Blues begin their defence of the Mid-Ulster Cup on Tuesday night (September 18th) when they entertain Intermediate A side Windmill Stars (kick-off 7.45pm), before a return to Premiership action next Saturday (September 22nd) sees them welcome reigning champions Crusaders to Mourneview Park.