Having squandered several good openings, Glenavon found themselves behind at half-time thanks to a 35th minute goal from Dergview’s Matthew Callaghan. He followed up to head in from close range after a free kick from just outside the Glenavon box deflected up off the wall.

In the second half a Josh Daniels shot came off the underside of the bar before bouncing away to safety and Conor McCloskey had a shot well-saved by Alan Buchanan. 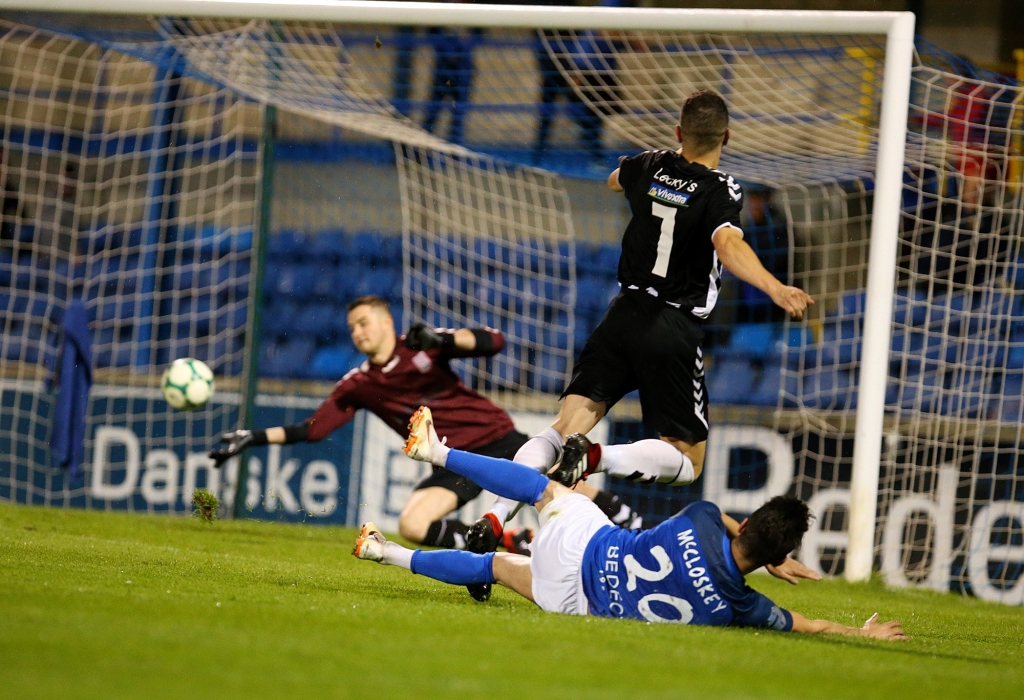 In added time Andrew Mitchell stretched to get a boot on Jordan Jenkins’ flick-on but could only steer the ball into the side netting.

In the end Glenavon could not find a way past a resolute and well-drilled Dergview side and once again find themselves out of the League Cup.