Glenavon Edge it Against Newry

Glenavon made it two away wins in the space of six days with a dogged 2 – 1 victory over newly promoted Newry City at the Showgrounds on Friday night.

The Lurgan Blues went in front on 22 minutes when Gary Muir scored from the penalty spot after former Glenavon goalkeeper Andy Coleman was adjudged to have brought down Mark Sykes.

The visitors doubled their lead in the 36th minute when striker Stephen Donnelly scored for the second game in a row, before Newry hit back through Stephen Teggart on the stroke of half-time.

The home side pushed for an equaliser in the second period, but Glenavon defended resolutely, with goalkeeper Jonathan Tuffey making some key saves, to hold on for the precious three points.

Newry were very much on the front foot in the opening minutes of the match. On 10 minutes they had penalty appeals for handball turned down, while Teggart shot straight at Tuffey five minutes later.

At the other end Sykes had a couple of efforts from distance, flashing one narrowly wide of the post and sending the other well over the bar.

Josh Daniels had an impressive game on the wings for the Lurgan Blues, and he went on a brilliant run in the 19th minute before slipping a through ball just too far in front of Andrew Hall, who had made a dart into the penalty area.

Glenavon’s spot-kick was awarded a couple of minutes later, but not without some controversy. Andrew Mitchell laid the ball off to Hall and he slipped it into the Newry box for Sykes to run onto. The midfielder tried to jink past Coleman but went down under the goalkeeper’s challenge.

The Newry players were incensed when referee Tim Marshall pointed to the spot, suggesting that Sykes had gone to ground too easily. Muir, who had been called into the starting line-up shortly before kick-off following an injury to Andrew Doyle in the warm-up, didn’t concern himself with the particulars of the decision. Instead, he stepped up and coolly stroked the ball home, sending Coleman the wrong way. 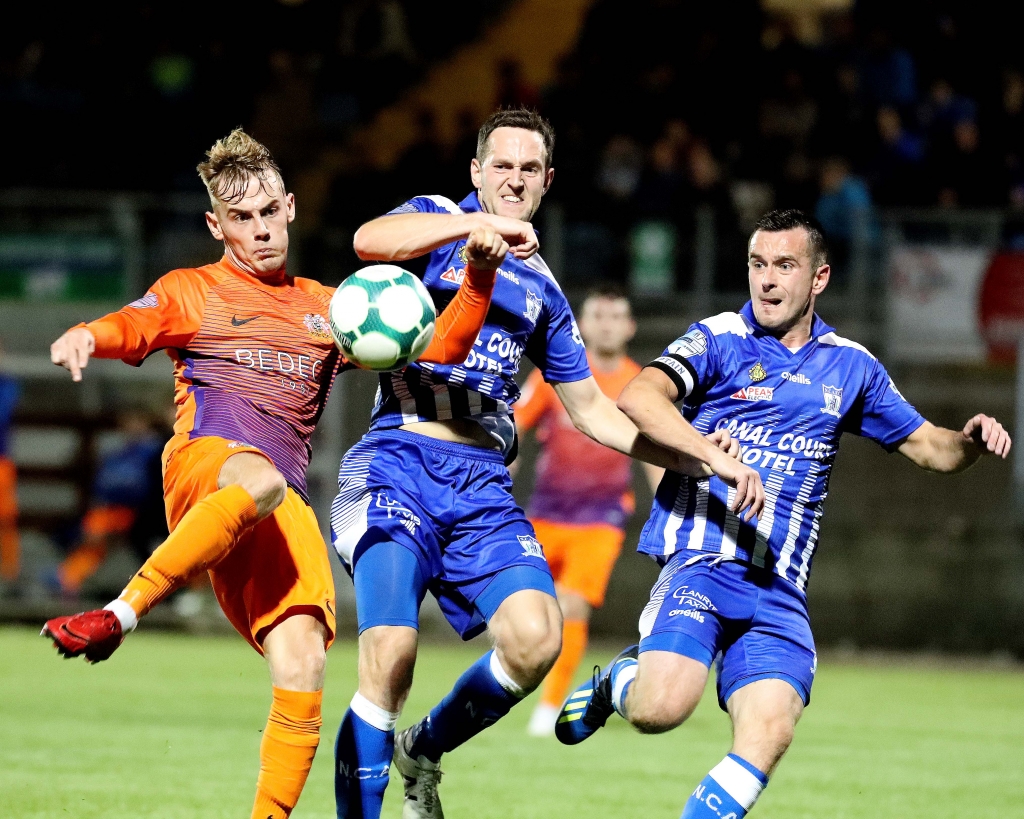 Having weathered the early Newry storm and managed to get their noses in front, Glenavon threatened to run away with the game for much of the remainder of the first period, and it was no surprise when they doubled their lead 10 minutes before the break.

The ball broke to Sykes on the halfway line and he played a clever looping ball into the space behind the Newry defence for the pacey Donnelly to run onto. The striker got there before Coleman and slipped his finish past the onrushing goalkeeper. Right-back Darren King slid in to try and clear the ball but he couldn’t prevent it from crossing the line and Donnelly got his second goal of the season.

The hosts were determined not to go down without a fight, and they got themselves back into the game when they hit back on the stroke of half-time with an impressive counter-attacking goal.

Conall Delaney led the break and he fed the ball to captain Mark Hughes. Hughes in turn played in Stephen Teggart and he made no mistake, sliding a left-foot shot past Tuffey at the near post.

Glenavon might have scored a third goal early in the second half but Coleman saved from Daniels’ shot. A minute later Darragh Noonan flashed an effort wide for the home side.

As the second period wore on the game became scrappier and this seemed to suit the hosts. Rhys Marshall did well to get back and prevent Delaney from bursting in on goal in the 64th minute. 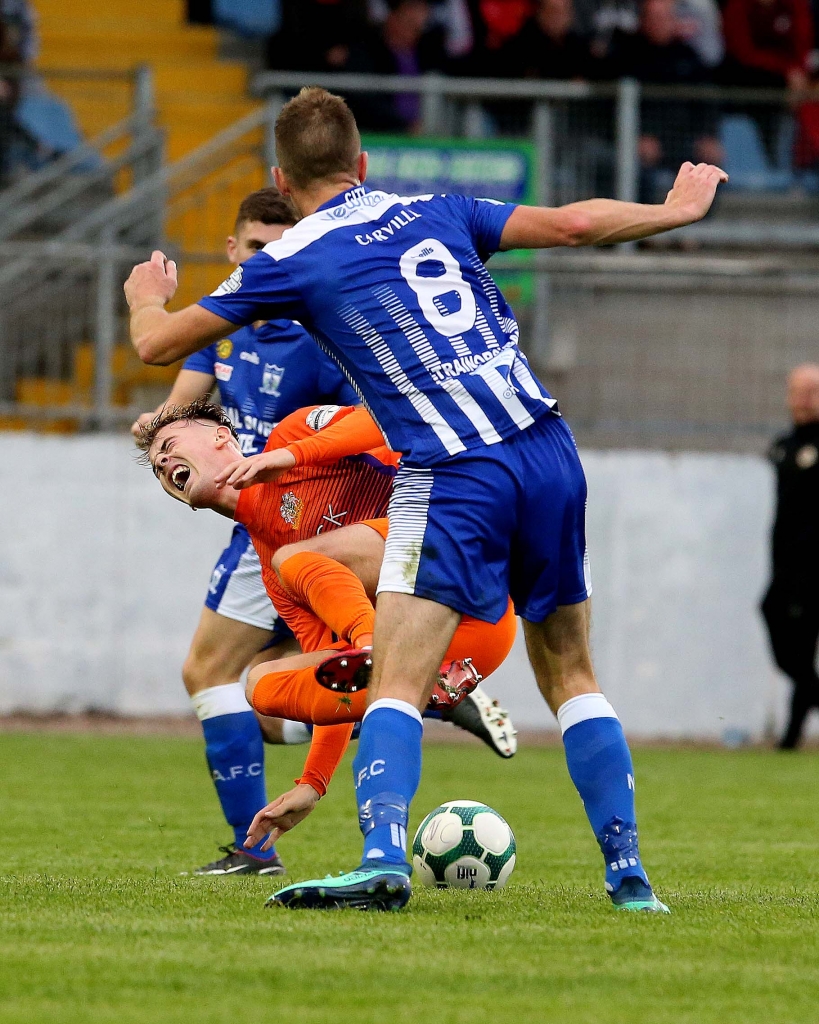 Two minutes later Marshall almost scored at the other end when he rose to meet a corner swung over by substitute Conor McCloskey, but the full-back’s header was cleared off the line by Stephen Hughes.

Declan Carville twice threatened for Newry as the game entered the closing stages but Tuffey was equal to both of his efforts, one a header, the other a low shot.

The visitors had their goalkeeper to thank again in injury time when he turned a Stephen Hughes shot away with his feet, ensuring that Glenavon secured the three points which moved them up to third place in the Danske Bank Premiership table, at least until Saturday afternoon’s games take place.