Glenavon’s goalless draw at home to Coleraine on Saturday was enough to secure the Lurgan Blues third place and potential automatic qualification for European football next season, as the Bannsiders were denied the Gibson Cup following Crusaders’ victory at Ballymena United.

Linfield-bound Joel Cooper played brilliantly on the left wing in what could be his final game for Glenavon, and he was the first player to test either goalkeeper when he stepped inside Coleraine right-back Adam Mullan in the third minute and fired a shot in with his right foot which was straight at Chris Johns. 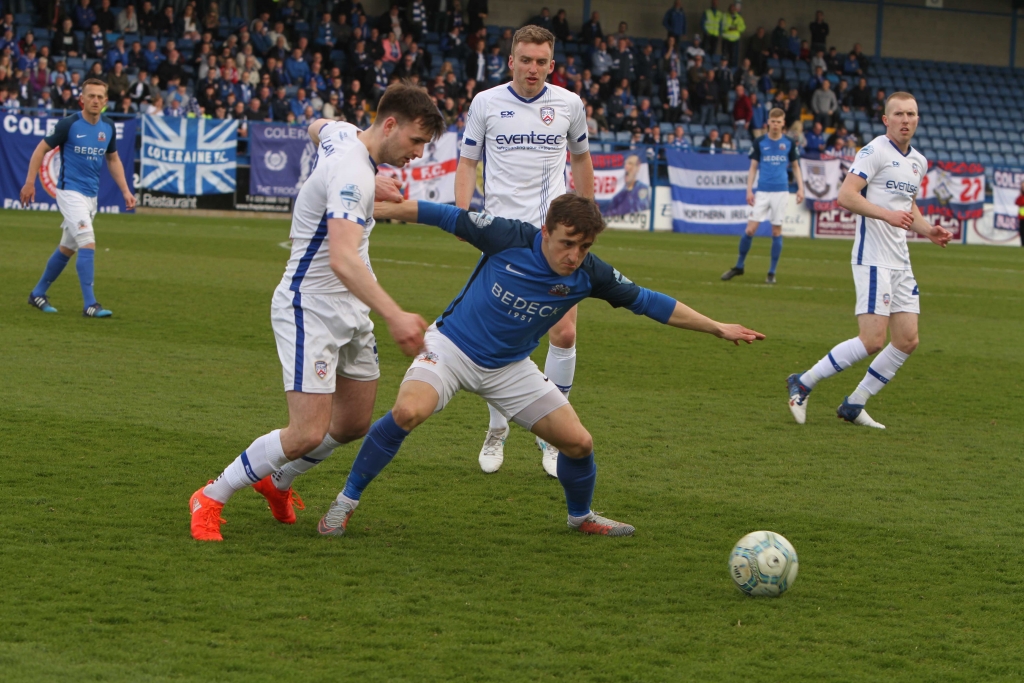 It was the visitors who came closest to breaking the deadlock on 31 minutes through Darren McCauley. Ian Parkhill delivered a free-kick into the Glenavon penalty area which Andrew Hall headed clear. The ball fell to McCauley 25 yards from goal and he beat Singleton with a step-over before hitting a powerful shot with his right foot with struck the top of the crossbar.

In the 39th minute Glenavon had a good opportunity to score when Bobby Burns set up Cooper. Rhys Marshall played a long ball up to the edge of the Coleraine box and Burns cleverly flicked it with his head over Mullan and into the path of Cooper. The winger couldn’t hit the target with his half-volley. 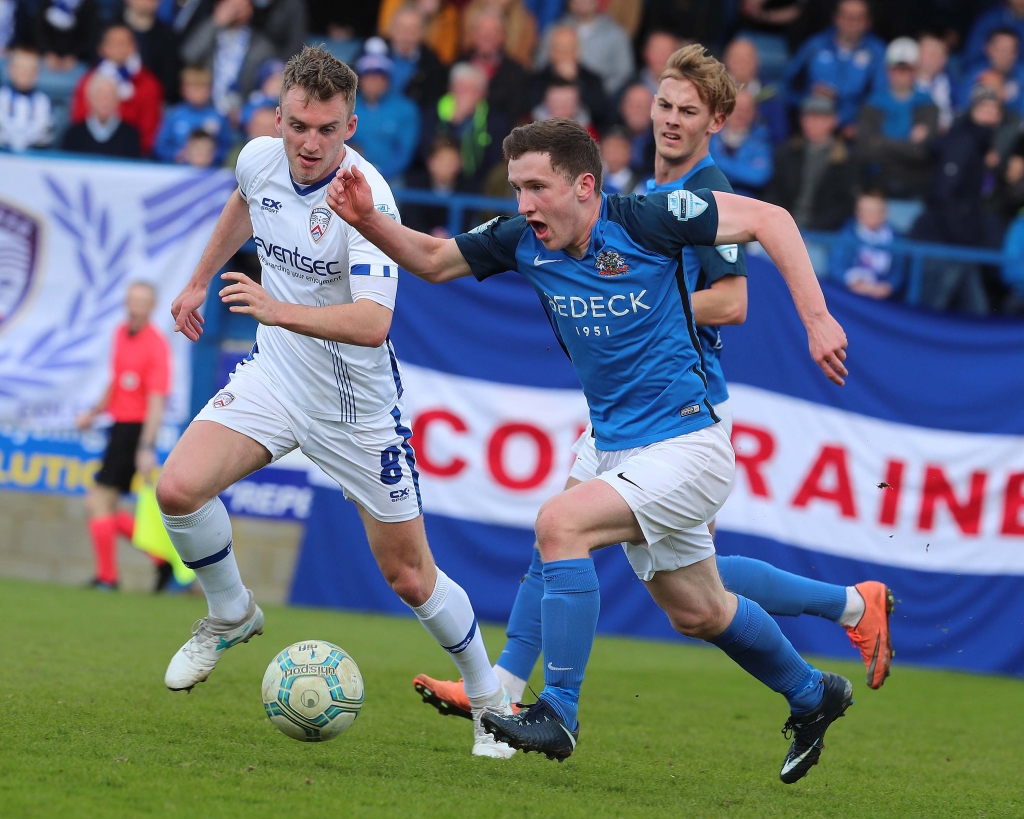 Jonathan Tuffey was called into action five minutes from the end of the first half to deny Parkhill. McCauley jinked past Hall on the left wing and sent over a cross which picked out Parkhill. With his back to goal, the winger turned Singleton on the edge of the D and struck a shot which was destined for the far corner until Tuffey dived to his right and somehow got his fingertips to the ball to make an outstanding save.

Glenavon started the second half on the front foot and two minutes in Sykes surged down the right flank with one of his trademark dribbles, carrying the ball all the way from his own half into the Coleraine penalty area. Johns couldn’t hold Sykes’s low shot, but just when it looked like Andrew Mitchell was going to tap in to put the hosts in front, Coleraine captain Stephen O’Donnell made a brilliant last-ditch tackle to deny the Lurgan Blues leading scorer.

Coleraine’s supporters celebrated wildly on the hour mark when news filtered through that Ballymena had taken the lead against Crusaders, meaning that the Bannsiders were on course to be crowned champions at that stage. Any fears that news of Ballymena’s goal would give the Coleraine players a lift on the pitch didn’t really come to bear, and Glenavon looked just as likely to go on and win the game. 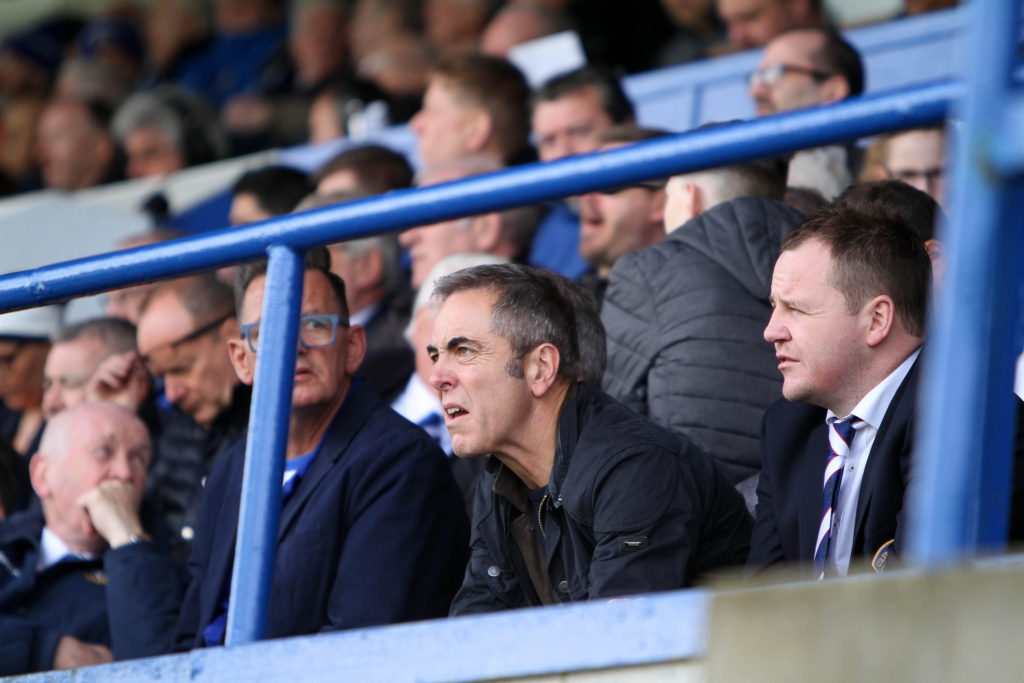 On 71 minutes Cooper and Singleton combined well on the left to fashion a shooting opportunity for Sykes, but the midfielder’s shot was straight at Johns and the keeper saved it comfortably.

Substitute Jamie McGonigle fired a shot over the bar when McCauley picked him out from a corner. That was shortly after word of a Crusaders equaliser came through which subdued the large travelling support.

When news arrived of Crusaders’ second goal at the Showgrounds the Bannsiders knew that their title challenge was all but up. There was one last scoring chance on 90 minutes when McGonigle ran on to Stephen Dooley’s header and sent a low shot in towards the far corner, but Tuffey was equal to it, diving down to his right to push the ball round the post.

Coleraine’s players were deflated when the final whistle was blown, but there was a nervous wait for Glenavon as they awaited confirmation of the result at Windsor Park, where injury time was being played between Linfield and Cliftonville. 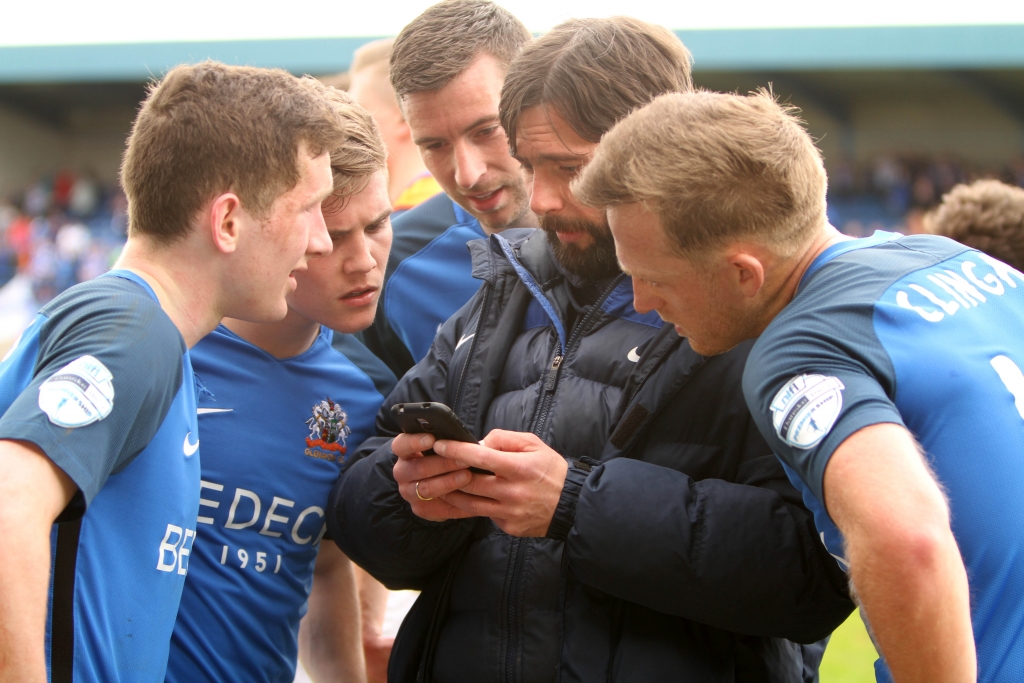 Fans and players alike were delighted when it was confirmed that Cliftonville had beaten Linfield 2 – 1, meaning that Glenavon had secured third spot.

All eyes now turn to next weekend’s Irish Cup final between Coleraine and Cliftonville, where a victory for the Bannsiders would ensure that Glenavon qualify for an all-important European spot automatically. A Cliftonville win, however, would mean the Lurgan Blues would have to negotiate the Europa League play-offs.