The Victoria Glenavon Supporters Club handed out their end of season awards after Saturday’s game with Ballymena.

A cheque for £10,000 was also donated to Glenavon treasurer Frazer Follis by the club treasurer, Kenny McCleary.

Chairman Adrian Teer and manager Gary Hamilton thanked the members of the Victoria for their support and encouraged everyone to get behind the players for Saturday’s vital game against Coleraine. 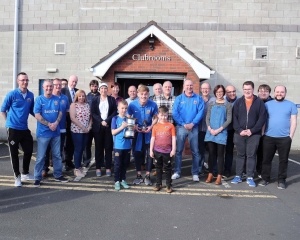 Mark Sykes (centre), the Victoria GSC Player of the Year, with members of the club after being presented with his prize. Pic: Maynard Collins 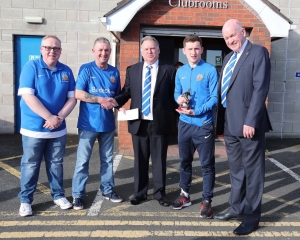 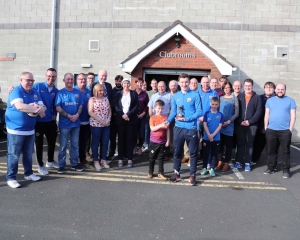 Bobby Burns with members of the Victoria GSC after they presented him with the Young Player of the Year award for the 2017/18 season. Pic: Maynard Collins