Glenavon’s poor run of form continued on Saturday as they could only manage a 0 – 0 draw at home to bottom club Ballinamallard United.

The visitors were awarded a free-kick in a dangerous position in the second minute, but Jason McCartney’s effort hit the wall. 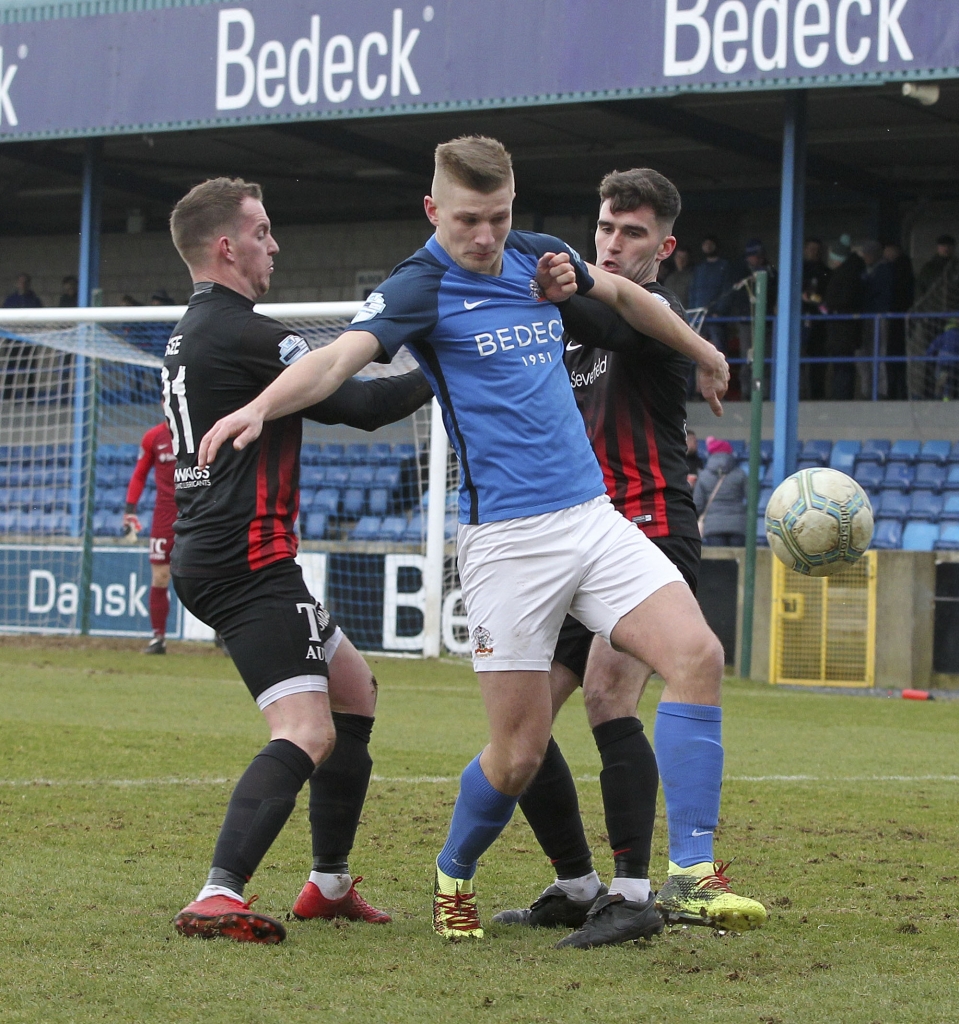 Marc Griffin was rewarded with a place in Glenavon’s starting line-up following his late equaliser against Glentoran last weekend, and the striker had a good opportunity to score on six minutes when he was teed up by Andrew Mitchell. Eric Foley played the ball in to Griffin’s feet, and he in turn passed it out wide to Joel Cooper. Cooper delivered a cross from the left which picked out Mitchell, who then laid the ball off for Griffin to strike, but his left-foot shot was sliced wide.

Five minutes later Mallards captain James McKenna had a go from outside the area, but Andrew Doyle threw himself at the ball and blocked the shot.

A quarter of an hour in, Shane McGinty was picked out on the edge of the box, but his shot was tame and Jonathan Tuffey comfortably saved. 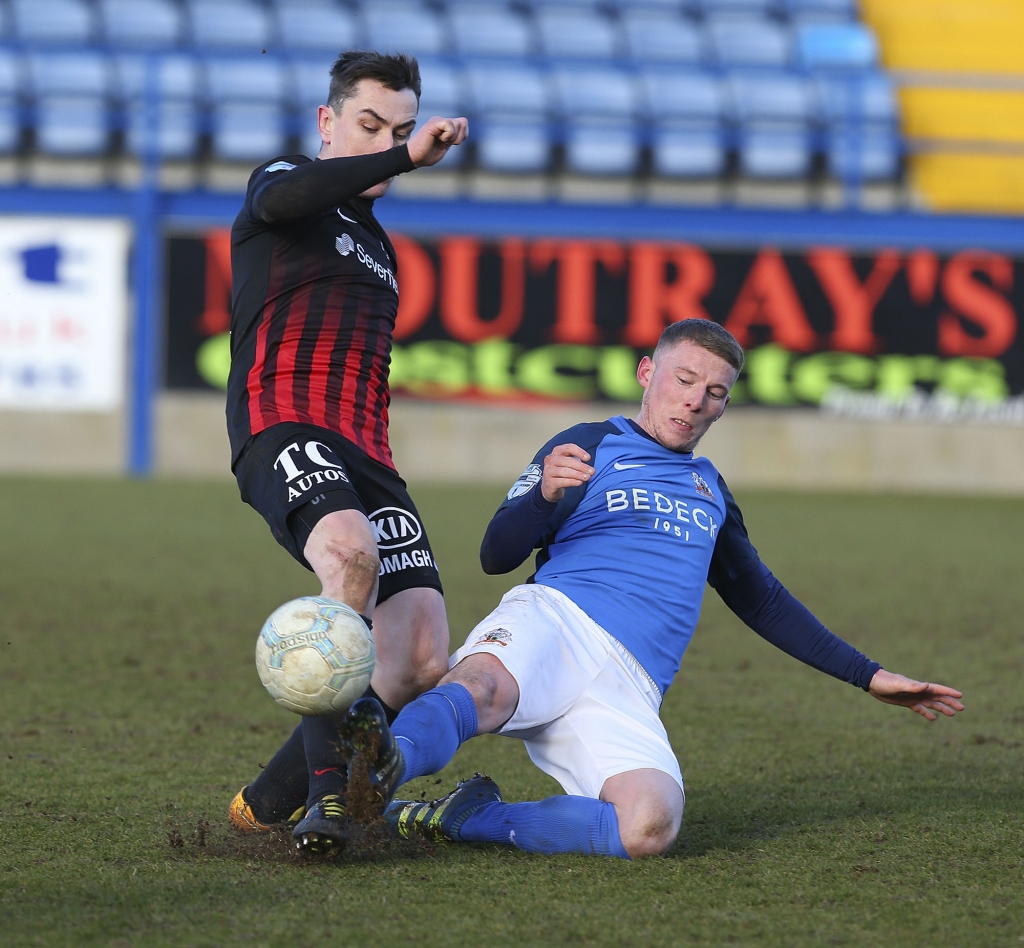 Griffin might have opened the scoring on 18 minutes. Mitchell played a ball over the Mallards defence for his strike partner to run on to. Griffin looped a shot over Richard Brush, but the ball dropped harmlessly wide of the far post.

Ten minutes later Griffin had another shot on goal. He met Foley’s corner on the volley, but his flicked effort lacked power and Brush made a routine save to ensure that the game remained scoreless at half-time.

Three minutes in to the second period Griffin picked Mitchell out with a cross, but the ball came to him at an awkward height and he couldn’t direct his header goalwards. 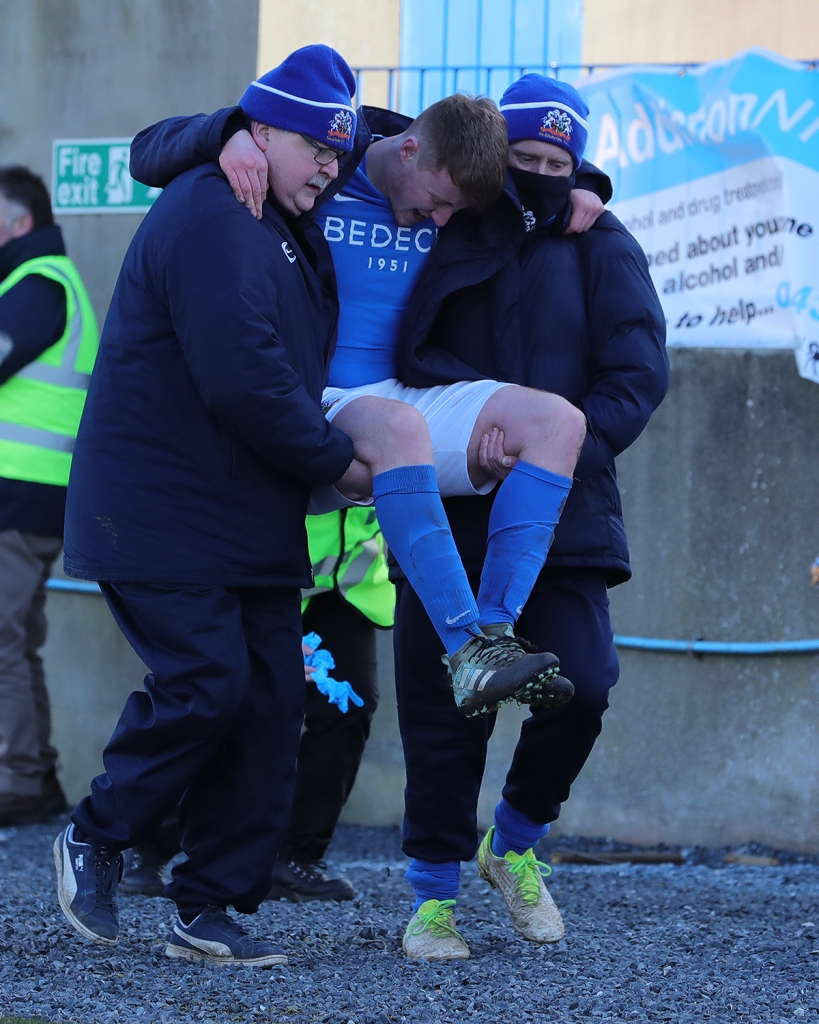 Caolan Marron was forced off before the hour mark with a what looked like a serious ankle injury. MC

On 65 minutes Foley threatened with a free-kick from 20 yards. His shot took a slight deflection, and Brush had to make a save with his legs to divert the ball over the bar.

Five minutes after that Ballinamallard almost took the lead from a corner. Tuffey made a save from a header, then Stuart Hutchinson followed up, only to see his goal-bound effort blocked by substitute Bobby Burns.

Glenavon came closest to scoring in the 75th minute. Cooper’s mazy dribble fashioned a shooting chance for himself. His shot was deflected, but it fell kindly for Griffin. The striker’s header came agonisingly close, hitting the base of Brush’s left-hand post. 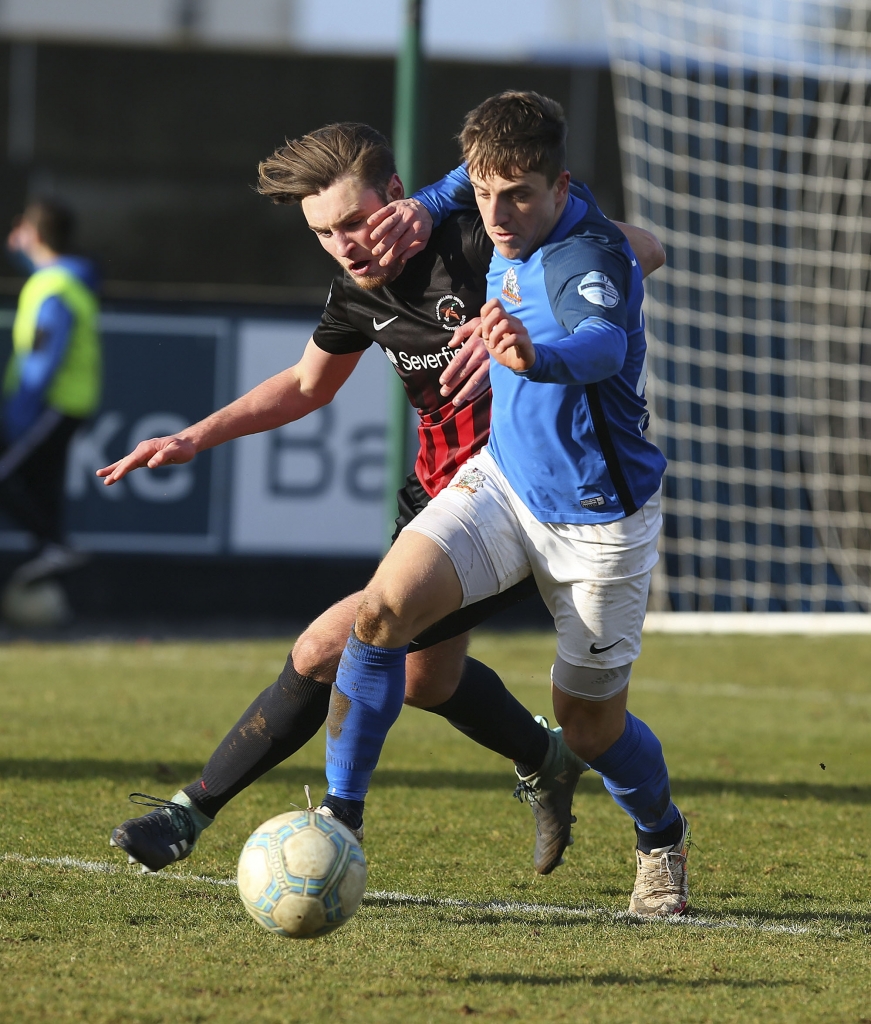 The Mallards were forced to play the last few minutes of the game with 10 players when Michael Kerr had to be stretchered off and they had already made their three substitutes, but Glenavon couldn’t break the deadlock. In the final action of the game substitute Sammy Clingan sent a corner in from the left which somehow managed to evade everyone, and the game finished scoreless. 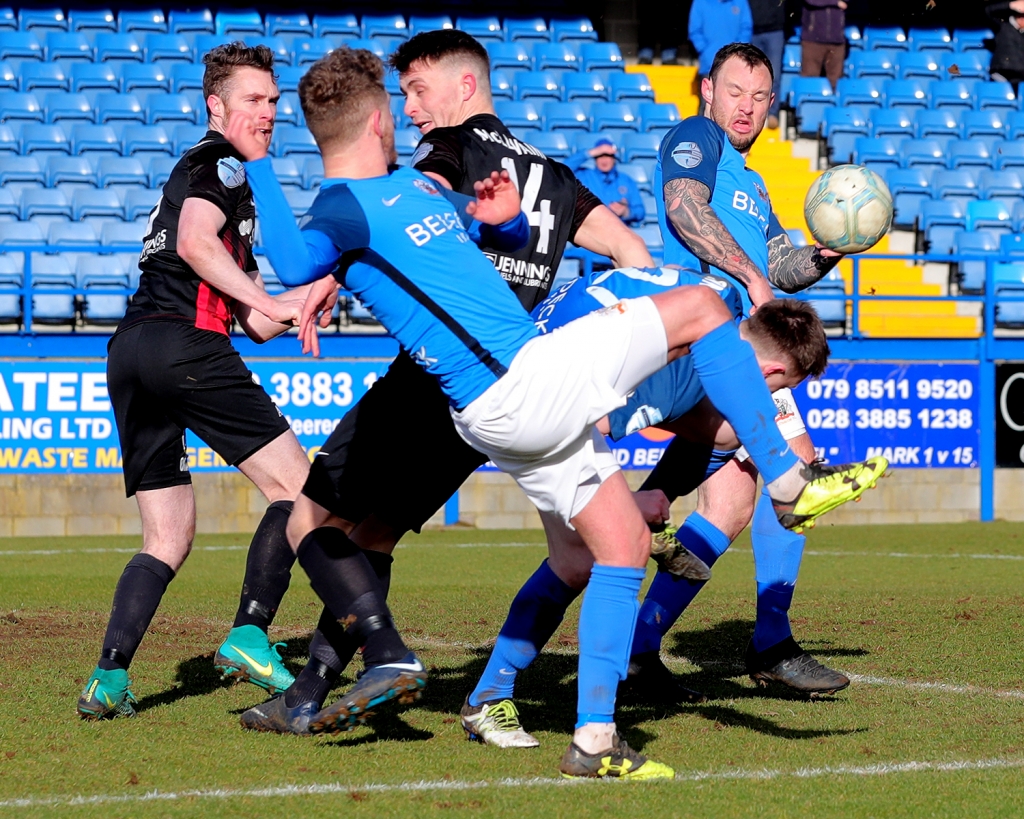 Marc Griffin tries his luck from a set play. MC

Glenavon will be aiming to get back to winning ways on Friday night (March 23rd) when they travel to Stangmore Park to take on Dungannon Swifts (kick-off 7.45pm).