Glenavon FC can now confirm that Joel Cooper has signed a pre-contract agreement to join Linfield FC when his current contract with our club expires in May of this year. The player informed the manager of his decision on Sunday afternoon.

Glenavon FC can also confirm that earlier this month the player had been offered a new improved three and a half year contract to continue his career with our club at least until May 2021. 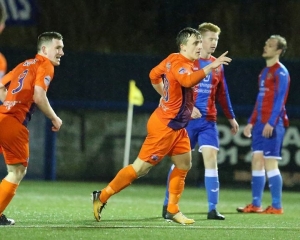