James Singleton returns from suspension and Marc Griffin drops to the bench.

A thoroughly professional performance by Glenavon to secure the three points and move to within two points of Coleraine who lost for the first time this season, going down 2-1 to Linfield at Windsor Park.

The Mallard’s stubborn resistance was finally broken in the 41st minute when Bobby Burns’ pass released Josh Daniels on the left. He ghosted past right back Ryan McConnell into the box and played a low cross to the near post that Mark Sykes touched in from close range for his 5th league goal of the season. 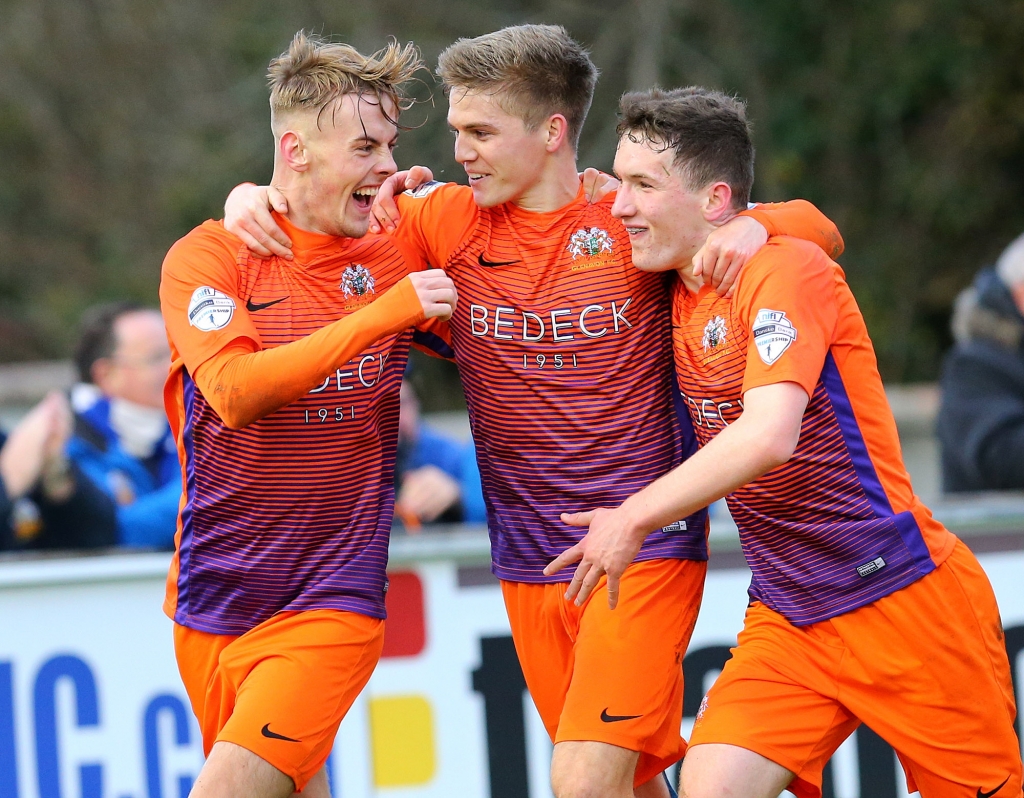 Richard Brush had frustrated the Lurgan Blues with a series of superb saves to deny, among others, Andrew Mitchell, on at least three occasions, and Andy Hall and Rhys Marshall. 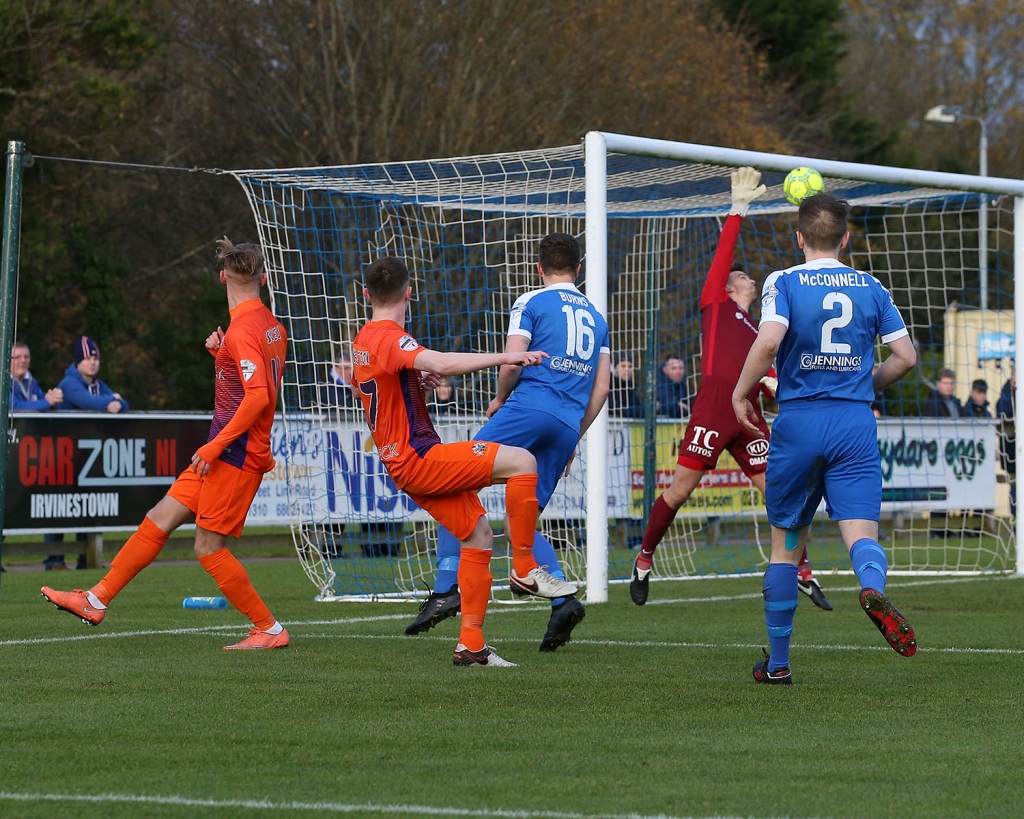 A rare error from Brush led to an early second half goal after his poor punch from a corner by Burns only went as far as James Singleton, lurking by the penalty spot. The Glenavon left back smashed the ball in off the underside of the bar to double the visitors’ lead. 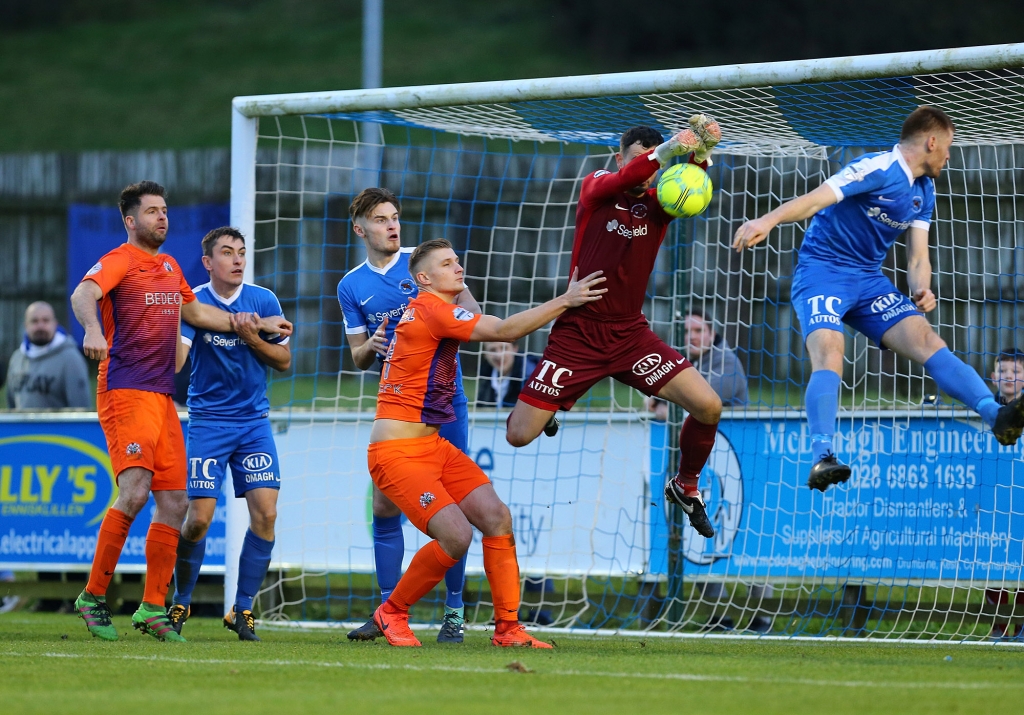 Substitute Marc Griffin wrapped up the points in the 86th minute when he slipped the ball under Brush from inside the box after he had been released by a neat ball from Hall.