As good as Glenavon’s performance was at Seaview on Saturday, this was the complete opposite. Gone was the slick pass and move football that saw off Crusaders, too many long, aimless passes and the Ards keeper was never really tested. Ards were worth their win, a Michael Ruddy penalty setting them on their way in the 26th minute.

The lead was doubled five minutes later when Jonny Frazer nipped in behind the defense and slotted past James Taylor.

Gary Hamilton replaced both wide players at half time and initially Mark Patton and Andy Hall made an impact but again Glenavon was unable to create any clear-cut chances to test Sam Johnston in the Ards goal.

Frazer made the game safe 18 minutes from time when he pounced on a ball that dropped out of the sky and got his head to it before Taylor, nodding it into the empty net.

Substitute Guillaume Keke made it 4-0 on the stroke of full time to complete a miserable night for Glenavon at the Bangor Fuels Arena.

10: A Michael Ruddy corner is headed back by Ben Arthurs from beyond the far post. In a goal mouth scramble the ball is cleared off the line and Glenavon break quickly and Griffin is denied by the right hand of Sam Johnston on the edge of the box. 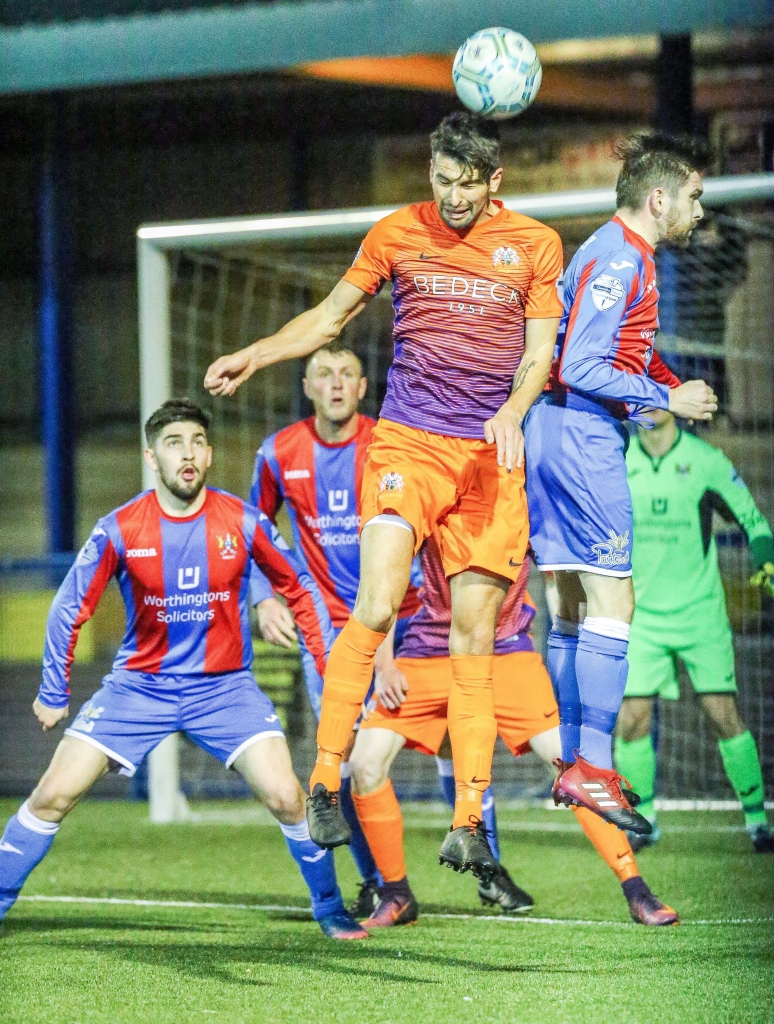 13: Glenavon put together a quick and slick move down the right but it breaks down on the edge of the Ards box.

26: 1-0 Michael Ruddy puts Ards ahead from the spot after Caolan Marron was adjudged to have brought down Jonah Mitchell.

31: 2-0 a flick on catches the Glenavon defence square and releases Jonny Frazer to race clear and he makes no mistake, slotting under James Taylor to double the home side’s lead.

45: A James Singleton throw into the Ards box breaks to Rhys Marshall but he can’t find the target as his shot flashes across the goal and that was the last kick of the first half.

72: 3-0 Frazer heads into the empty net for his second of the night after a high ball into the box isn’t dealt with by the Glenavon defence.

90: 4-0 an Ards corner on the left is only cleared out to the right and its crossed back in where Keke smashes in the 4th from six yards.