Glenavon Cruise to Victory at Seaview

Glenavon produced arguably their best performance of the season so far to defeat Crusaders 3-2 at Seaview on Saturday and move up to second place in the Danske Bank Premiership table. 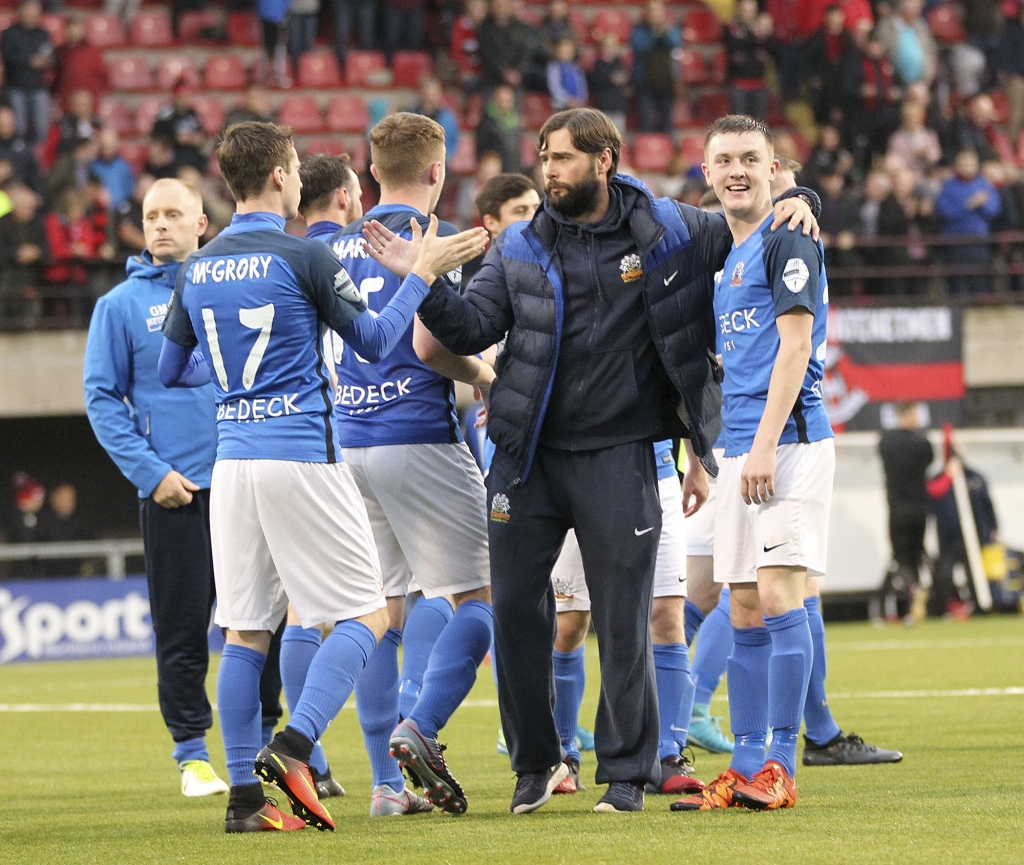 Mark Sykes opened the scoring for Glenavon early on, before Paul Heatley’s excellent strike brought the Crues level. However, further goals from strike partners Marc Griffin and Andrew Mitchell saw the Lurgan Blues race into a 3-1 lead inside the opening half an hour.

Substitute David Cushley struck in injury time to make the final score 3-2, but that score line was not a fair reflection of Glenavon’s superiority at a ground where they have struggled to pick up victories in recent seasons.

Having starred for Northern Ireland Under-21s in their 4-2 victory over Estonia at Mourneview Park on Wednesday night, Sykes’s excellent run of form continued at Seaview. There were just three minutes on the clock when the midfielder opened the scoring.

Rhys Marshall drove in from the right, evading the challenges of Michael Carvill and Declan Caddell, then, just as he was upended by Colin Coates on the edge of the penalty area, he managed to slip the ball through to Sykes. Referee Evan Boyce played the advantage and Sykes stroked the ball past Crues goalkeeper Brian Jensen to make it 1-0. 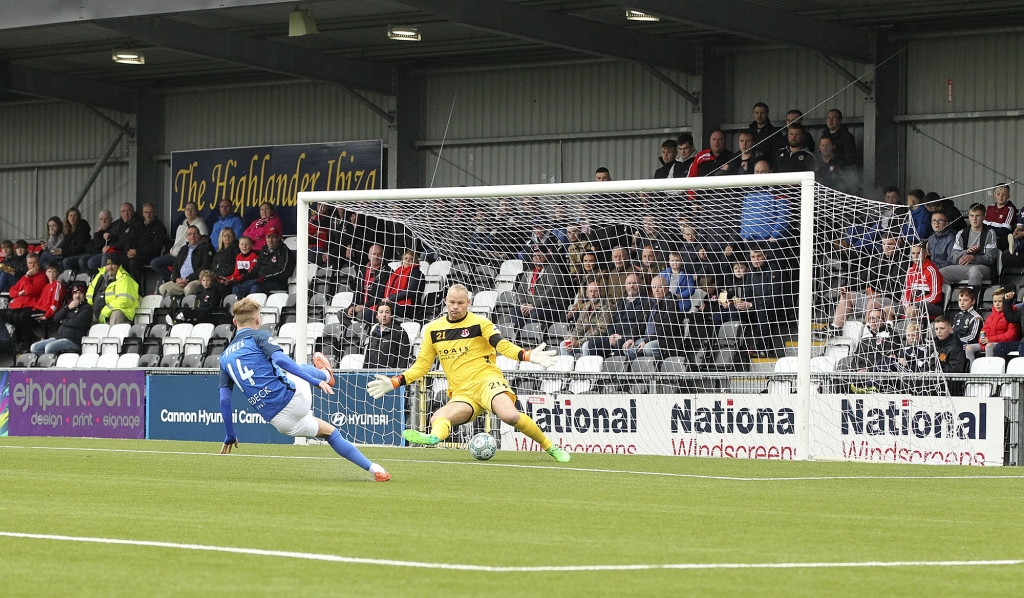 Crusaders equalised in the 11th minute through Heatley. He ghosted past Bobby Burns before firing a left-foot shot past Tuffey and into the top corner from 25 yards for his seventh league goal of the season.

The sides weren’t to be level for long, though. Just two minutes later Glenavon were back in front. The excellent Marshall was involved again, driving forward and slipping the ball wide for Andrew Hall. Hall’s low cross was flicked on by Mitchell and Griffin tapped in from close range. 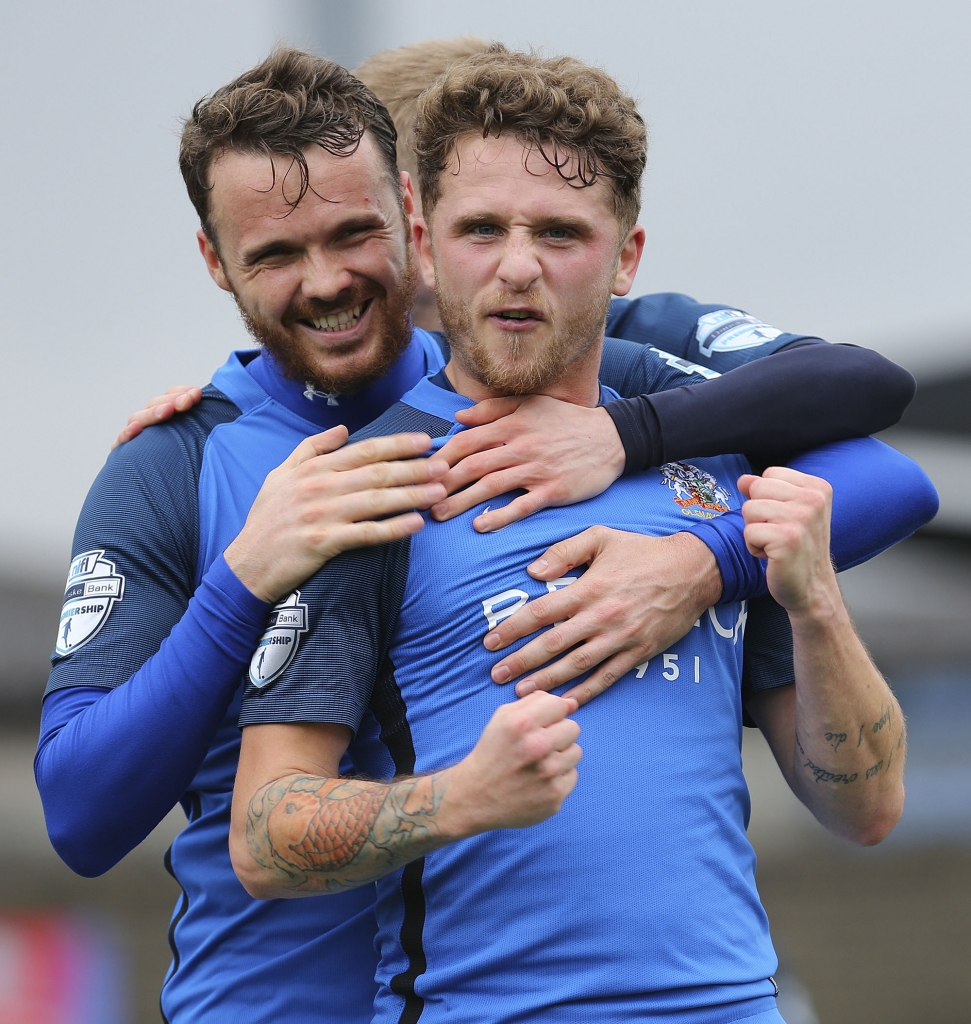 Heatley threatened twice in the space of five minutes, first latching on to a Jordan Owens flick and volleying over the top, then beating Andrew Doyle and hitting a well-struck shot which Tuffey did well to save and then smother, but it was Glenavon who struck again to extend their lead. 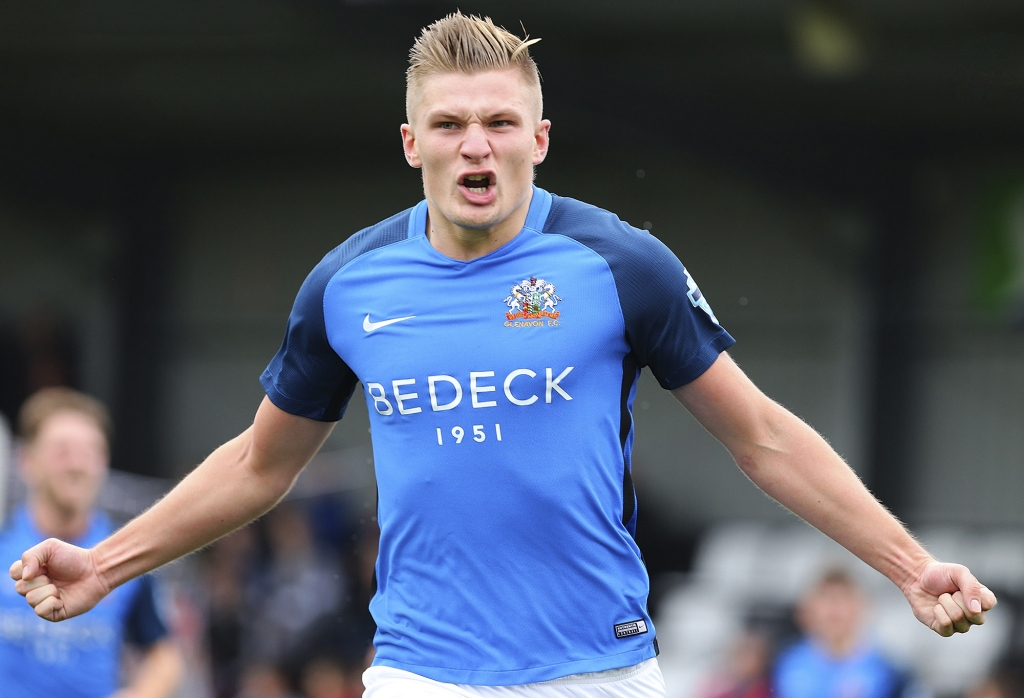 Sykes pounced on a misplaced pass by Crues captain Coates, brilliantly dribbled past Billy Joe Burns and Sean Ward, then fed the ball to Griffin. He squared it for Mitchell, who converted from six yards to grab his eighth Premiership goal of the campaign.

The intensity of the game dropped as the first half wore on, but it was inevitable that the hosts would come out strong in the second half and try to claw their way back into the game. Burns produced a deep cross of real quality to find Owens in the 52 minute, but the Crues’ record goalscorer somehow headed wide when he looked certain to score.
A minute later Owens flicked on a ball from Jordan Forsythe and sent Heatley in on goal, but Tuffey stood tall to keep out the winger’s effort.

Sykes showcased his skills again on 55 minutes, combining with Mitchell, then flicking the ball over Ward’s head on the edge of the box and hitting a volley which forced Jensen into making a smart save low to his right.

Glenavon almost got a fourth goal in the 78th minute when Hall’s free-kick somehow evaded everyone and struck the outside of the post, but it was the Crues who struck again before the final whistle. Cushley picked the ball up from an Owens knock-down and arrowed a low left-foot shot into the bottom corner from 25 yards out. 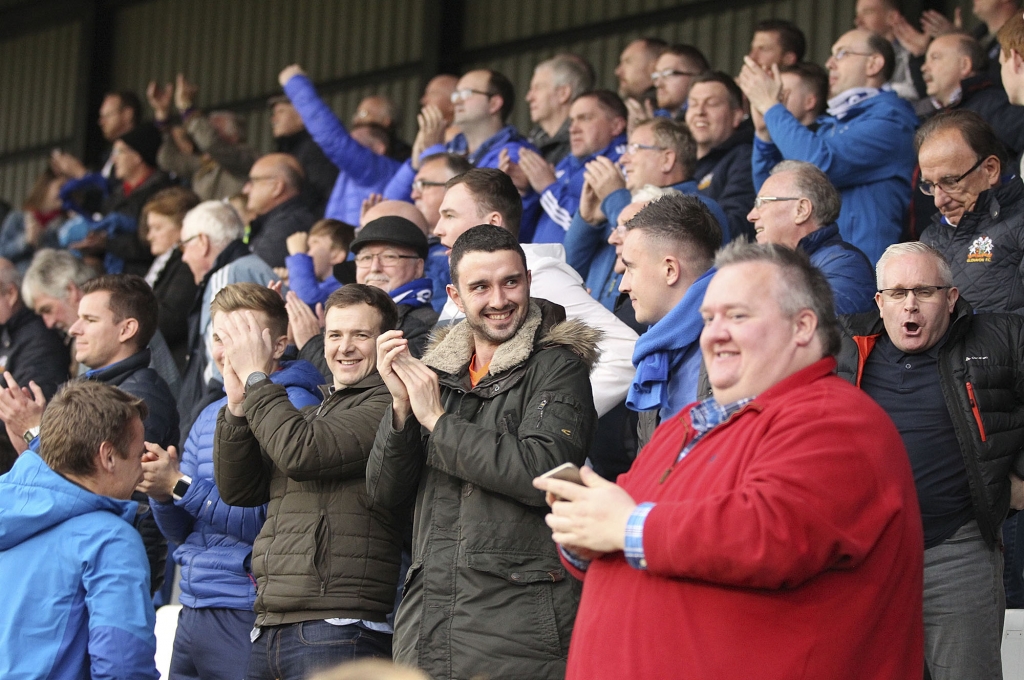 It was a case of too little, too late for the home side, however, as Glenavon held on to win 3-2 and pick up the three points their performance richly deserved. The victory saw the Lurgan Blues leapfrog not just Crusaders but also champions Linfield, who lost 2-1 away to Coleraine in controversial circumstances, and move up to second place, five points behind the Bannsiders.

Glenavon travel to the Bangor Fuels Arena on Tuesday night (October 17th) to take on Ards in the third round of the Bet McLean League Cup (kick-off 7.45 pm), before returning to league action on Saturday (October 21st) when they will host Ballymena United at Mourneview Park.