Mark Sykes scored a first half hat-trick to help Glenavon book their place in the third round of the Bet McLean League Cup with a 5-1 victory over Premier Intermediate side Donegal Celtic at Mourneview Park on Tuesday night (August 29th).

However, the Lurgan Blues had to come from behind after DC striker Declan Monaghan gave the visitors a surprise early lead.

Sykes set up the equaliser for 17-year-old winger Jack O’Mahony before striking three times himself before half time to put the game beyond Celtic. Bobby Burns continued his excellent start to the season by adding a fifth goal late in the second half.

Gary Hamilton fielded a strong starting 11, but it was Donegal Celtic who started the match the brighter and they opened the scoring on seven minutes. Emmitt Templeton pounced on a mis-hit clearance from Glenavon goalkeeper James Taylor, slipping the ball to Monaghan, and the striker made no mistake with his finish.

Glenavon weren’t to be behind for long, however. Just six minutes later O’Mahony stooped at the back post to nod in Sykes’s cross. Then on 24 minutes Sykes put the home side in front with an excellent low drive into the corner from outside the box. 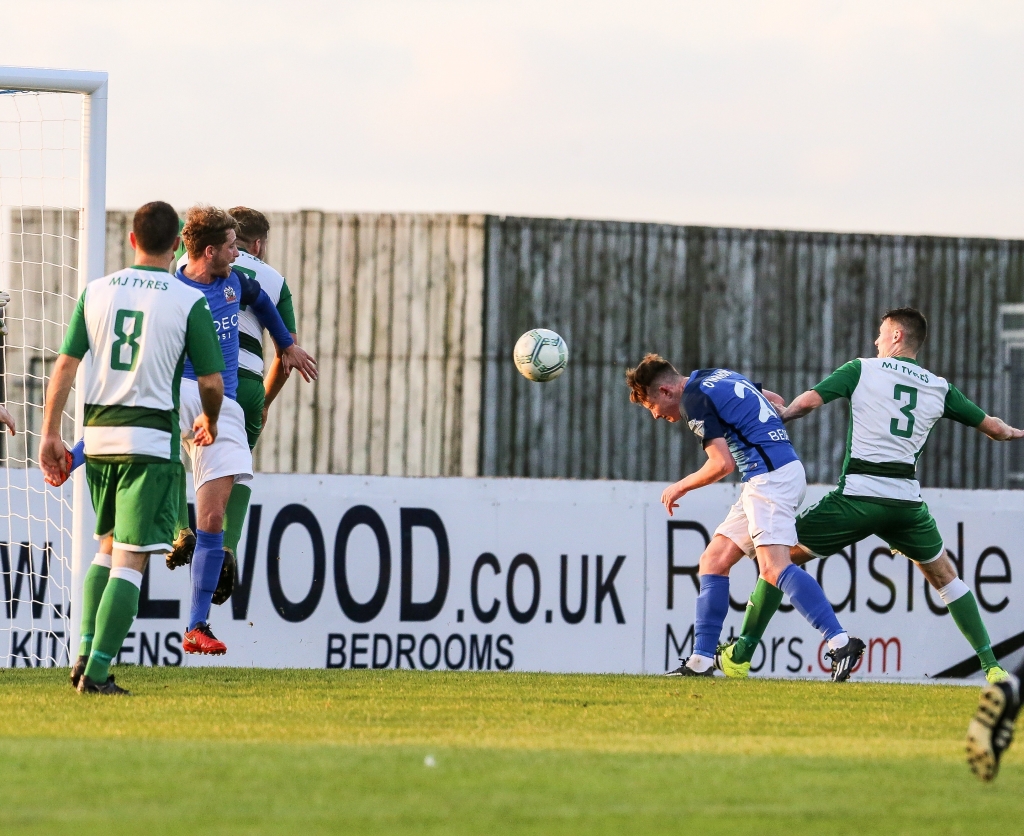 The lively Josh Daniels was unlucky not to get on the scoresheet just a minute later, turning the ball onto the post following an O’Mahony cross.

Sykes grabbed his second on 26 minutes, showing composure to finish after his initial shot had been blocked, and the midfielder completed his hat-trick in first half injury time. Andrew Mitchell’s touch let him down when he was played in by Sykes, forcing him away from goal, but Sykes continued his run and Mitchell had the presence of mind to pick him out with a cross and he headed in Glenavon’s fourth goal.

The DC players will have been relieved to see Sykes substituted at half time, and Glenavon seemed to lack a bit of bite when the game resumed in the second period without him.

That being said, second-half substitute Jordan Jenkins was unfortunate not to score on 72 minutes, with DC keeper Sean McIlhone having to dive down to his right to make a smart save to deny the young striker.

Fellow subs Rhys Marshall and Stephen McCavitt both saw efforts cleared off the line before Burns added the fifth on 88 minutes. Centre-half Andrew Doyle came very close to capping an excellent performance with a stunning goal. His powerful effort from the edge of the penalty area came back off the woodwork and Burns was on hand to turn the ball into the net for his third goal of the season, making the final score Glenavon 5 – 1 Donegal Celtic. 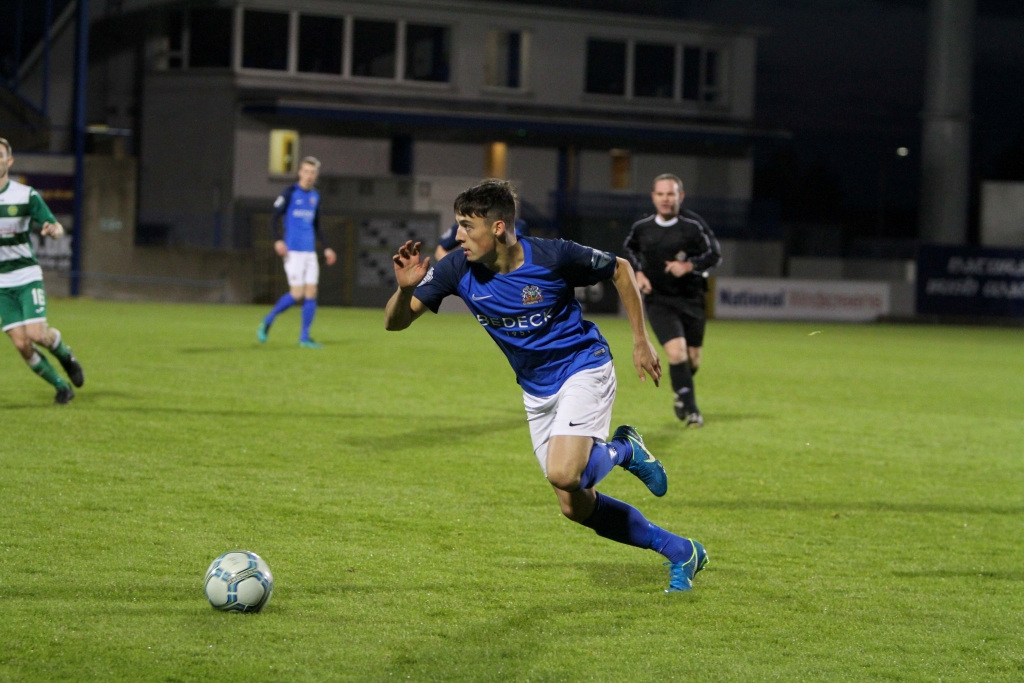 Stephen McCaviit made his debut as a substitute. Photo by Brian Bain