Gary Hamilton will be hoping his players continue their 100% start to the season when his former team Glentoran come to Mourneview Park on Friday night, kick-off 7:45pm.

The Glens won their first two games, 2-1 away to Ballinamallard on the opening day and 2-0 at home to Dungannon Swifts in last week’s Tuesday night game. They were held to a 1-1 draw at The Oval by Carrick Rangers last Saturday.

“We’re delighted with our start and we can’t really ask for any more from the boys, three games, three wins and we’ve scored plenty of goals. If we can keep things tight at the back and keep scoring the way we are we’ll do well,” Glenavon coach Kris Lindsay said. 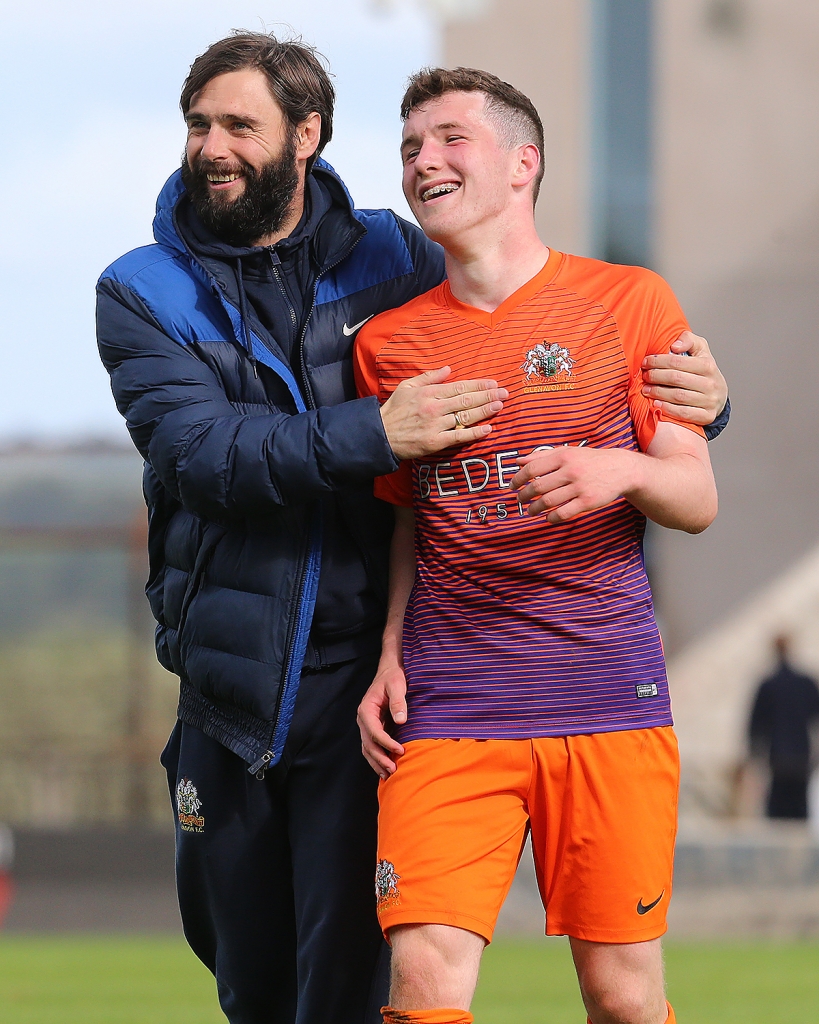 Bobby Burns has scored two goals to help Gary Hamilton’s Glenavon get off to a great start. Photo by Maynard Collins.

Looking forward to the Glens game Kris said “They’re the same, they’ve had a really good start. Gary (Haveron) seems to have done similar to what we’ve done here, signing energetic young players with bundles of energy and talent and they seem to be playing with high tempo and they’ve got Curtis Allen up front who will always score goals. We’ll have to keep it tight defensively and hopefully our attacking players will cause their back four problems,” the coach concluded.

Our match sponsor is Lockton, 2 Clarence Street West, Belfast, the Ball Sponsor is Bluebell Cottage, Unit 2, Rawdon Court Moira and the Man of the Match Sponsor is Gravekeeping, based in Portadown, which offers grave cleaning and maintenance throughout most of Northern Ireland.