After Rhys Marshall quickly cancelled out Ryan Curran’s penalty in a first half that Glenavon dominated, the Lurgan Blues took control with three quick fire goals early in the second half. 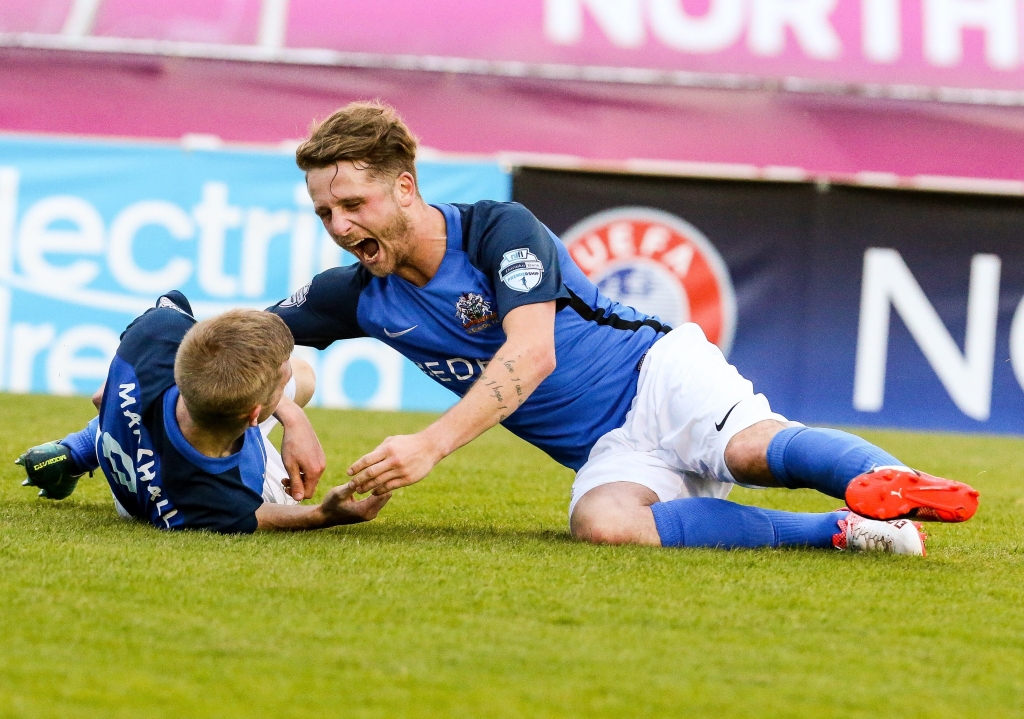 Adam Foley scored a hat-trick and Andrew Mitchell bagged a superb double to re-open his account. Curran had scored his second to make it 5-2 before Mitchell added the final touch to a superb Glenavon performance. 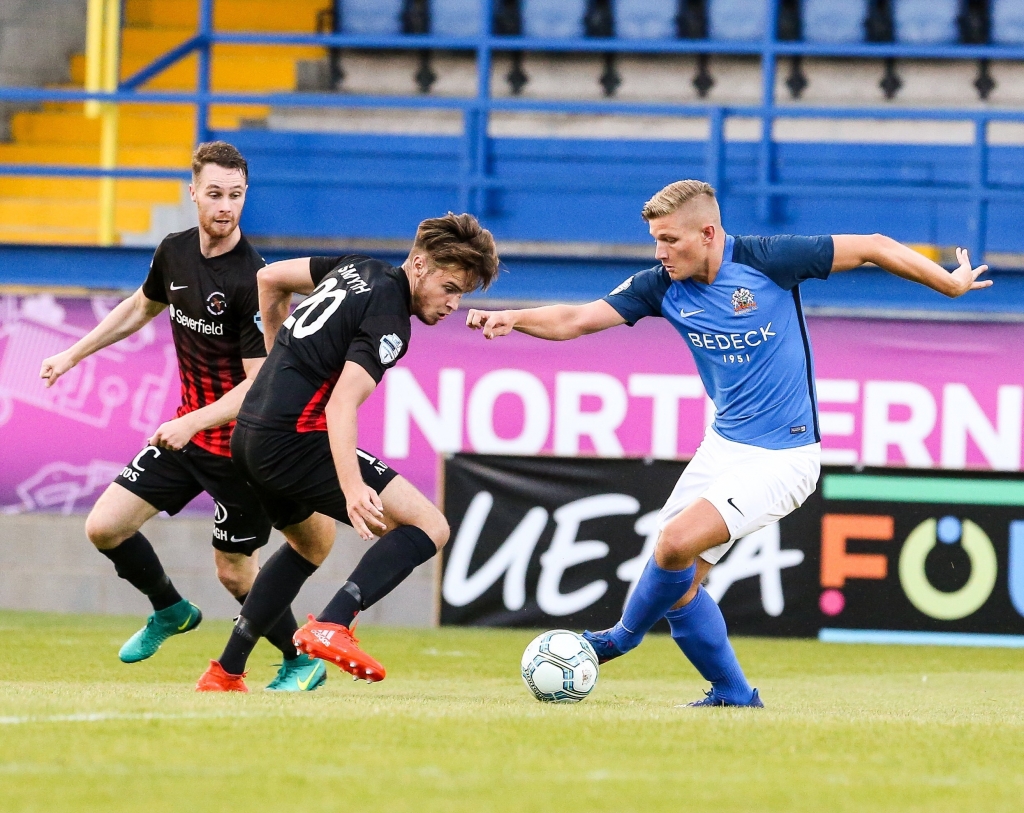 Andrew Mitchell takes on his man. Photo by Maynard Collins.

We’ll have a full report tomorrow.