Glenavon quickly raced into a two goal lead inside the opening 22 minutes through a Jordan Dane own goal and a Marc Griffin strike. Gary Hamilton’s men thoroughly deserved their lead but Darren Murray rose to nod in a minute before the break to give the home side hope for the second half.

The opening goal game after 11 minutes with the impressive Sammy Clingan finding Andy Hall on the right and the Glenavon ‘king of assists’ sent over a perfect cross that was headed into his own net by the unfortunate Dane.

Griffin’s goal came after Rhys Marshall’s effort from a corner by Bobby Burns was blocked and Griffin latched on to the debut man swivelled and fired an unstoppable shot into the top corner from inside the box.

Point manager Matthew Tipton made two changes at half time and switched to a 4-4-2 formation but it was an uncharacteristic error by Glenavon keeper Jonny Tuffey whose poor kick out gifted possession to the hosts and Simon Kelly was adjudged to have brought down Stephen Murray in the box, though it looked like the defender had got a boot to the ball to knock it out for a corner. Darren Murray scored from the spot to double his and his team’s tally and draw the scores level at 2-2 after 74 minutes.

Parity only lasted four minutes with Bobby Burns slamming the winner into the roof of Blayney’s net from 12 yards after Andrew Mitchell had flicked on James Singleton’s throw in. 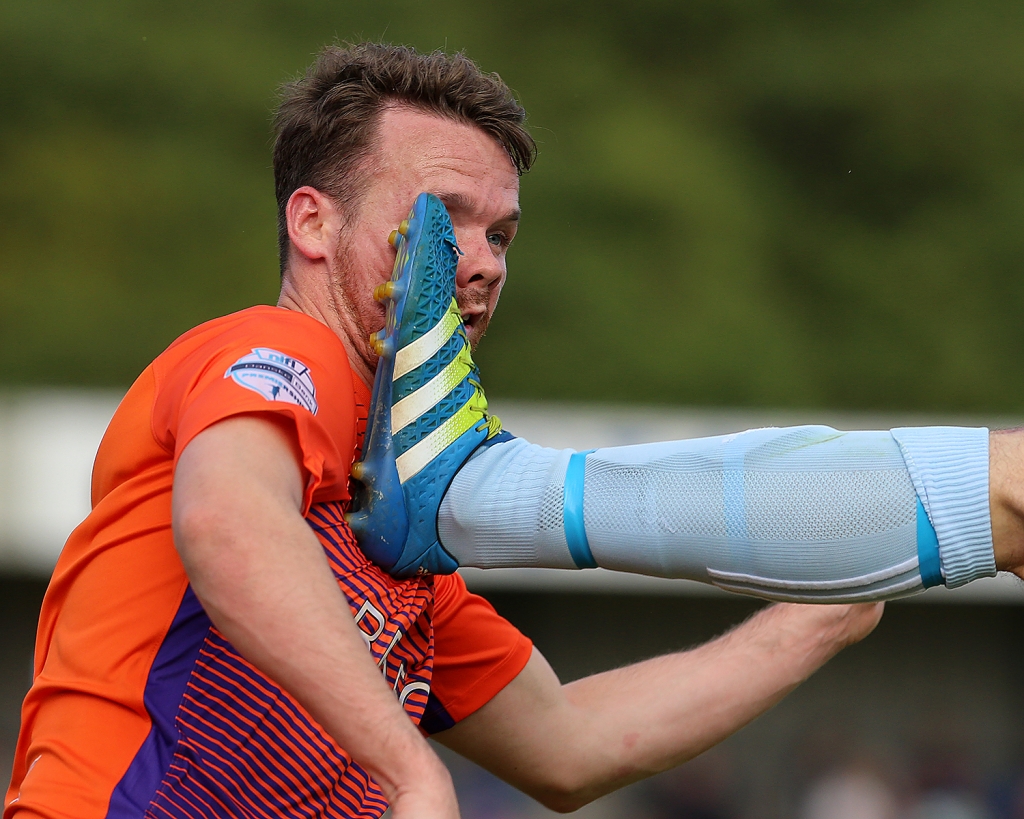