In Glenavon’s last warmup game before the Danske Bank Premiership season kicks off in earnest next Saturday, Comrades went in front through a header by Jason Johnston but the Lurgan Blues quickly replied with Conal Young who slotted in from the rebound after Paddy Flood pushed out a shot from Andy McGrory.

Andrew Mitchell blasted in a second for Glenavon when he ran onto a clever dink over the top by Bobby Burns to make it 2-1 to the visitors at half time. 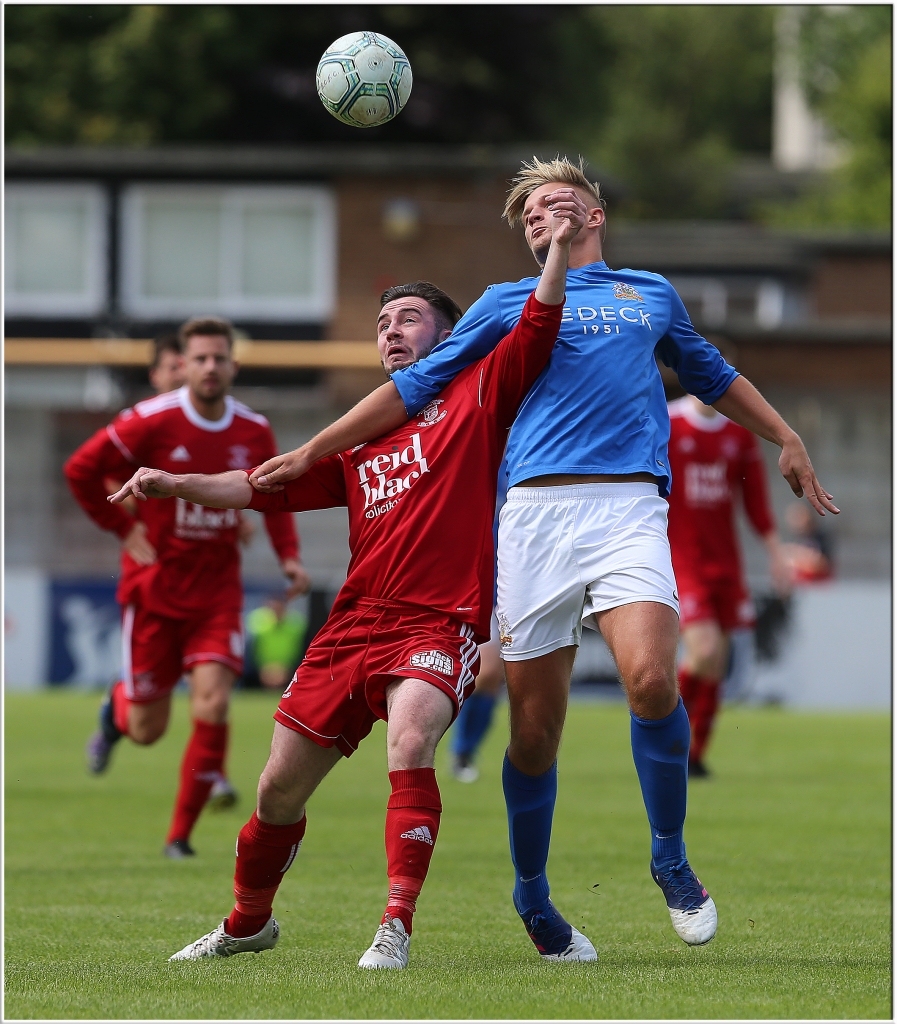 Andrew Mitchell challenges for the ball. Photo by Maynard Collins.

Young was unlucky not to double his tally early in the second half when it looked like his header was going over the line until Adam Foley tapped it in only to be ruled out for offside!

Young did get the second goal his play today deserved when he cut in from the right wing and headed past Flood to make it 3-1 to Glenavon.

Mr Trialist fired in a superb fourth for Glenavon with a great strike from the edge of the box after Gary Hamilton’s cross was only half cleared by the Comrades defence. 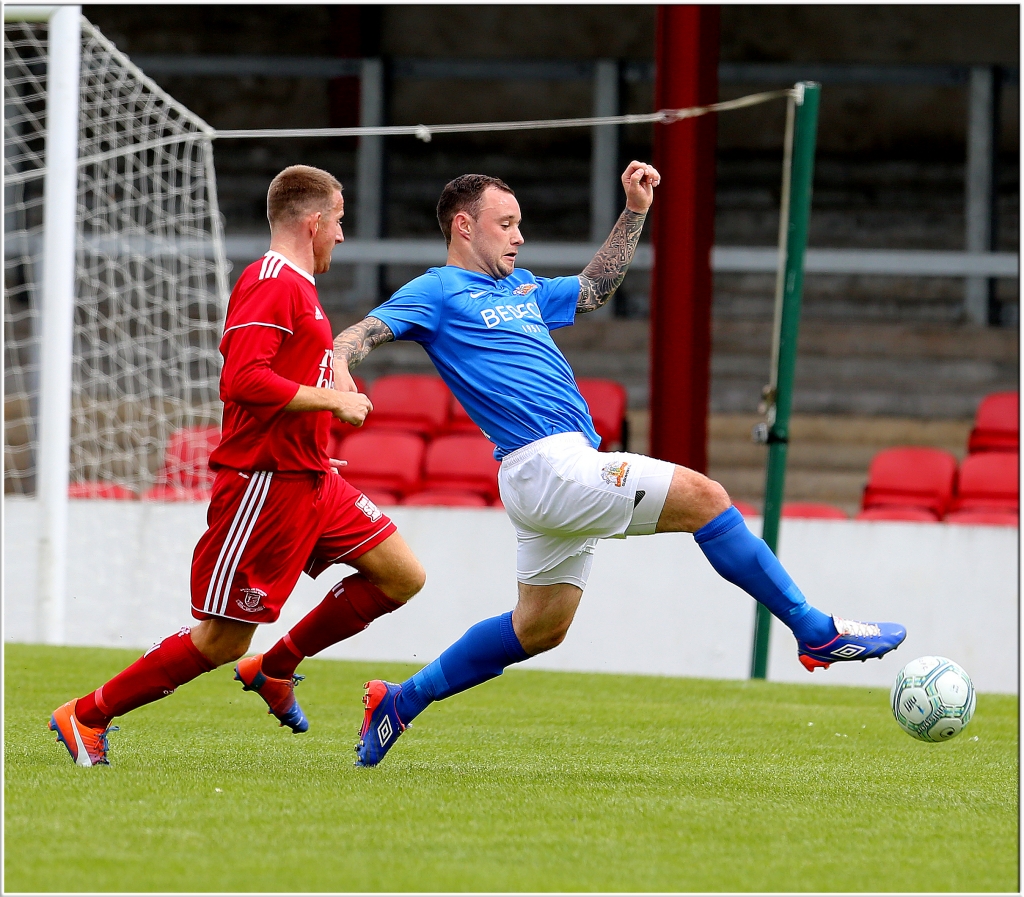 Andrew Doyle in action for Glenavon. Photo by Maynard Collins.