Glenavon was hit by a goal in the very first minute of Saturday’s friendly at Crystal Park Banbridge. Gourley beat Jonny Tuffey with a well-executed strike and it took the Lurgan Blues a while to get going. Eventually Simon Kelly stroked home the equaliser after the home keeper Cullen dropped a high ball.

The start of the second half was almost a repeat of the first and the hosts really should have re-taken the lead in the first minute, only for the Town striker to blast over from 12 yards.

Less than a minute later Glenavon took the lead, one of our trialists forcing the ball over the line after Rhys Marshall had played Adam Foley’s corner back into the danger area.

Foley himself made it three when he rounded the keeper after getting on the end of an accurate free kick from Tuffey. 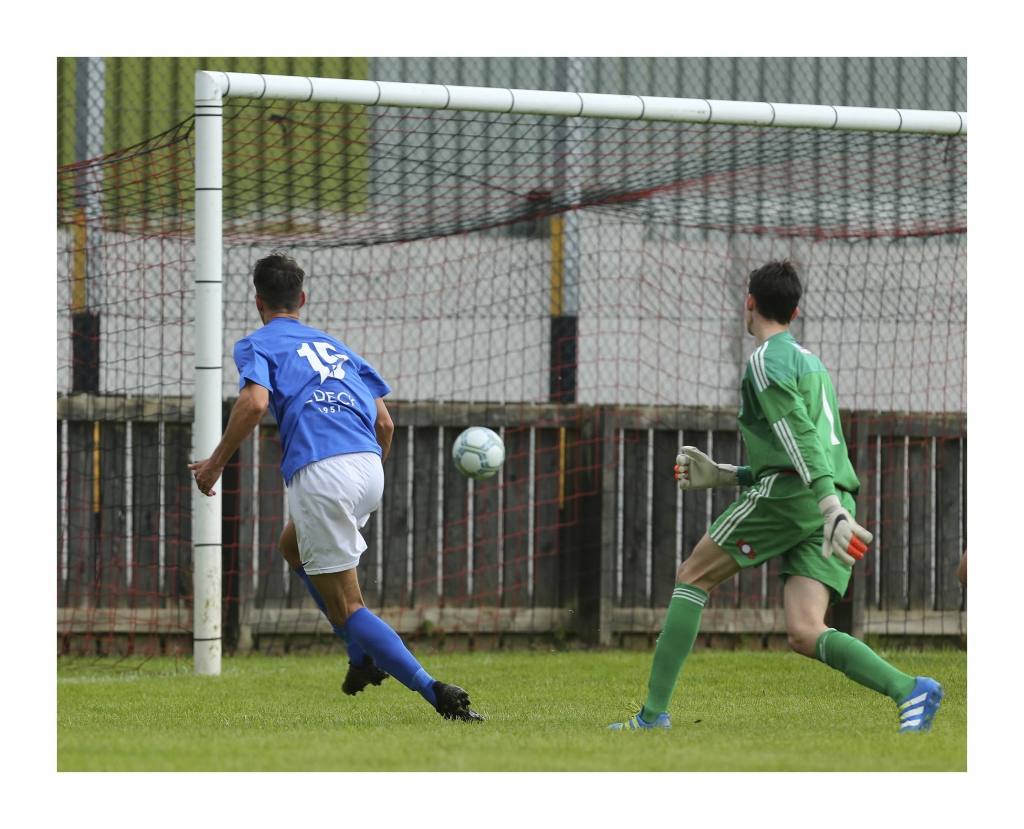 Adam Foley makes it 3-1 to Glenavon. Photo by Alan Weir