Eoin Bradley discovered he had a Spanish fan club when four lads who flew in from Barcelona to watch him in action against Carrick Rangers on Friday night. The guys are supporters of the ‘other’ La Liga side from Barcelona, Espanyol, and they were delighted to have photos taken with their hero and to be presented with a signed Glenavon shirt by the Spirit of 2014 GSC in the Bedeck Suite after the game.

Lurgan Mail Sports Editor Gary Ellis also spoke to Eoin after the game to get his reaction to the visit of his Spanish fans and the 2-0 victory against Carrick. Click here for the video interview. 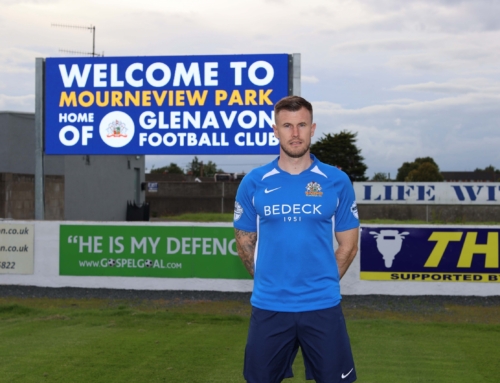 Michael O’Connor: ‘I can’t wait to get going’ Gallery

Michael O’Connor: ‘I can’t wait to get going’ 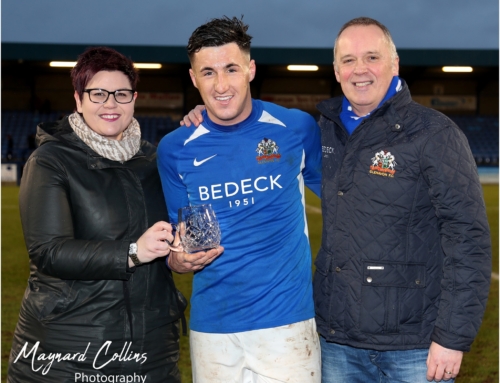 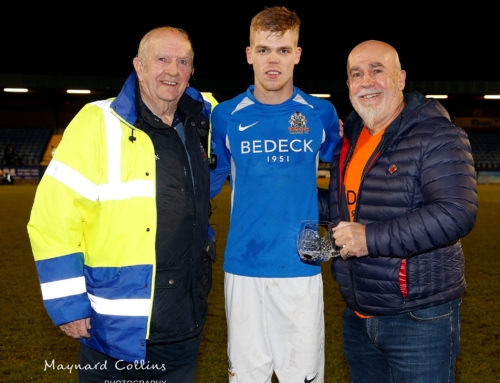 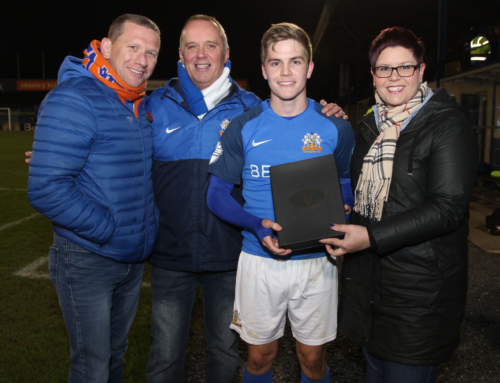