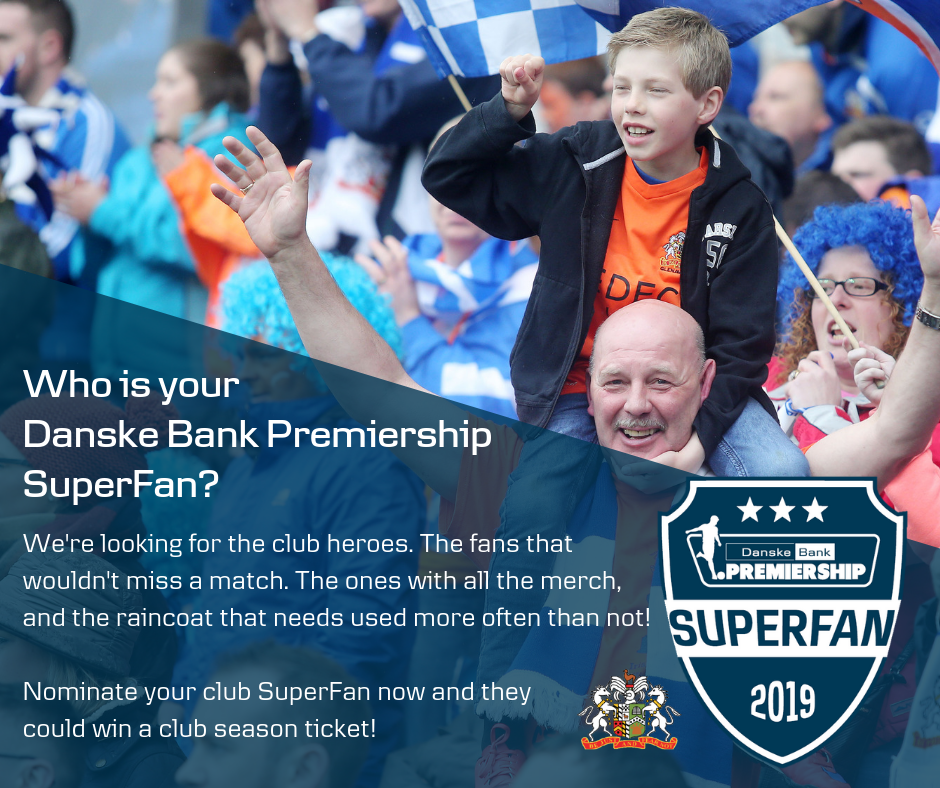 To recognise the lifeblood of the game and give something back to the incredible fans the NI Football League, in partnership with Danske Bank, have launched the Danske Bank Premiership SuperFan Awards for the second year.

Do you know a Glenavon SuperFan? We want you to nominate and reward someone in your club to win a 2019 Danske Bank SuperFan Award, and a season ticket for the 2019/20 campaign.

“We’re looking for the fan who goes the extra mile to support their team. They’re the loudest voice on the stands, or maybe they work behind the scenes to help everything run smoothly. They’ve never missed a match, rain or shine, home or away – they’re a permanent fixture at your club. You probably already know who we’re talking about!

“We all know it’s the fans that make football special, and while the fierce competition between clubs lives on, the dedication and support of the club fans unite us all. This is a great opportunity for us and our sponsors Danske Bank to say thank you.”

All we need to know is who you’re nominating, their club and why they deserve to be the next SuperFan.

Nominations close at midnight on the 10 April 2019. The winning SuperFans will then be invited to a special ceremony at Windsor Park to receive their awards in May. 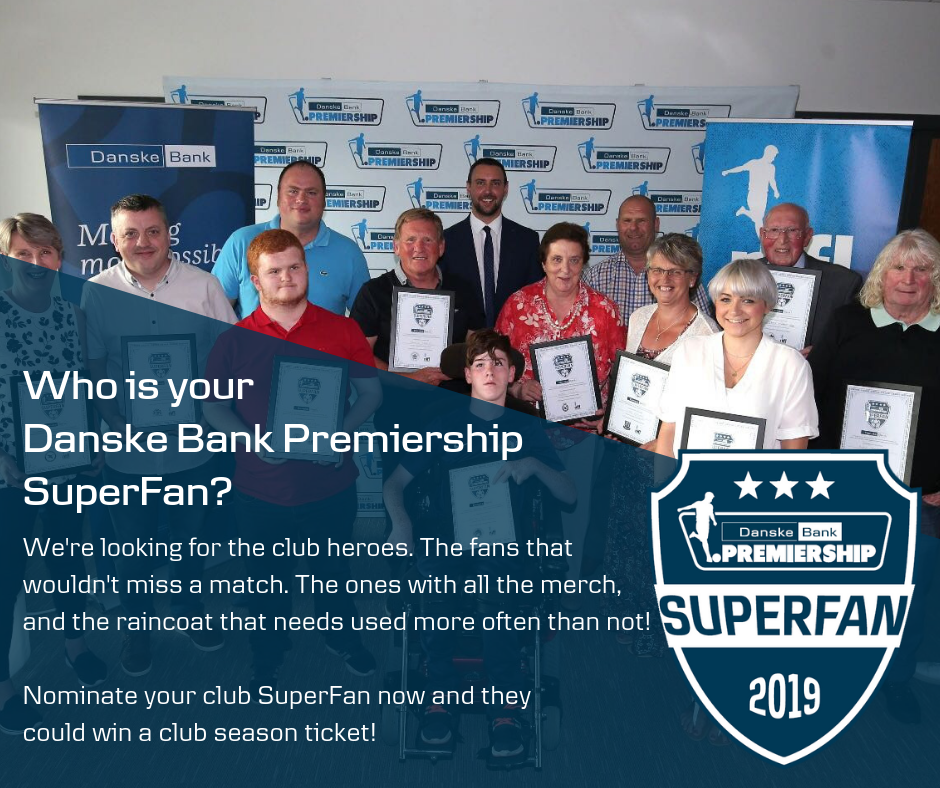 Last year’s Glenavon SuperFan was Tom Mitchell, shown on the left of the photo after receiving his award.