Glenavon travel to Solitude on Saturday to take on 5th-placed Cliftonville with the Reds three points behind the Lurgan Blues. With the two teams and Linfield all competing for third place and potential automatic Europa League qualification, should Coleraine win the Irish Cup on the first Saturday in May, this promises to be a hard-fought encounter. If Linfield drop points against Crusaders, a win for Gary Hamilton’s side would see them move back to third ahead of David Healy’s side. Cliftonville have the prospect of qualifying for Europe if they win the Irish Cup showpiece against Coleraine.

Last time they met the teams played out an entertaining 1 – 1 draw in front of the Sky Sports cameras at Solitude with Andrew Doyle opening the scoring with his first goal for the Club and winning the Sky Sports Man of the Match award. Doyle is a doubt for Saturday’s game after being forced off before half time in last week’s 1-1 draw with the league leaders at Seaview and Sammy Clingan is again unlikely to be risked on the 3G pitch. 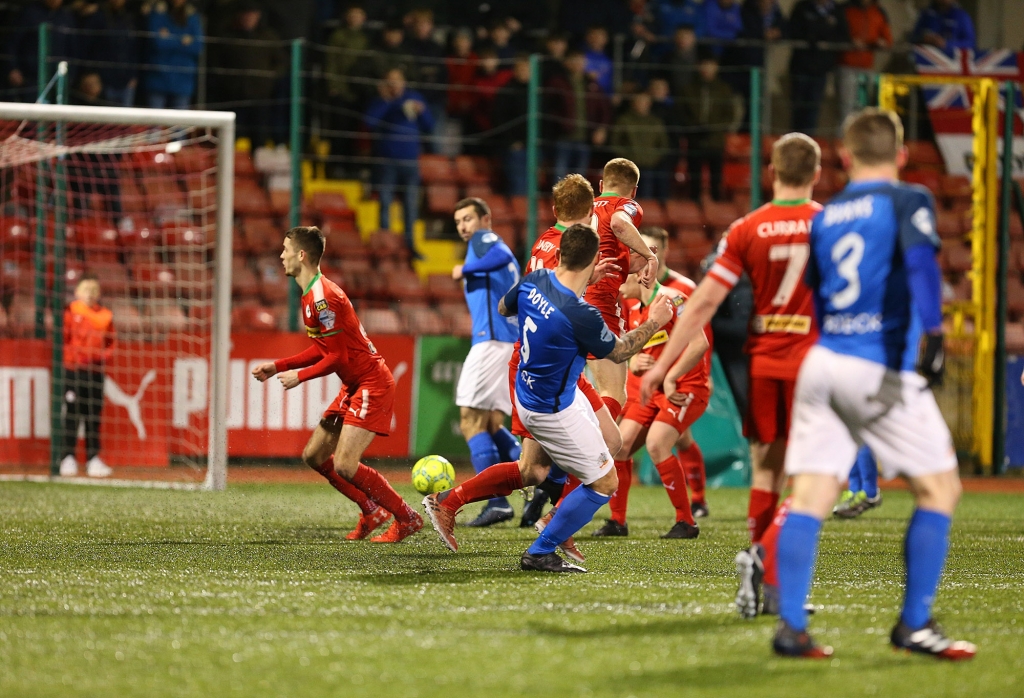