Glenavon and Dungannon Swifts meet at Mourneview tomorrow in one of three all-Premiership Tennents Irish Cup 6th Round ties.

Games between the sides are usually closely fought affairs and Gary Hamilton isn’t expecting it to be any different tomorrow. “We don’t get easy games against Dungannon; they’ve proved to be very difficult for us over the last five or six years. It’s a cup tie so anything can happen and you just hope you can get the rub of the green when you need it and hope that the boys go out and rise to the occasion.

“I said to the boys, you only get a limited number of opportunities to win trophies in your career and this is a chance to get into the next round and hopefully go all the way.”

The first league game between the sides at the end of September at Mourneview ended one-apiece, a sensational late strike from Paul McElroy cancelling out a Bobby Burns opener. The return fixture at Stangmore Park saw Glenavon ease past the Swifts 3-0 despite having James Singleton sent off after 62 minutes. An opening goal from Mark Sykes and a double from Sammy Clingan were enough to see Glenavon earn all three points.

On Monday night a Glenavon side featuring no less than three teenagers earned a well-deserved 1-1 draw against Cliftonville with Andy Doyle scoring a cracker for his second goal in as many games, his first goals since joining the Lurgan Blues at the start of the 2016/17 season. Doyle’s excellent performances last season earned him a deal that secures his services until 2021.

In Round 5 Dungannon had a comfortable 4-0 home win against Limavady United but Glenavon was taken to extra time away to Carrick Rangers after the game finished 1-1 in normal time. Extra time goals from James Singleton and Andrew Mitchell saw the Lurgan Blues safely through to Round 6. 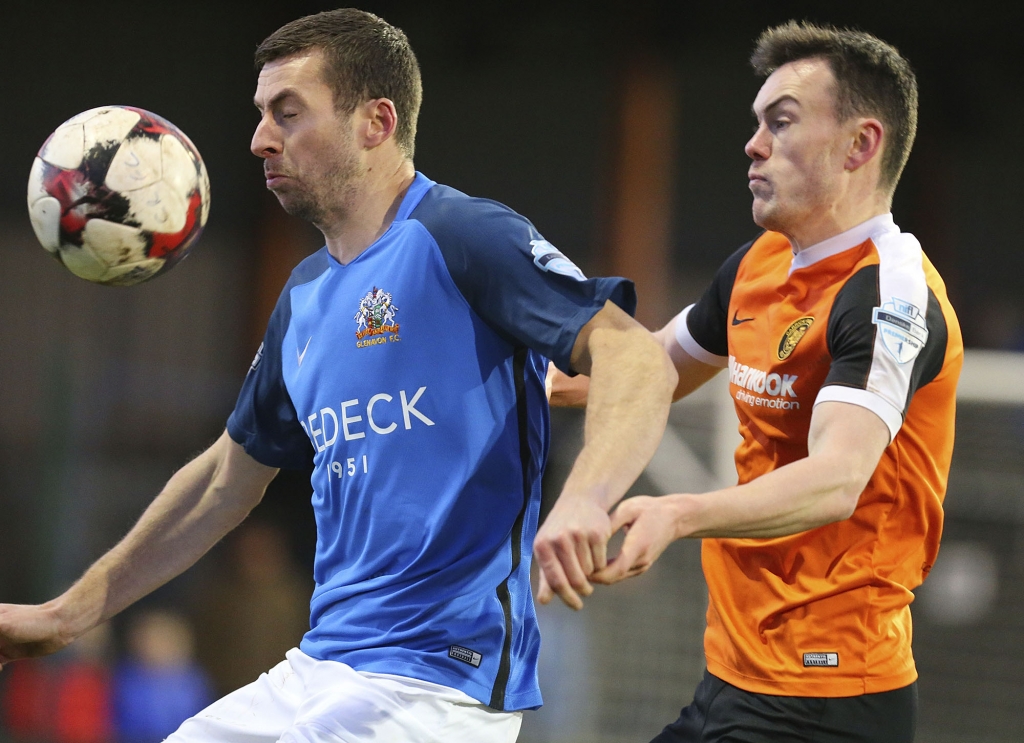 Stephen Murray made his Glenavon debut against Carrick in Round 5. Photo by Alan Weir.