Glenavon missed out on the chance to go top of the Danske Bank Premiership standings, at least until Coleraine and Linfield took to the field on Saturday afternoon, as they had to settle for a 1-1 draw against Dungannon Swifts at Mourneview Park on Friday night (September 29th).

Bobby Burns put the Lurgan Blues in front just before half-time, but they failed to add to their lead in the second half and a stunning late goal from Paul McElroy rescued a point for the Swifts.

The game began at a frantic pace, with both sides having opportunities to score inside the opening minute. First Glenavon’s Mark Sykes produced a delightful first touch from a Rhys Marshall throw-in to turn Ryan Harpur and drive into the box. He fizzed a cross along the six-yard box which deflected off Dungannon defender Liam McMenamin and struck the base of the post. 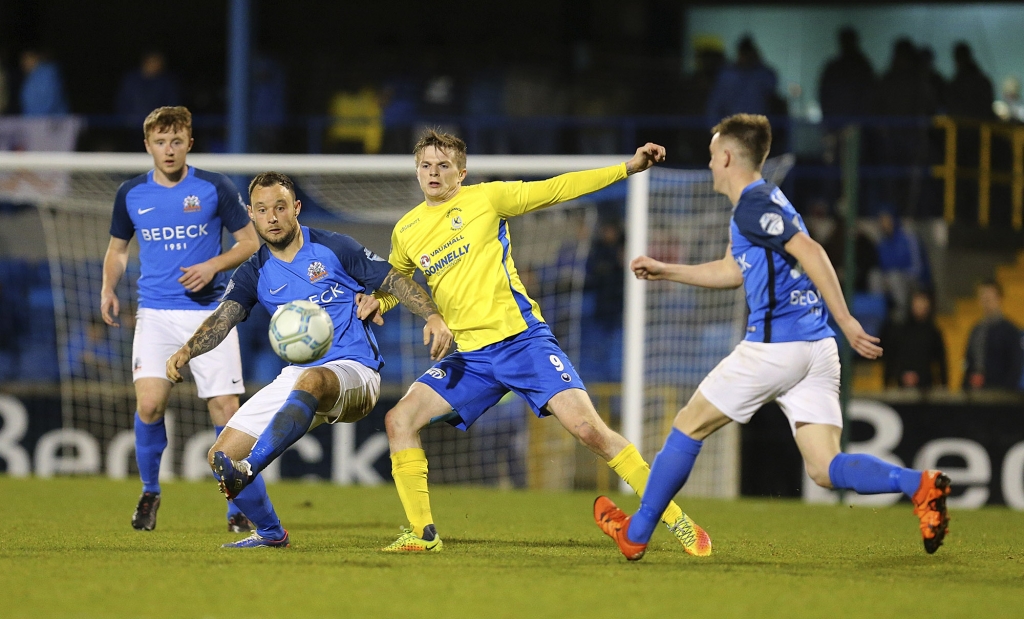 From there the Swifts broke and McElroy squeezed an effort in from a tight angle. Jonathan Tuffey kept the shot out but the ball fell to Ryan Mayse, only for the former Ballinamallard man to scuff his left-foot shot when in an excellent position.

Glenavon threatened again in the eighth minute. Burns held the ball up well on the edge of the Swifts penalty area before bringing Adam Foley into play. Foley in turn fed it wide to James Singleton, and it was Burns who met the left-back’s cross, but he could only head over the top.

Ten minutes later the visitors wasted a great opportunity. Cormac Burke whipped a corner to the far post, but Harpur and defender Davy Armstrong got in each other’s way and Armstrong could only direct his header wide.

On the half-hour mark Marshall ghosted past Burke and fashioned a shooting opportunity for himself, but he dragged his low shot wide from 25 yards.

Then, just four minutes later it looked like some neat football between Marshall and Andrew Hall had created another shooting opportunity for the right-back, only for Armstrong to come across and make an excellent block. 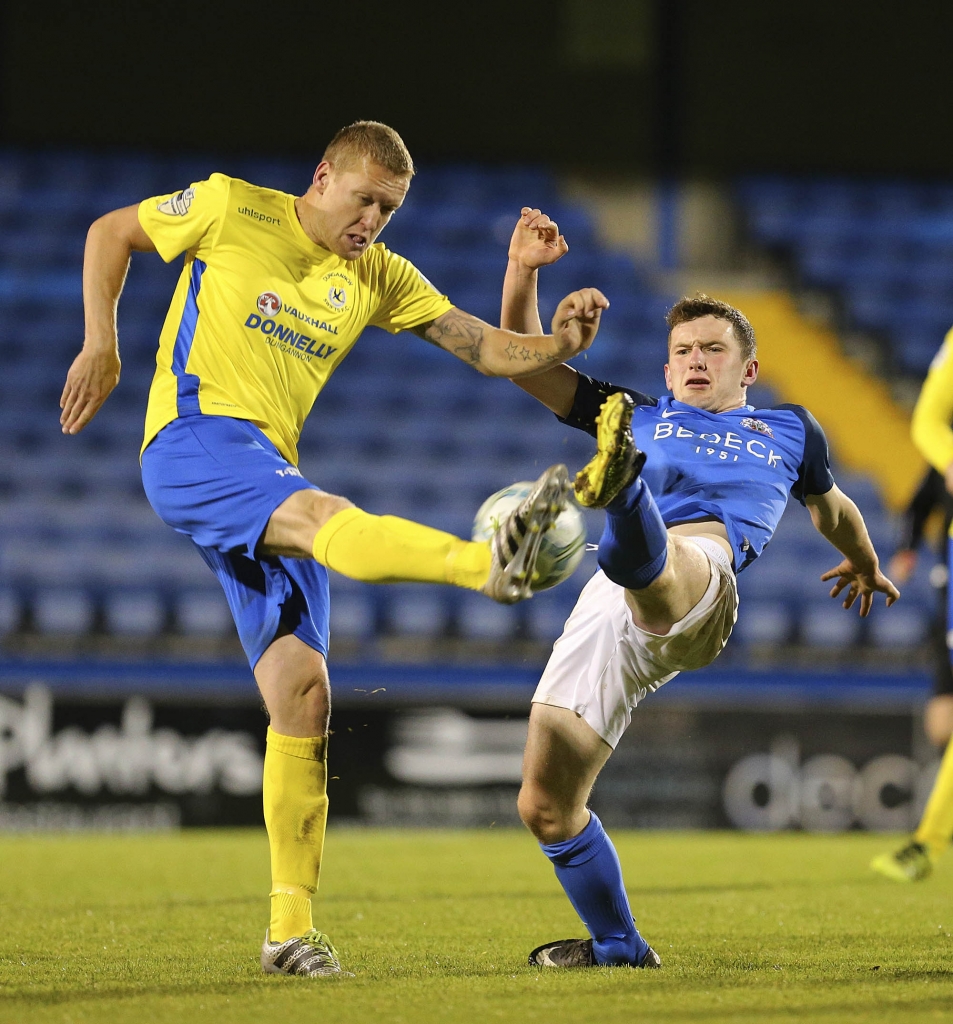 Glenavon had the lion’s share of possession in the first half but the Swifts were always a threat on the break. That was how Mayse was presented with the visitors’ best opportunity of the opening period, Burke lifting a through ball over the Glenavon defence to send him clean through on goal. However, Tuffey stood tall and made an excellent save with his right boot.

Four minutes before the break the deadlock was finally broken, and it was the home side who went in front, executing a brilliant counter attack of their own. Harpur’s free-kick into the Glenavon penalty area was cleared by Sykes to Marshall. Some neat one- and two-touch play between Marshall, Burns and Andrew Mitchell sent Marshall clear down the right and his cross fell to Foley. Armstrong blocked the winger’s effort, but when Mayse failed to clear Foley capitalised, sliding a cross in for Burns, who made no mistake, turning the ball past former Glenavon goalkeeper Stuart Addis to claim his third league goal of the season. 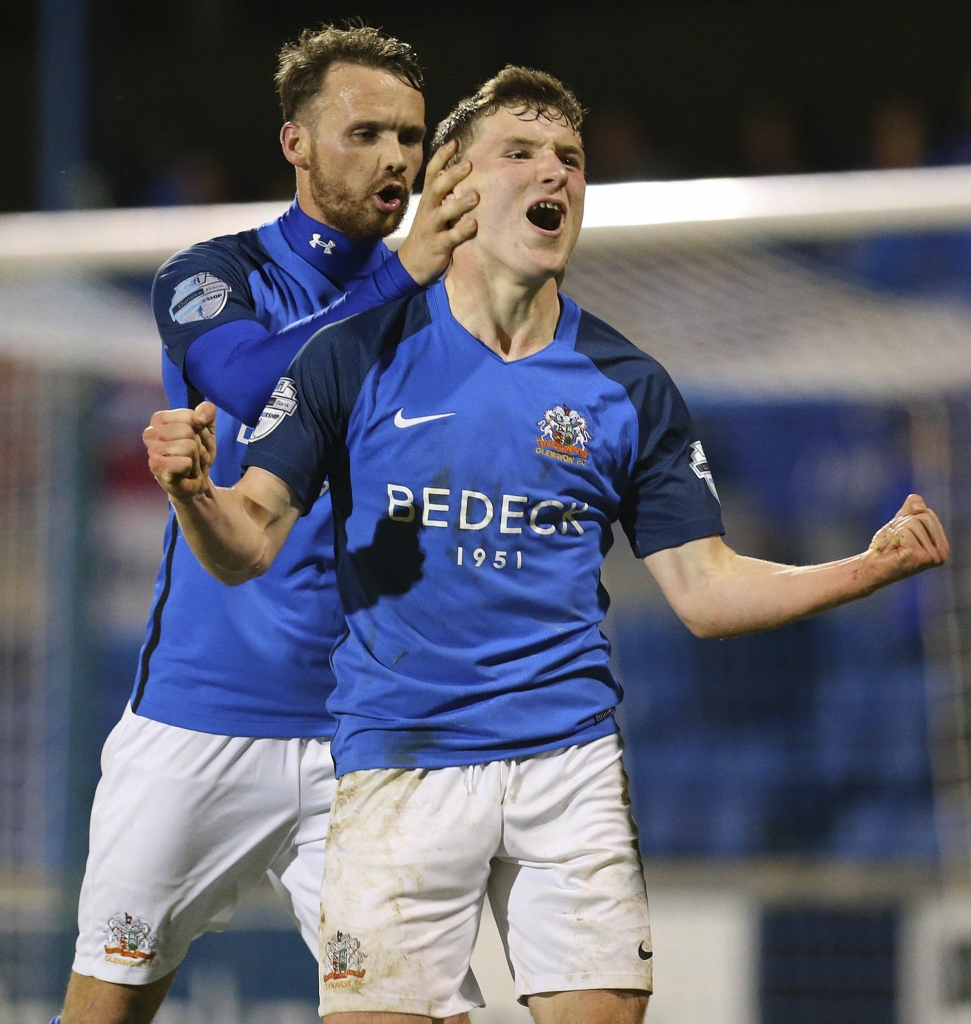 The second half was not nearly as entertaining as the first, and chances were few and far between. A mix-up between Tuffey and Andrew Doyle presented McElroy with a shooting opportunity from distance, but his effort was easily saved by Tuffey, while at the other end Addis made an equally comfortable save from a Hall free-kick.

However, just six minutes from time McElroy produced a sensational strike to ensure that the Swifts left Mourneview with a point. When Marshall’s headed clearance fell for McElroy, the striker turned inside Sammy Clingan before unleashing an unstoppable shot from 25 yards out with his weaker right foot which went in off the underside of the bar, giving Tuffey no chance.

Glenavon have a fortnight to wait before they can attempt to bounce back from the disappointment of missing out on taking top spot in the table, temporarily at least, as they were scheduled to travel to Windsor Park to take on champions Linfield next Saturday (October 7th), but that match has had to be postponed due to Linfield’s participation in the IRN-BRU Cup, meaning the Lurgan Blues will next be in action against Crusaders at Seaview on Saturday October 14th. 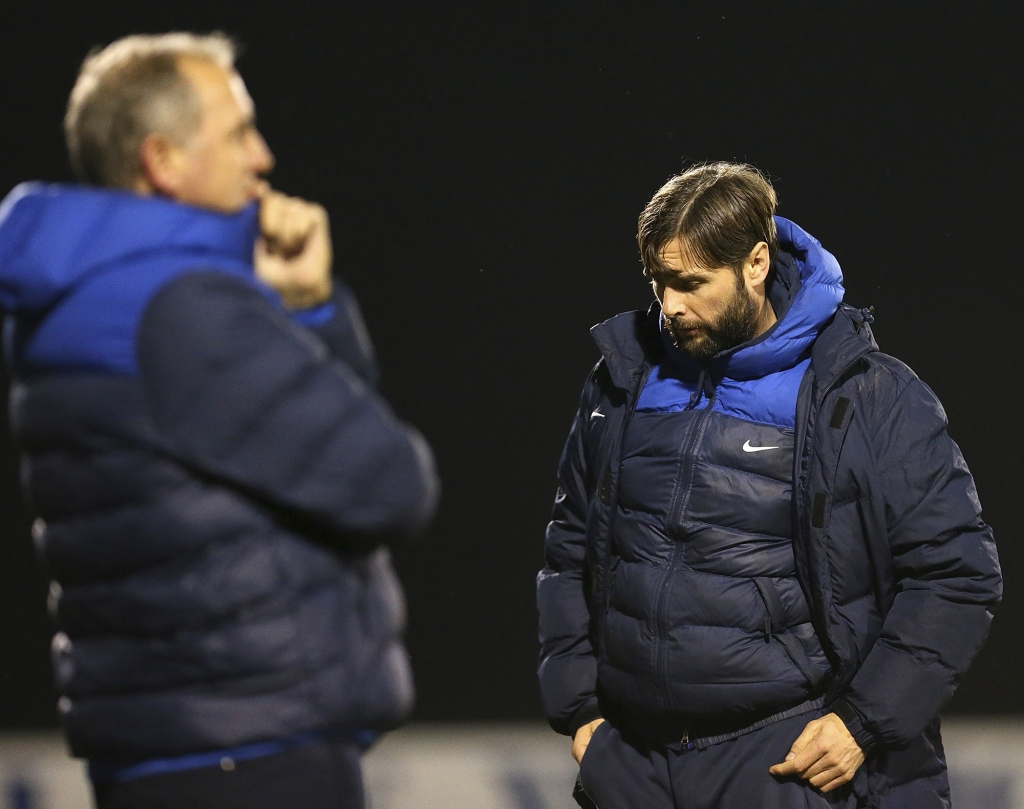