Glenavon got back to winning ways with a 2-0 victory over Carrick Rangers at Mourneview Park on Friday night (September 8th).

The victory was far from a straightforward one, however, as the Lurgan Blues squandered a number of chances in the first half, before finally breaking the resistance of a determined Carrick side midway through the second period, when Sammy Clingan opened the scoring from the penalty spot.

Andrew Mitchell added an excellent second late on to seal the three points for the hosts; a goal which saw the striker move clear at the top of the Dankse Bank Premiership goalscoring chart on six goals.

Glenavon really should have gone in front in the third minute. Mark Sykes found himself in on goal following a neat one-two with Mitchell, but the midfielder blazed his effort over the bar.

Five minutes later Josh Daniels saw his left-footed strike go over the top as well, then Mitchell headed over from Singleton’s cross in the 11th minute. 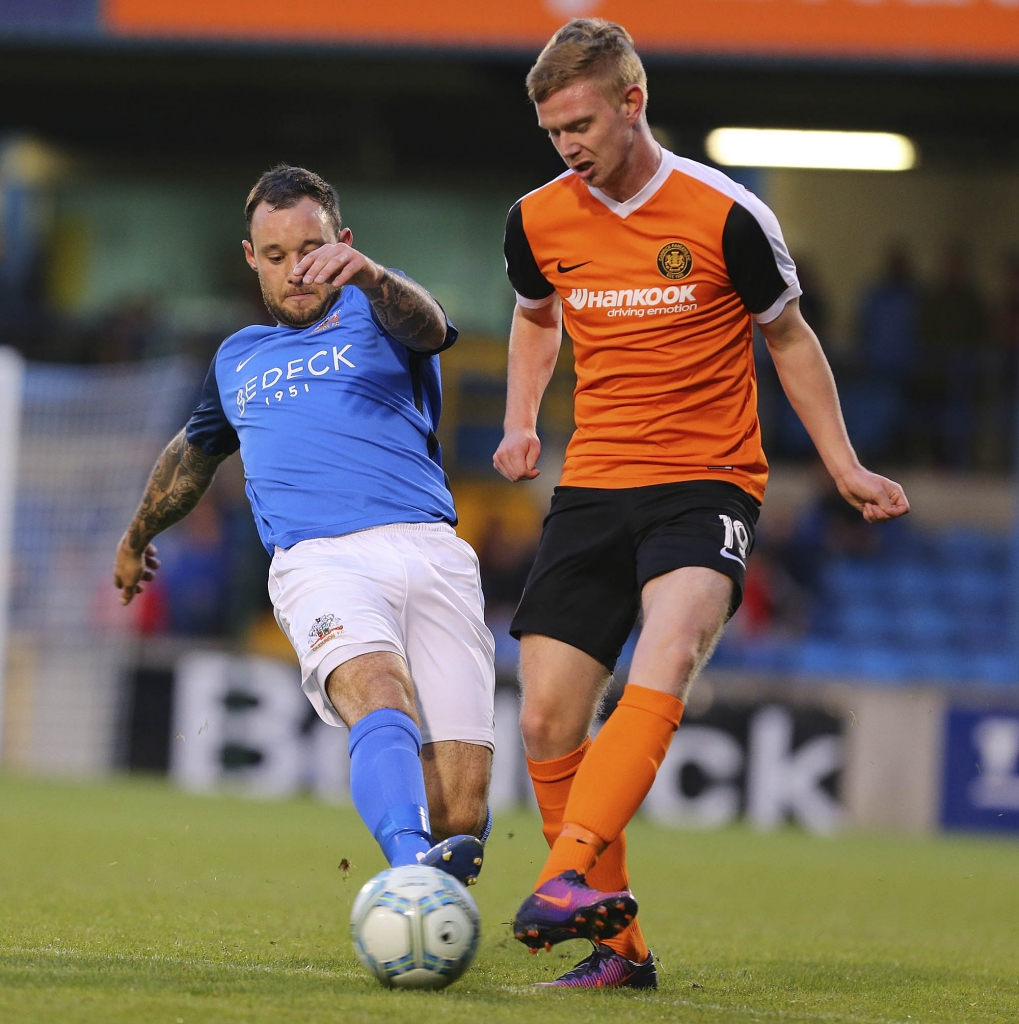 Singleton then wasted a great chance himself on 25 minutes. Andy Hall’s cross-cum-shot came back off the crossbar and fell to the left-back, but he couldn’t keep his effort down with his weaker right foot.

Sykes saw another opportunity go begging in the 36th minute. He latched on to Singleton’s long ball down the left flank and a brilliant first touch with his head took him past Rangers midfielder Dale Malone and into the penalty area, but he could only drag his shot wide of the far post. 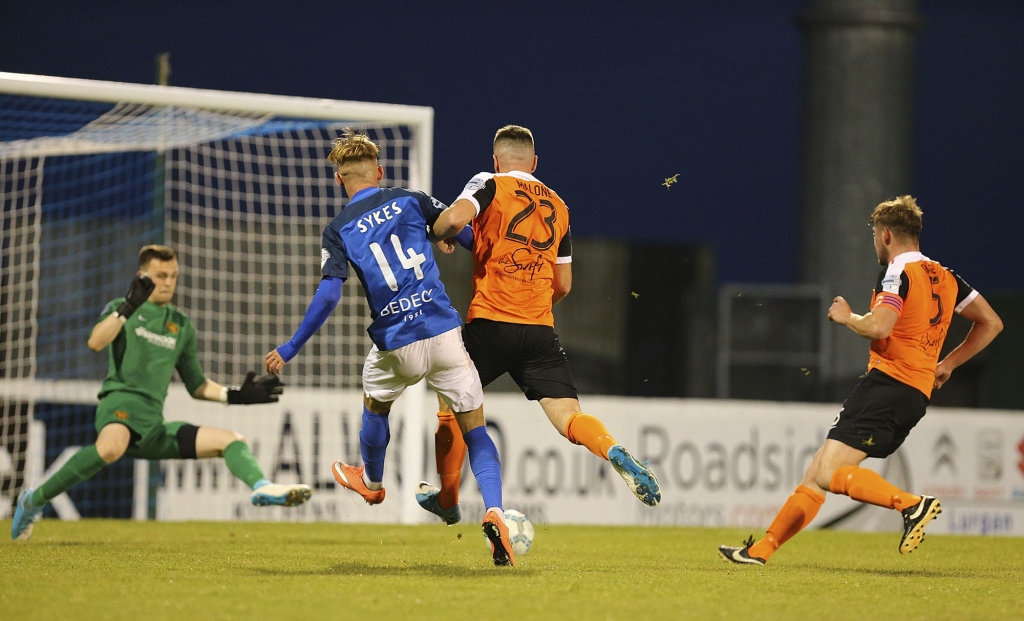 Just before the break Foley saw his well-struck right-footed effort go narrowly over the bar after he had been teed up by Sykes.

Early in the second period Hall’s free kick from 25 yards forced Doherty into making a smart save to turn the ball round the post.

Jordan Jenkins replaced Foley in the 56th minute, and it was the young striker who won Glenavon’s spot kick. Ex-Glenavon defender Patrick McNally barged Jenkins in the back and referee Keith Kennedy pointed to the spot. Clingan stepped up and dispatched the penalty with aplomb, placing it just inside the post and beyond the dive of Doherty. 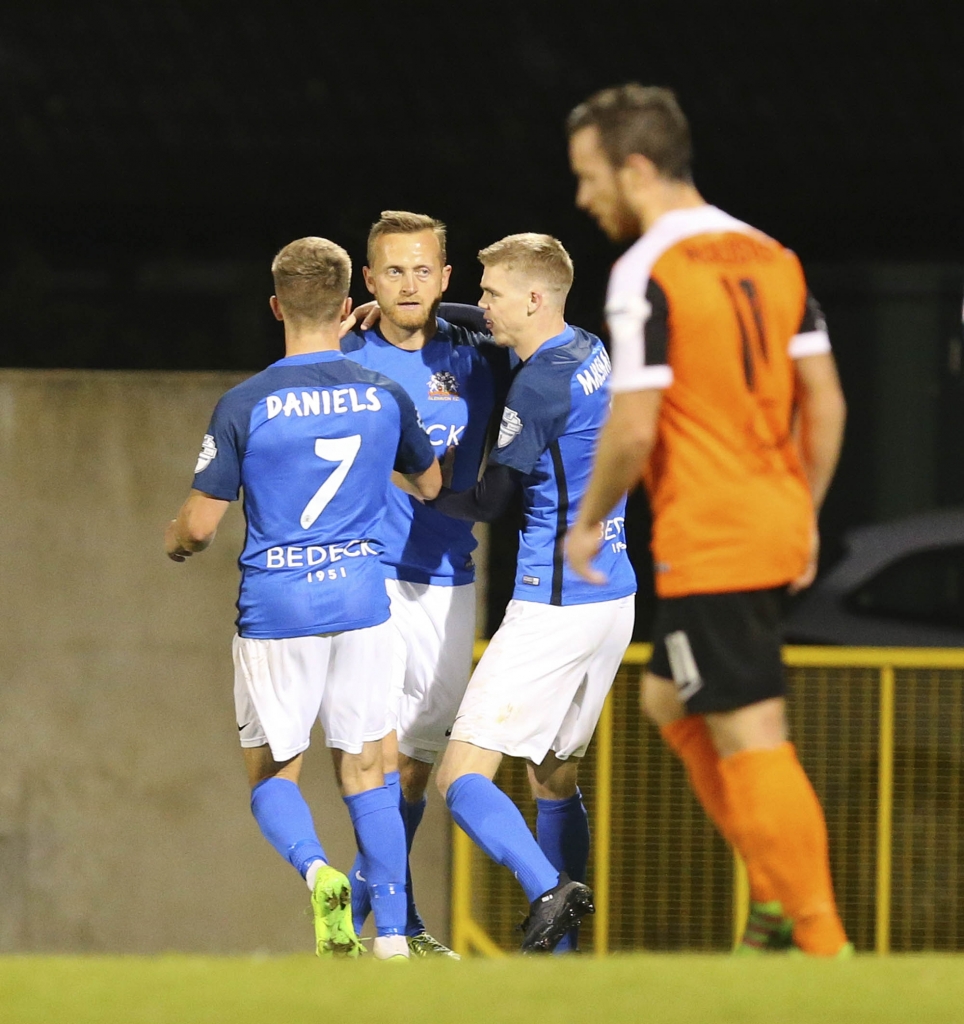 Glenavon came close to adding to their lead on 75 minutes when Singleton headed across goal and just beyond the diving Mitchell, then Stuart McMullan headed over Mark Edgar’s corner for Carrick soon after.

Good build-up on the right involving Hall and Marshall presented Jenkins with an opportunity in the 82nd minute. Doherty was equal to the striker’s shot, but the ball fell for Daniels inside the six-yard box. The winger’s shot came back off the post when he looked certain to score. 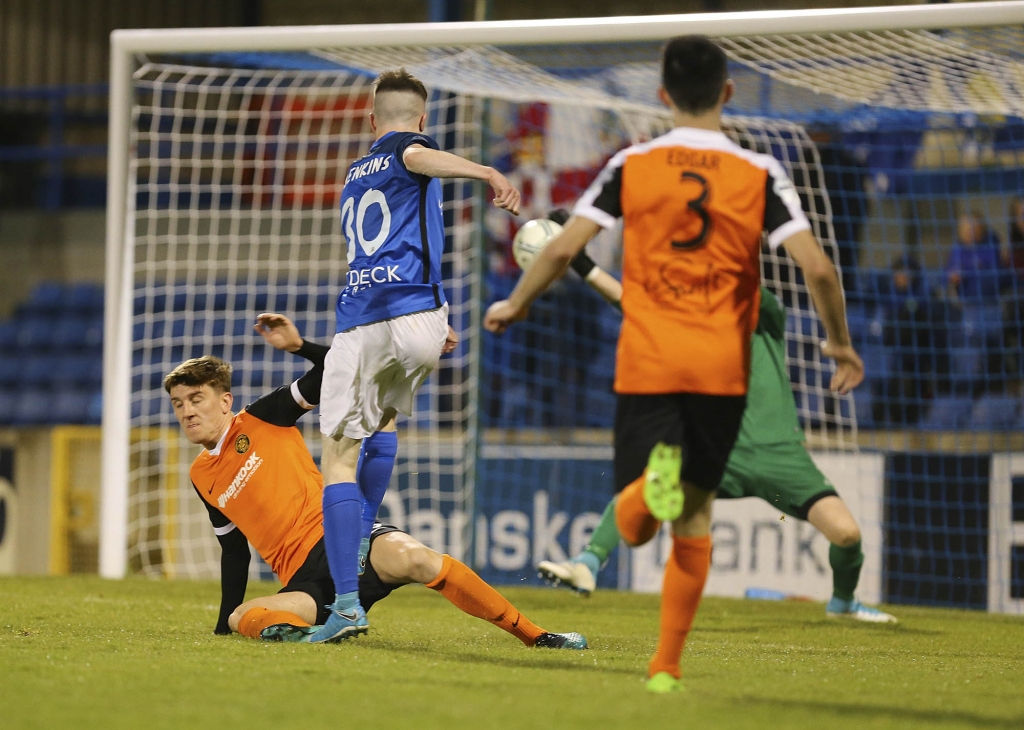 Five minutes later the Lurgan Blues got their second, and it was a goal of real quality. Singleton played the ball in to Mitchell’s feet on the corner of the penalty area. With his back to goal, Mitchell turned inside, dribbled across the edge of the box and past McNally before curling a wonderful shot inside the far post with his right foot. 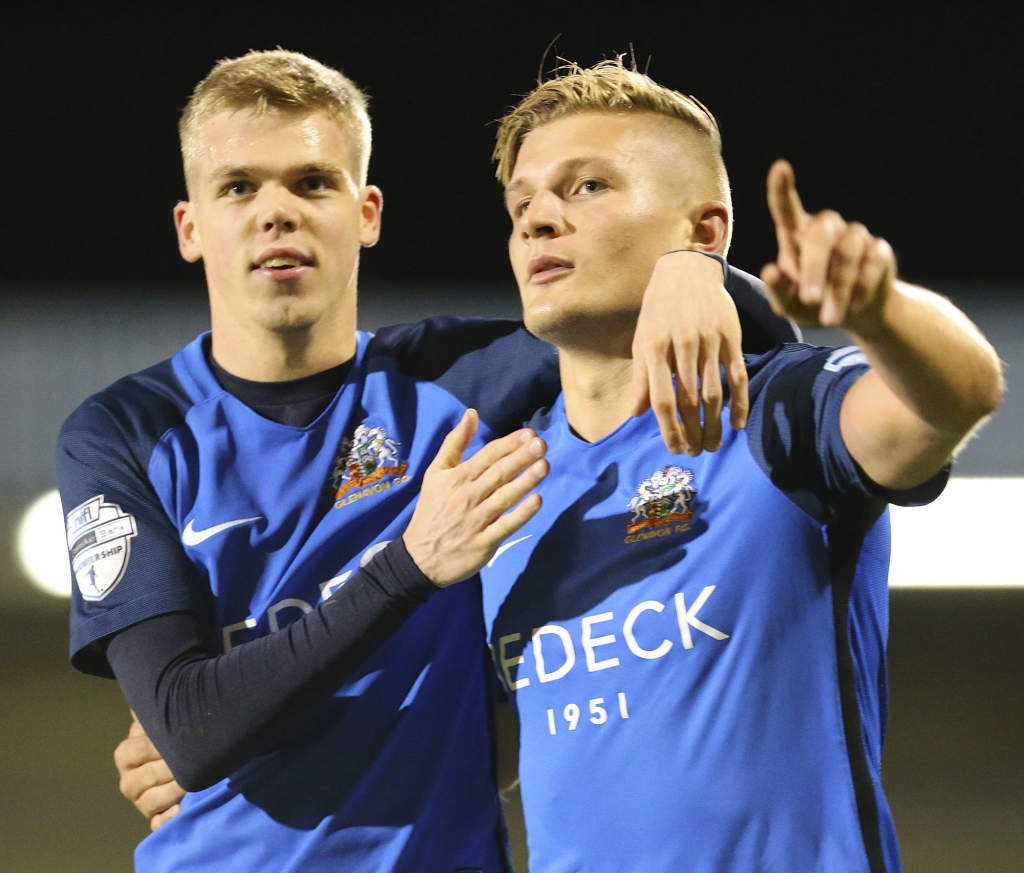 Glenavon’s next match will see them welcome Cliftonville to Mourneview Park on Saturday September 16th for their seventh league fixture of the season.